Chinoike Jigoku is an extraordinary pond located near Japanese city of Beppu. The Japanese word Chinoike Jigoku means "Bloody Hell Pond", filled with red water. Pond water color is change according to the weather. In sunny weather, the pond color turned into orange-red, and in cloudy weather its turned into bright scarlet. During a thunderstorm, the landscape becomes a truly mystical: the water in the pond becomes like a real blood. Red reservoir is formed by a large conontent of magnesium and iron oxide in the source. The geysers of underwater cave that spew per night more than 50 thousand cubic meters of water. Water periodically fills the cave, and the magma heats, leading almost to a boil. After that, there is an emission of red water into the lake and it seems that the lake boils. This phenomenon occurs every 40 minutes. Swim in the Bloody Pond is prohibited because the water temperature reaches 90 degrees. Above the surface of the Bloody Pond produces steam, which creates the impression of being in hell. 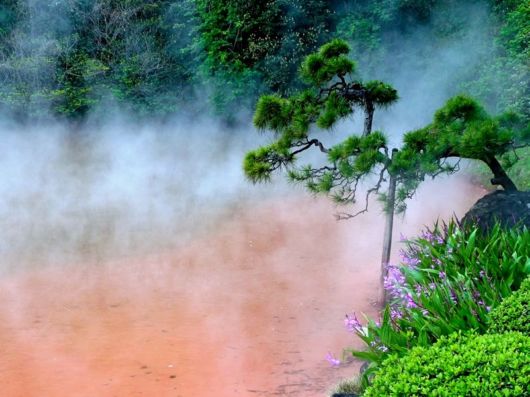 Green foliage on the banks of the Red Pond and rising steam from boiling red water – a truly incredible sight, forcing the pilgrimage, many thousands of tourists. Beppu City has become popular among tourists since it was laid in 1924. Every year, this place is visited by about 12 million tourists from all over the world. Pond fenced small fence to protect unwary tourists. 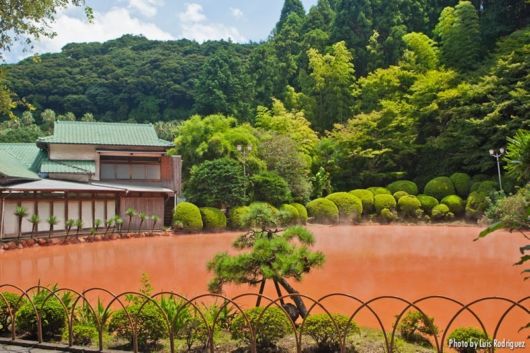 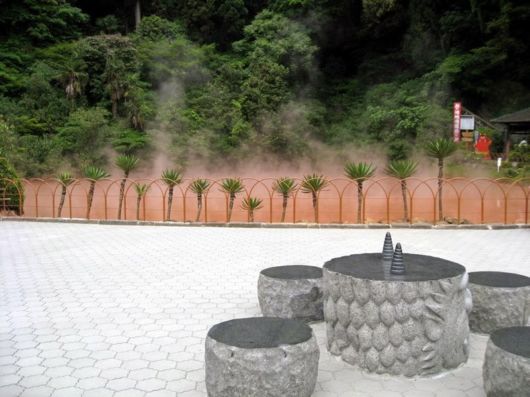 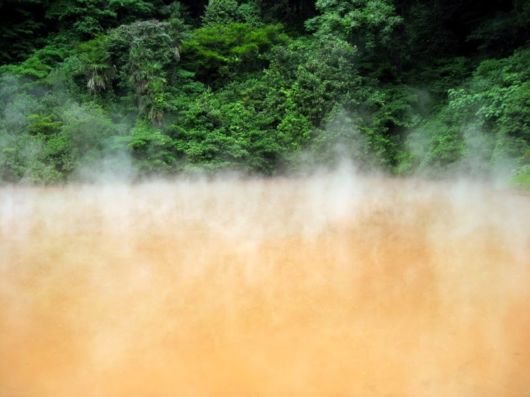 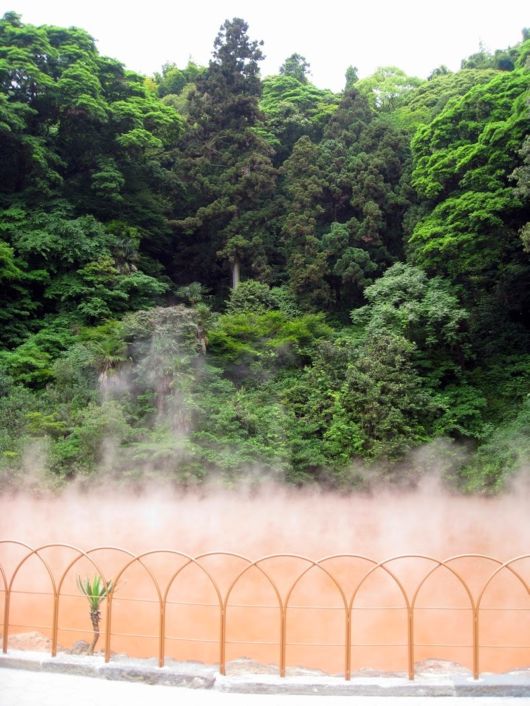 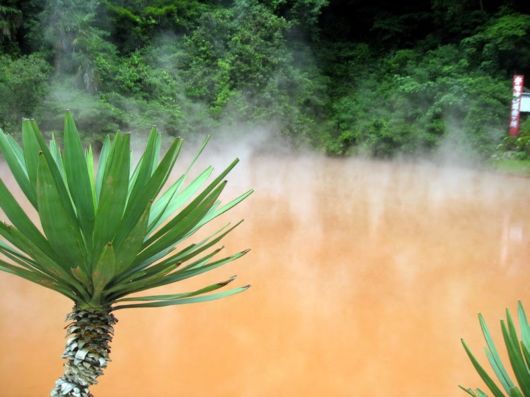 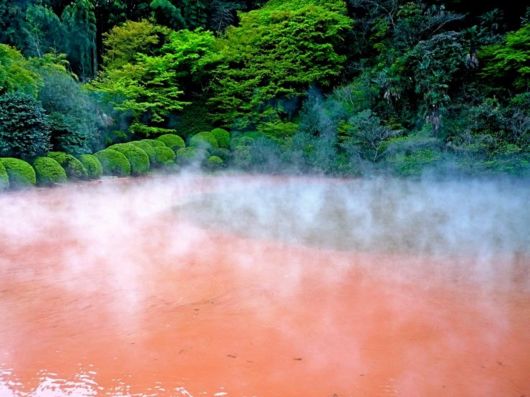 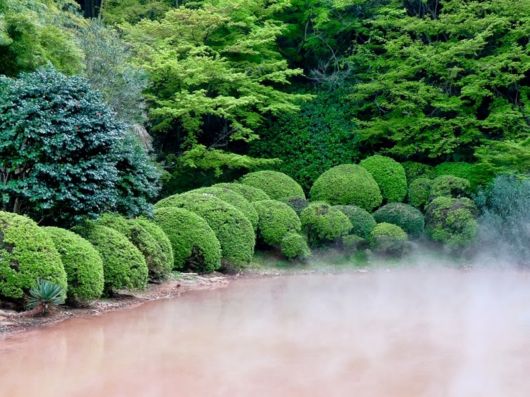 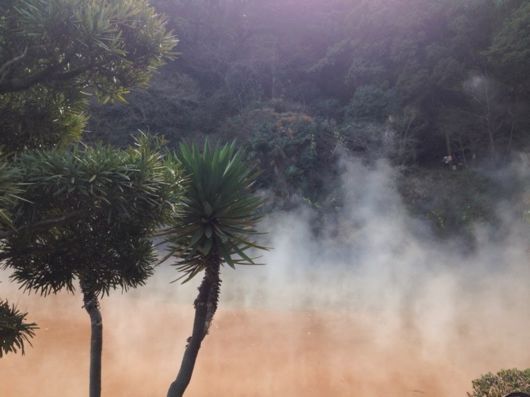 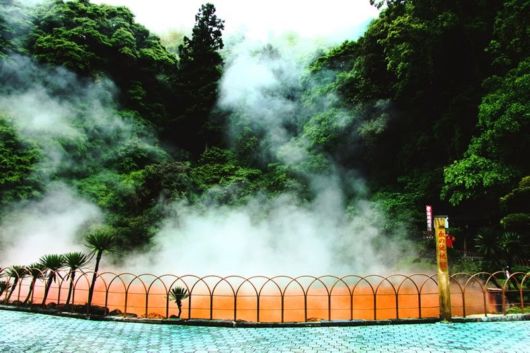 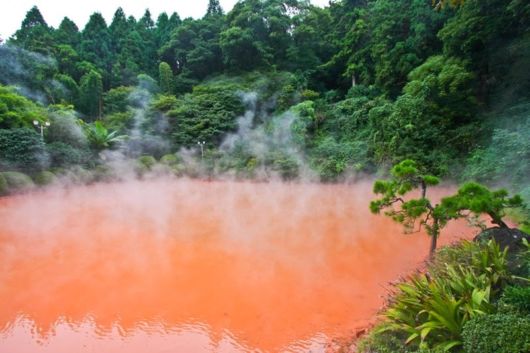 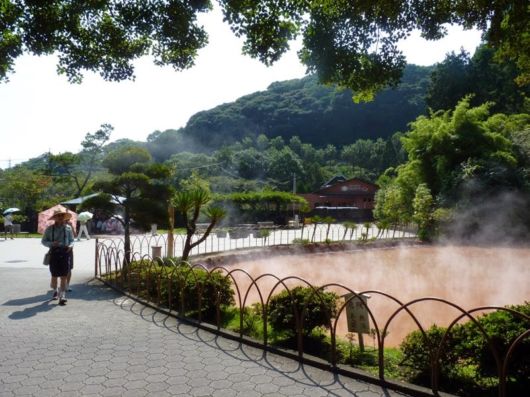 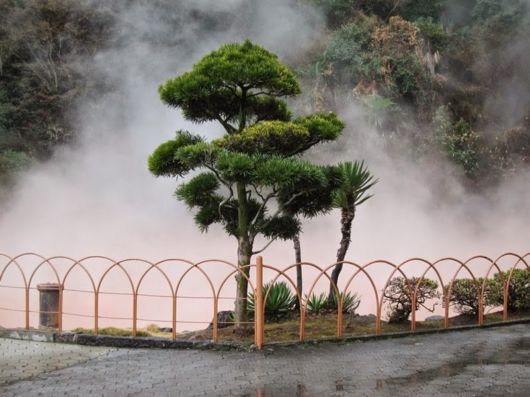 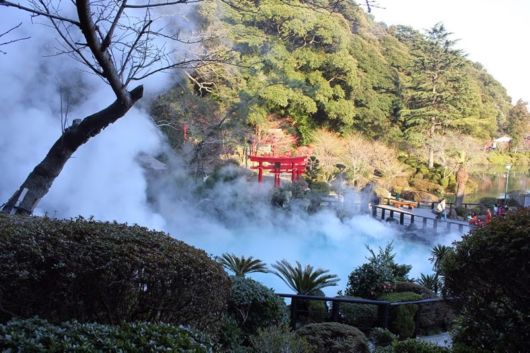 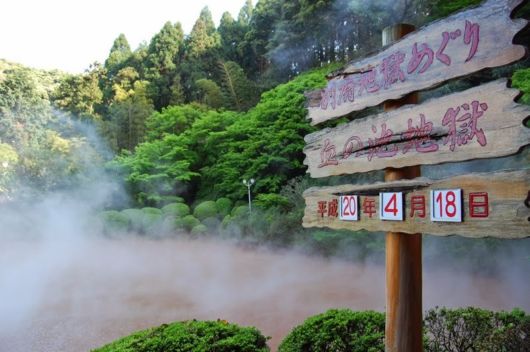 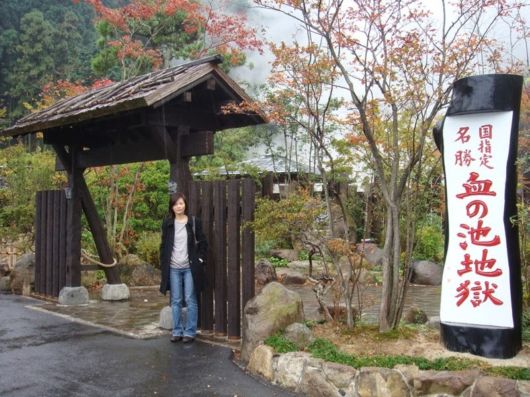