These incredible moments were masterfully captured on camera by amateur photographer Martin Zalba.

Despite taking up photography as a hobby a little over two years ago, Martin’s powerful images crackle with electricity and power. 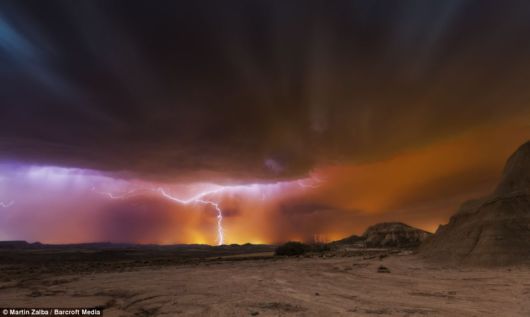 Captured: Lightning strikes in the Bardenas of Navarra, Spain

However, the high school music teacher, from Navarra, Spain, said his images of storms in the Spanish desert owe as much to luck as they do technical skill.

‘Storms are frequent in Navarra in August and September,’ explained the self-taught photographer. ‘I had never taken photos of lightning before and these were my first attempts.

‘To watch the storms is amazing because you can feel the power of nature and you feel very weak and small. Beams fell to the earth, exploded and produced a huge noise. It was scary.’ 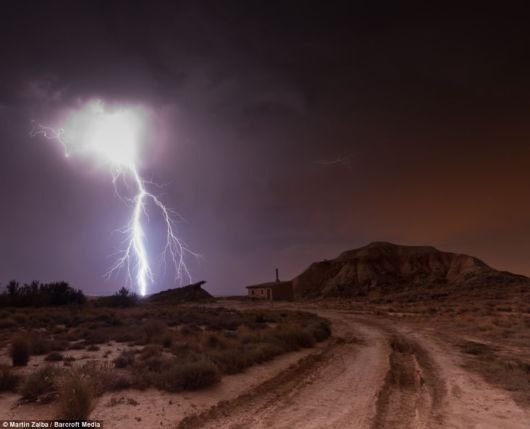 Bolt out of the blue: This image shows the incredible light show seen in the Spanish mountains 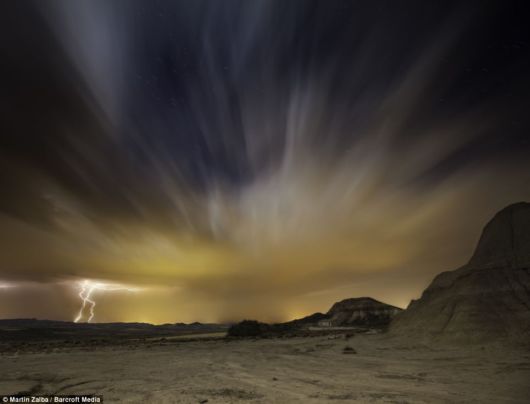 The sky’s the limit: Out of a thick bank of cloud amateur photographer Martin Zalba snapped these two bolts shooting out at the same time 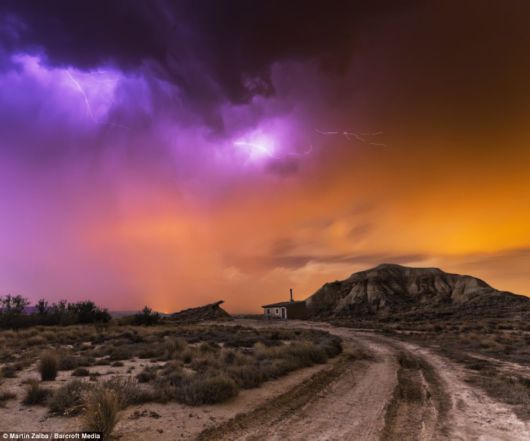 Cracking shot: Despite only taking up photography as a hobby a little over two years ago, Martin’s snaps are incredible

From mesmerising sunsets to star speckled night scenes, the images conjure up a sense of otherworldly magic and untouched nature.

In September, Martin took his camera equipment to Bardenas Reales de Navarra in the south of the country and spent three hours watching the storms unfold.

‘I had to be careful as it is dangerous,’ he said. ‘It’s not good to get too far away from the car. There was certain danger because a tripod in a storm is like a lightning rod.

‘There were so many lightning bolts in the sky, it was very impressive. With my pictures I try to express my respect towards nature and convey the idea that human beings are only one part of the world, and that each part is as important as the rest.’