One of the most visually stunning Inca ruins is at Moray, an archaeological site in Peru approximately 50 km northwest of Cuzco and just west of the village of Maras. In a large bowl-like depression, is constructed a series of concentric terraces that looks like an ancient Greek amphitheater. The largest of these terraces are at the center ? they are enormous in size, and descend to a depth of approximately 150 meter, leading to a circular bottom so well drained that it never completely floods, no matter how plentiful the rain.

The concentric terraces are split by multiple staircases that extend upward like spokes of a wheel and enable people to walk from the top to the bottom of the bowl. Six more terraces, in connected ellipses rather than perfect circles, surround the concentric heart of Moray, and eight terraced steps that cover only a fraction of the perimeter overlook the site. The purpose of these depressions is uncertain, but the most widely agreed theory is they used to serve as ?agricultural research station?. 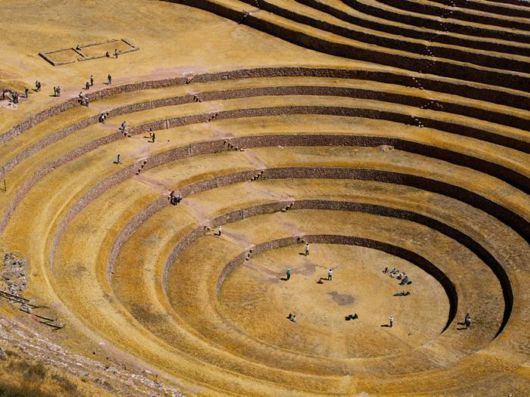 One of the most remarkable feature of the site is the vast difference in temperature that exist between the top and the bottom reaches of the structure, which can be as much as 15°C. This large temperature difference created micro climates, similar to what is achieved in greenhouses in modern times, that was possibly used by the Inca to study the effects of different climatic conditions on crops.

It is no coincidence that the temperature difference corresponds to the natural difference between coastal sea level farmland and Andean farming terraces 1,000 meters about sea level. Furthermore, pollen studies indicate that soils from different regions of the Inca empire was imported to each of the large circular terraces. It is now believed that the Moray terraces were used by Incan priest-scientists to experiment with vegetable crops to determine which should be disseminated for domestic production to farmers with fields all over the Andean region.

Another enigma is the way how drainage for water flowing through the aqueducts worked. The lowest level is perfectly drained and never gets flooded even after incessant rains. It is suggested that there must be underground channels built by the depressions’ bottom allowing water to drain. It is also argued that the bottom is over a very porous natural rock formation that enables water filtering toward the earth’s interior.

We might never know why Moray was constructed, but the agricultural research station is a very likely possibility. Perhaps it is not surprising, since about 60 percent of the world?s food crops originated in the Andes, including hundreds of varieties of maize and thousands of potato varieties. 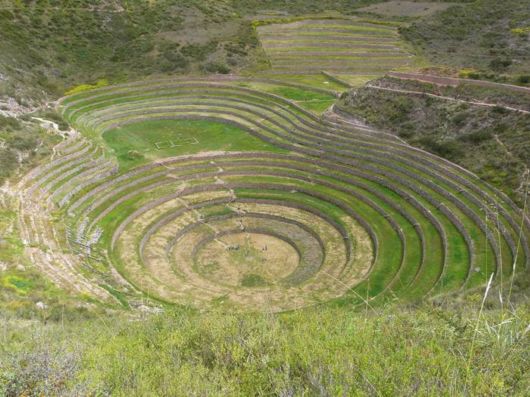 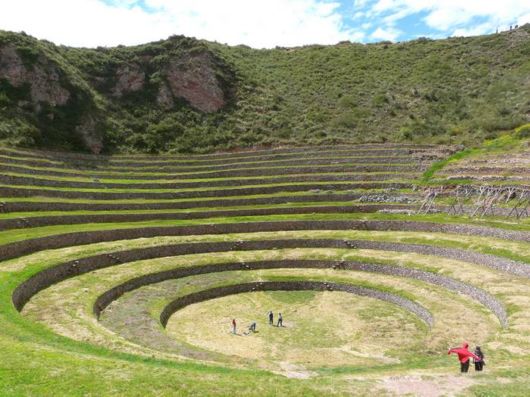 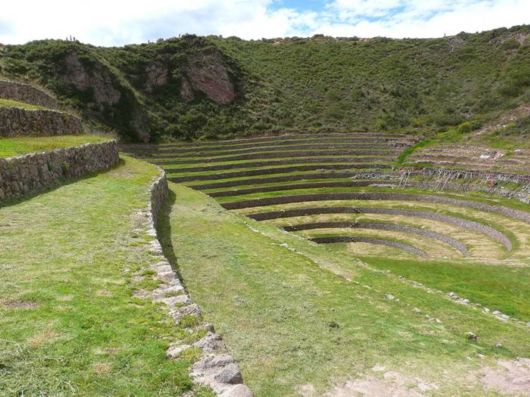 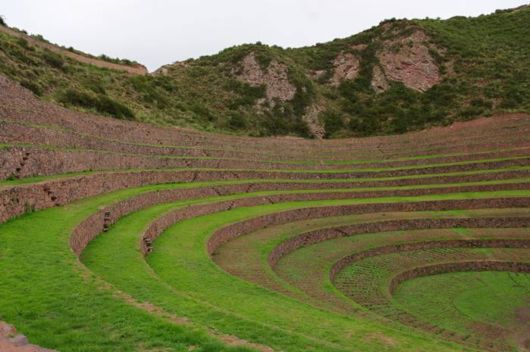 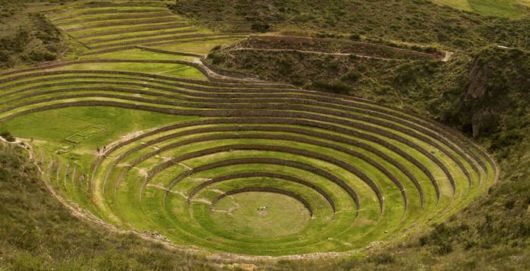 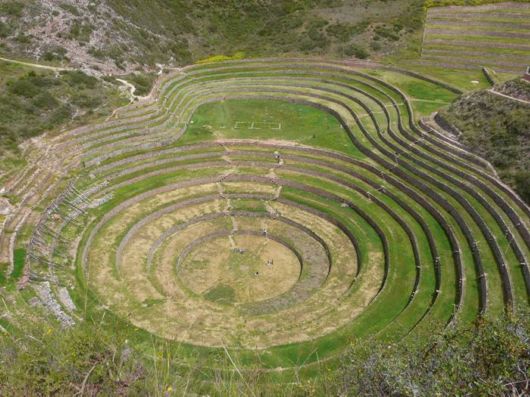 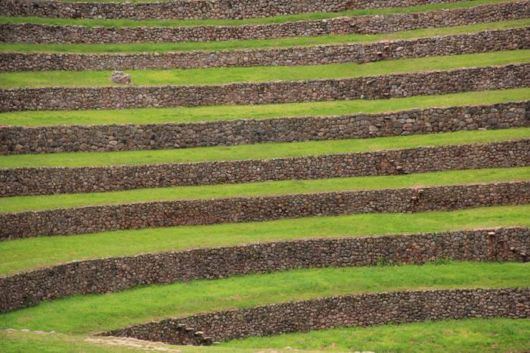 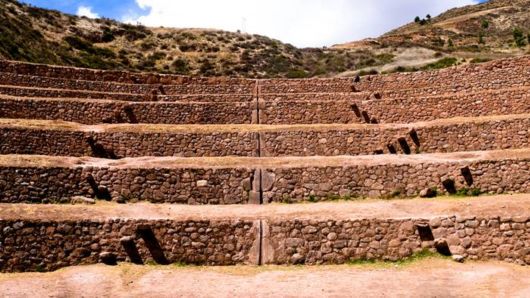 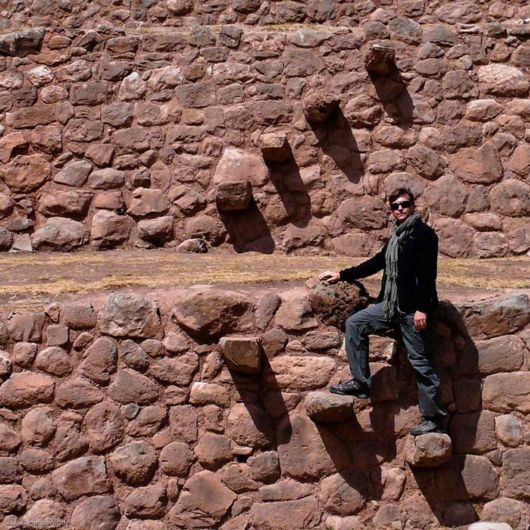 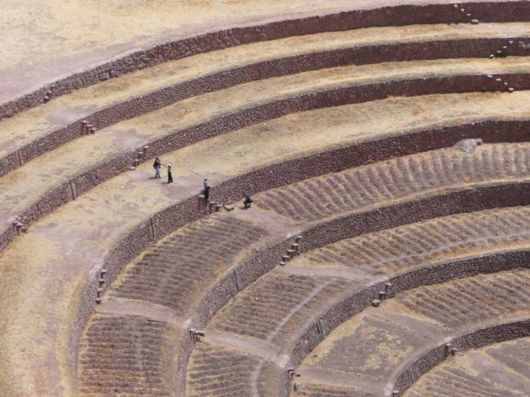 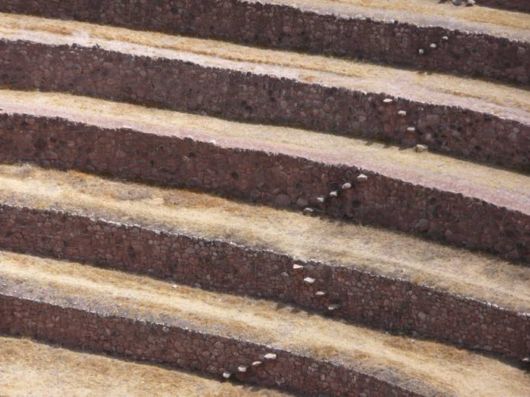 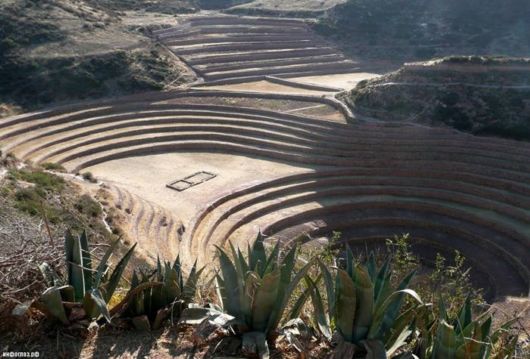 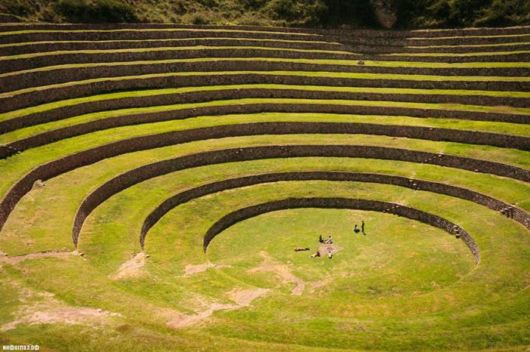 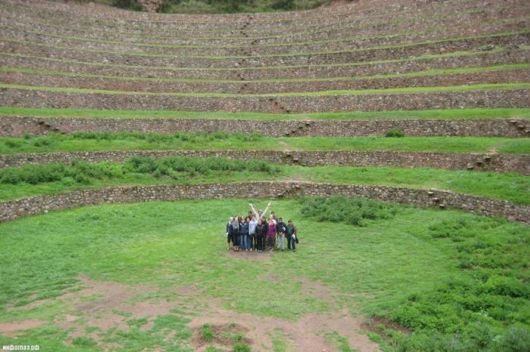 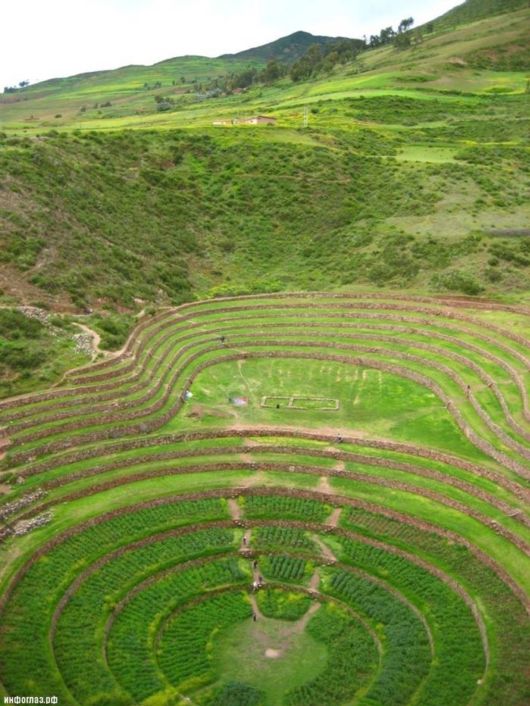 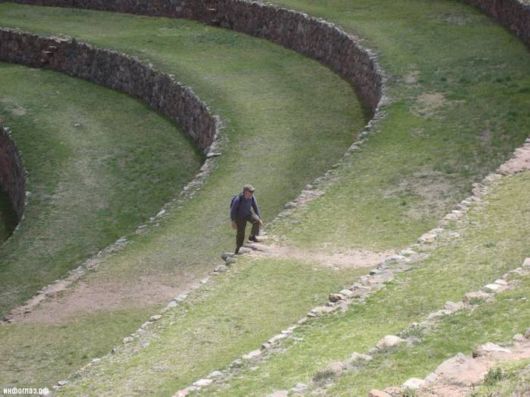