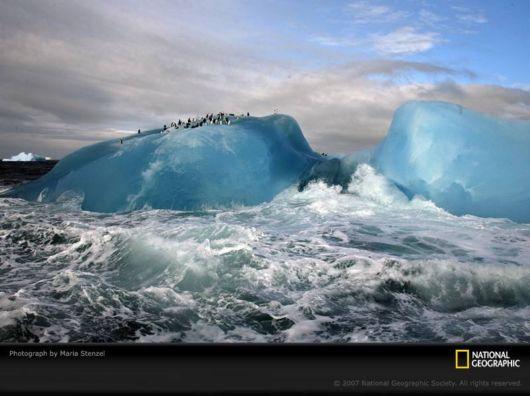 Chinstrap penguins (Pygoscelis antarctica ) ride out high surf on blue-ice icebergs near Candlemas Island in the South Sandwich Islands .
Safe for the moment from predaceous leopard seals, chinstrap penguins are the second most abundant species in Antarctica and the sub-Antarctic. 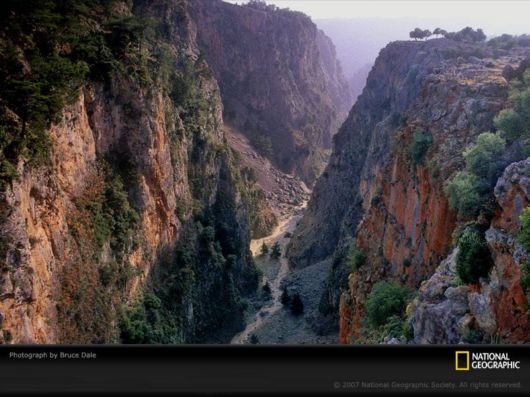 A deep gorge drops some 650 feet (198 meters) near the abandoned city of Araden , Crete . Visitors can descend into the gorge and walk a little more than 4 miles ( 6.4 kilometers) to the Mediterranean Sea .
In addition to magnificent scenery, the gorge provides a 2,460-foot (750-meter) descent to the sea. 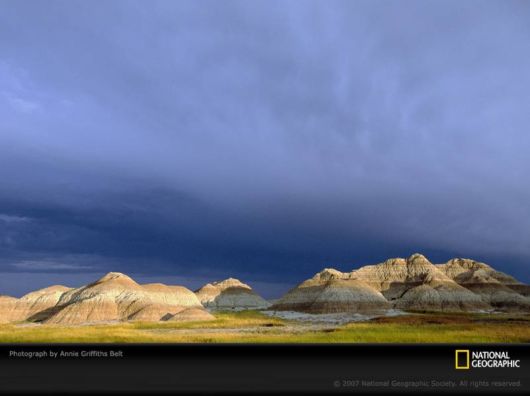 A storm passes over Yellow Mounds Overlook in South Dakota ‘s Badlands , casting light and shadow below.
Although the region’s name derives from the Oglala Sioux words mako sica or "land bad," the Badlands showcase the powerful effects of wind and water and contain fossil beds dating to 35 million years ago. 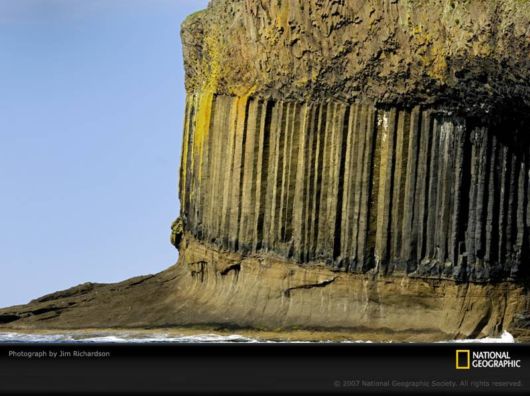 Towering in close symmetry, these basalt columns near Fingal’s Cave form the base of the Scottish island of Staffa .
The columns formed when cooling lava flows met bedrock and the region’s cold weather. The island contains three main caves. 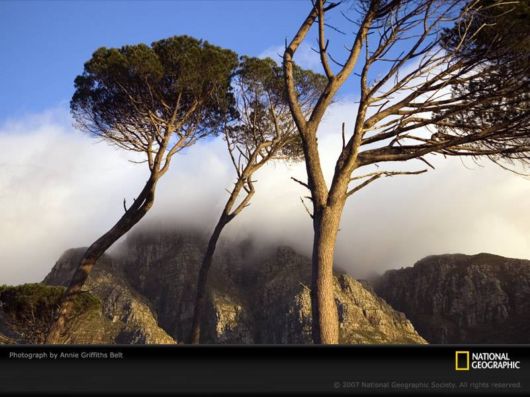 For trees that grow on mountaintops near Cape Town , South Africa , wind can be a magnificent sculptor.
Trees that can handle the wind’s effects best will alter their shape to deal with the load of the wind. 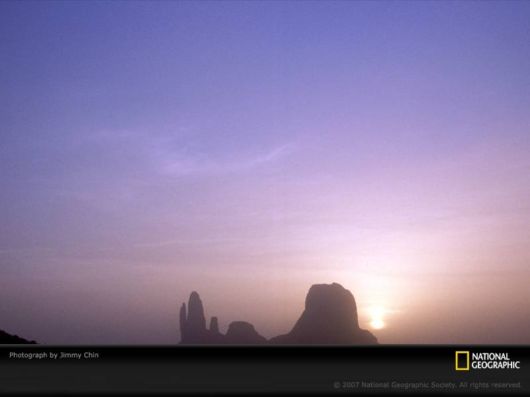 Silhouetted by the sun, the Hand of Fatima rock formations near Hombori village stretch toward the sky in Mali .
The tallest tower rises 2,000 feet (610 meters) from the desert floor. Lore has it that the formations’ name stems from the five towers’ resemblance to a hand from the sky. 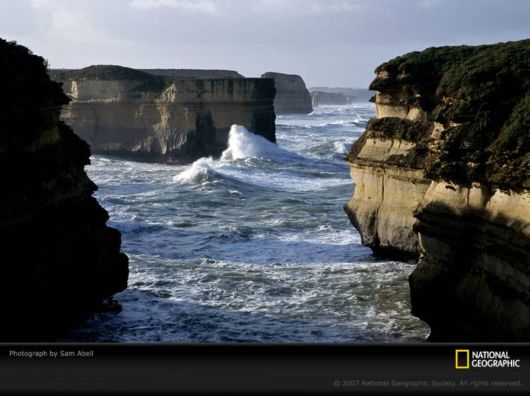 Erosion’s force becomes clear in these limestone cliffs in Port Campbell National Park , Australia.
About five million years ago the area was a limestone plateau, but as sea levels rose the effects of surf and rain began to carve out these magnificent cliffs, along with stacks and arches. 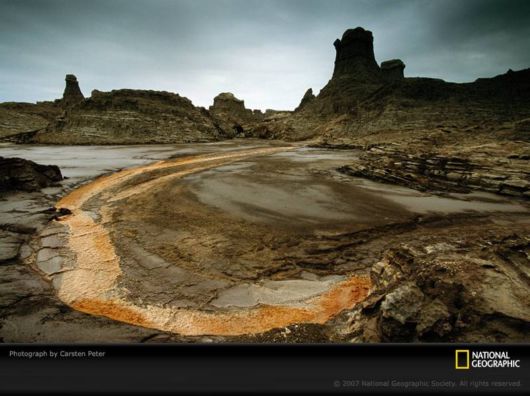 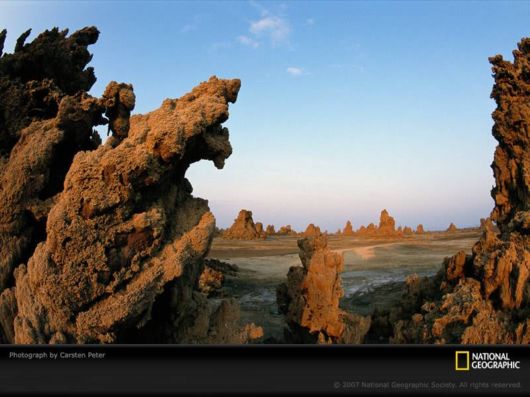 Travertine chimneys near Lake Abbe , Djibouti , were created by hot springs depositing calcium carbonatehe same process that creates stalactites and stalagmites.
Some of the formations reach 165 feet (50 meters) near the lake located on the Ethiopia-Djibouti border. 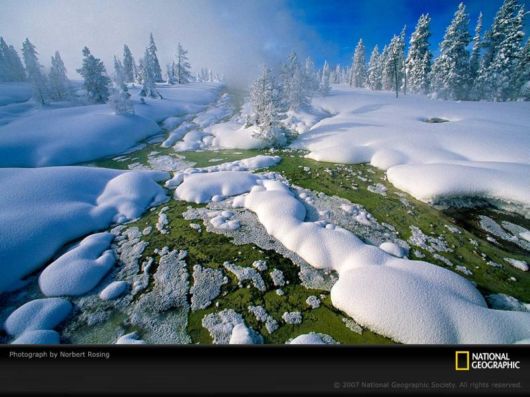