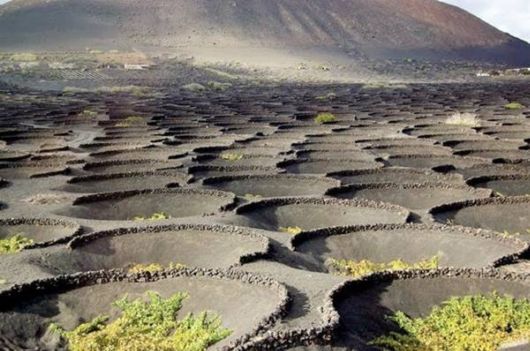 The island of Lanzarote (Lanzarote) refers to the Canary Islands (Spain). It is also called an "island volcanoes" – on a small island is about 60 wide and 15 km are about three hundred volcanoes. In autumn 1730 together with thirty craters began to erupt lava and ash. The eruption lasted for six years, and as a result of one-third of the island was covered with basalt and lifeless ash. This is a very negative impact on agriculture, Lanzarote, but did not stop the local growers, which in the end, successfully adapted to grow grapes right in a volcanic desert. 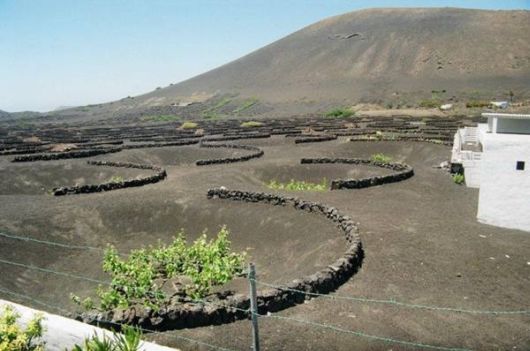 The main part of the vineyards of Lanzarote is situated in the valley of La Geria, which is significant for its covered by a thick layer of ash. Grape seedlings are planted in specially dug pits or trenches up to several meters wide. This is done first to make it easier to get to the roots to the topsoil, and secondly, to ensure the grapes with moisture. There are virtually no rainfall, irrigation is also not practical, the plants are fed with dew, which condenses on the walls of "funnels". Saturated soil with ash, in turn, tends to hold a long moisture. 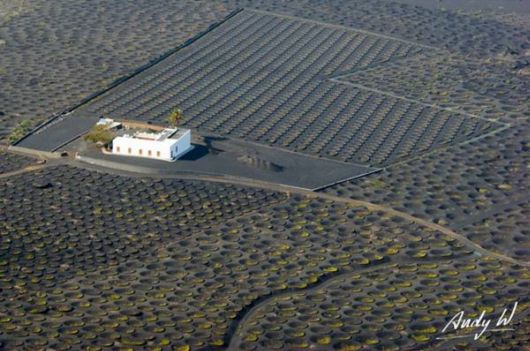 Grape pits, usually surrounded by a special wall of basalt, for protection from searing winds. 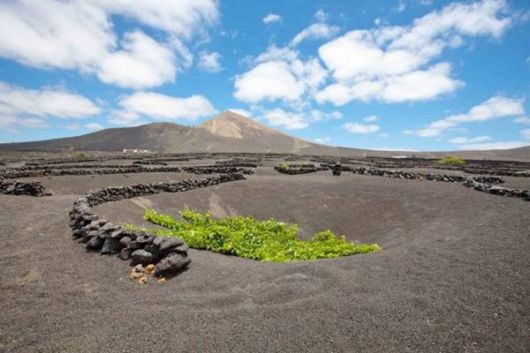 In spite of such harsh conditions, this yield is up to 40 kg of grapes from the vines. 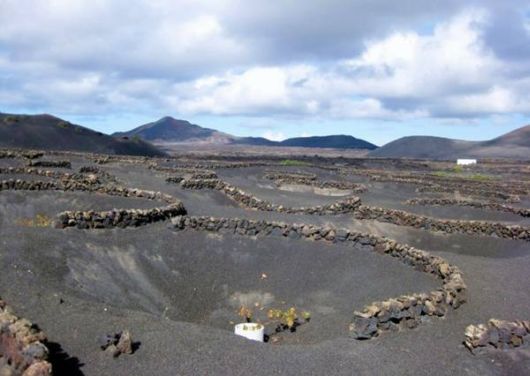 After 10 thousand years our descendants will wonder what it is like we are now wondering about the appointment of the figures on the Nazca Plateau, and other ancient structures. 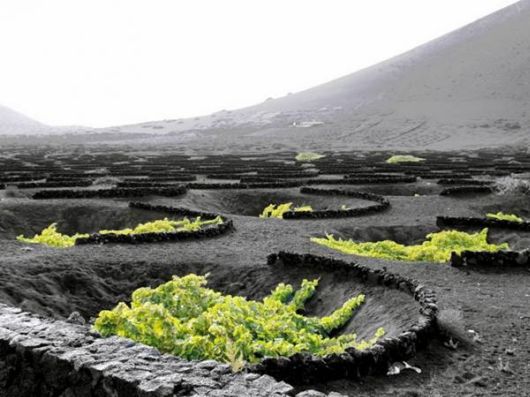 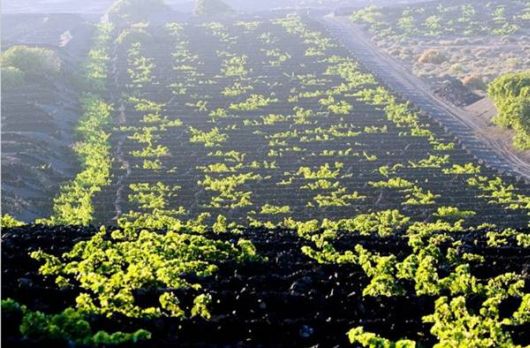 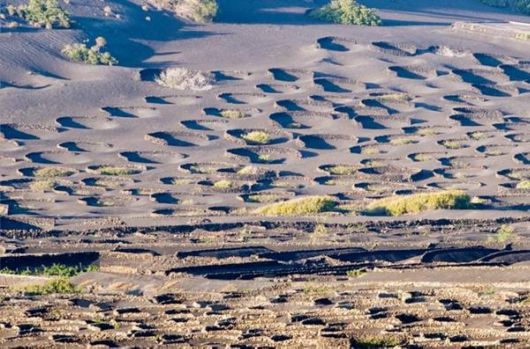 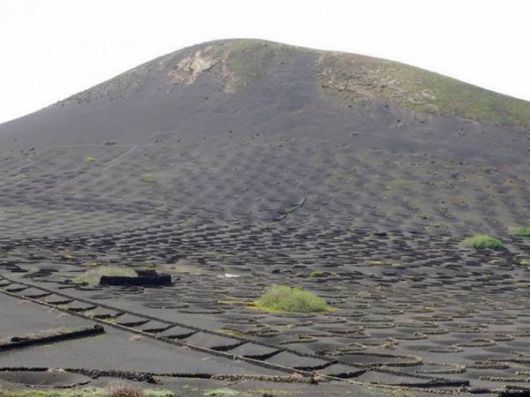 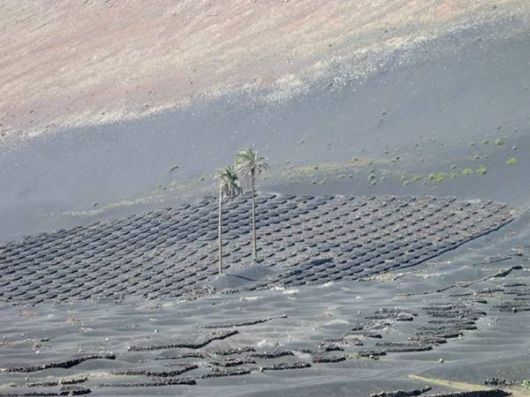 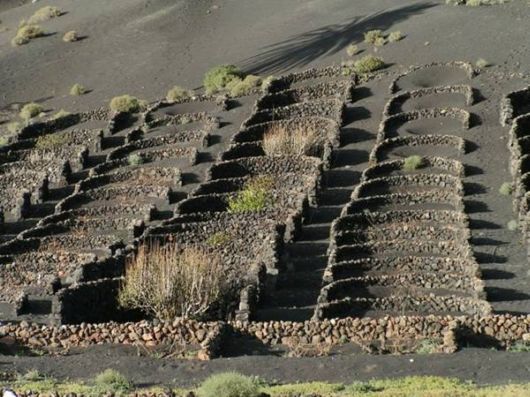 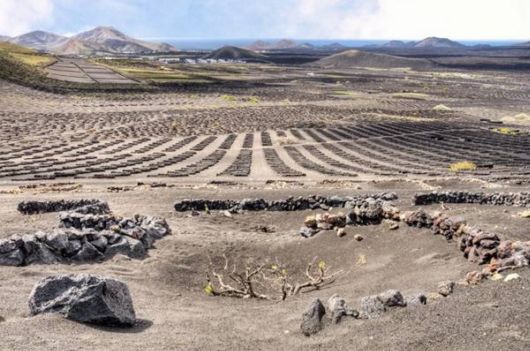 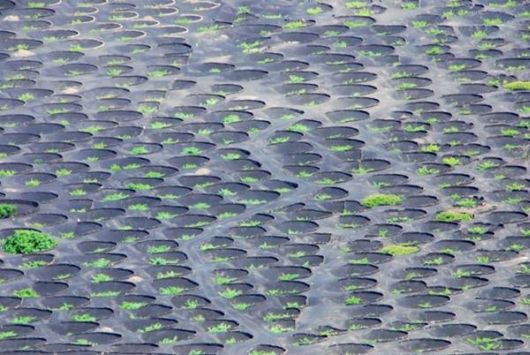 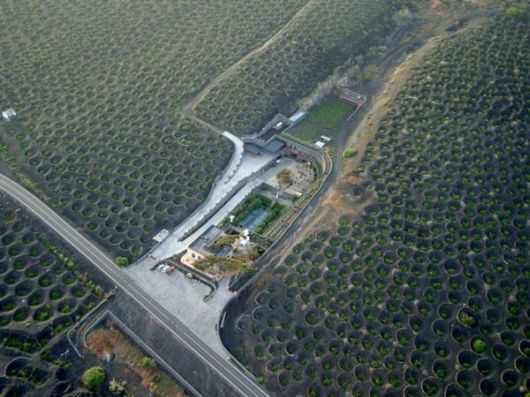 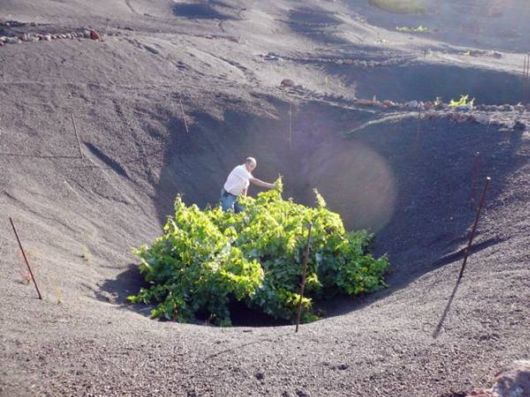 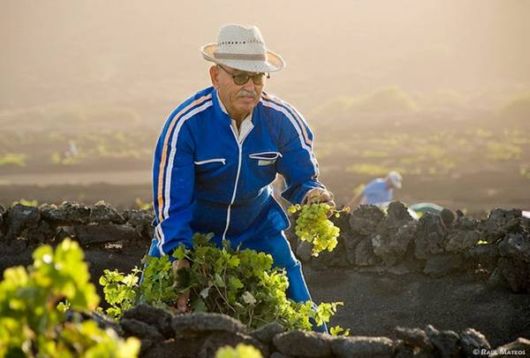 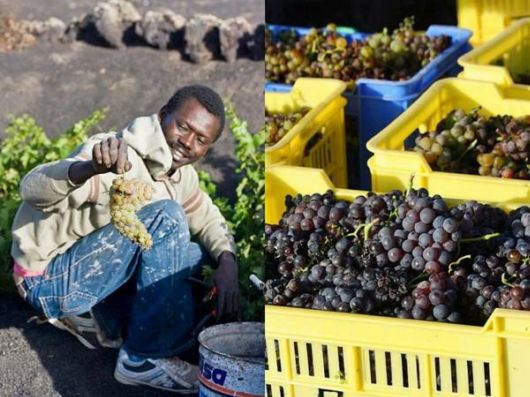 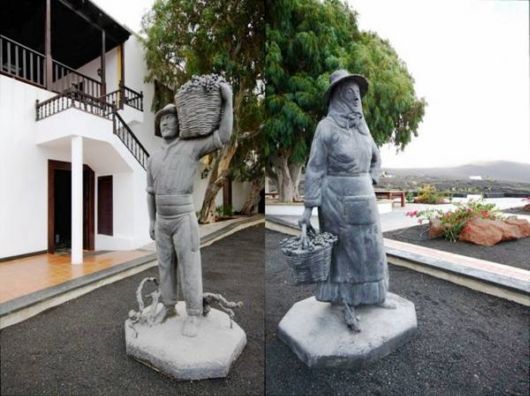 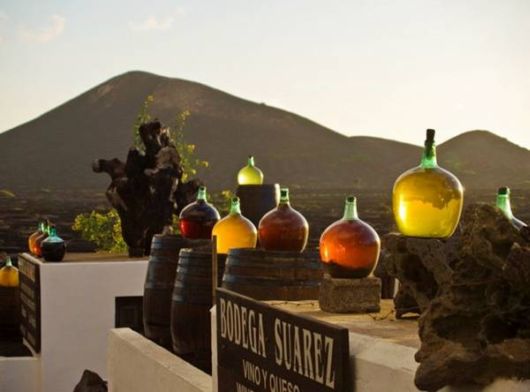 The local wine industry produces about two million of w!ne per year. 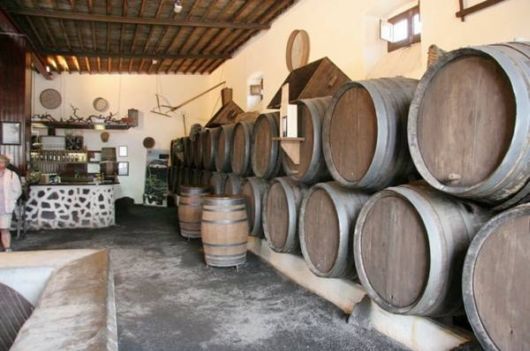 The island of Lanzarote is quite popular among tourists, as, indeed, the Canary Islands as a whole. Guided tours of the island include, among other things, visiting exotic vineyards and wine cellars. 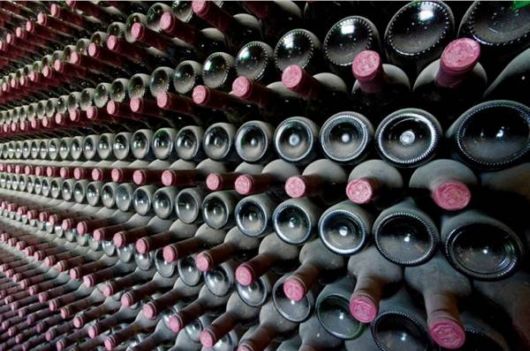 A bottle of good w!ne with unusual flavors costs about EUR 6. 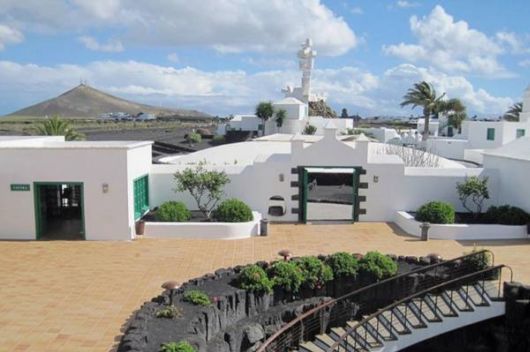 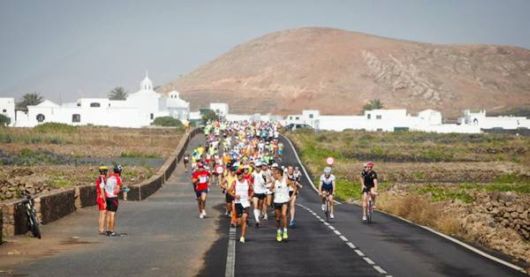 Every year in the valley of La Geria held "Wine race» (Lanzarote Wine Run), which are involved in both locals and tourists alike. The winners of the race are awarded wine – a liter per kilogram of body weight. 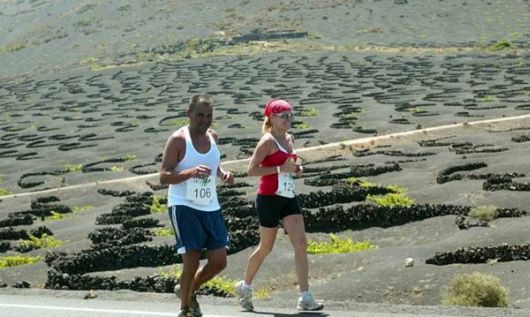 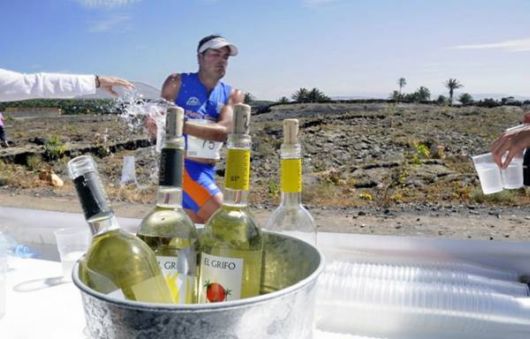 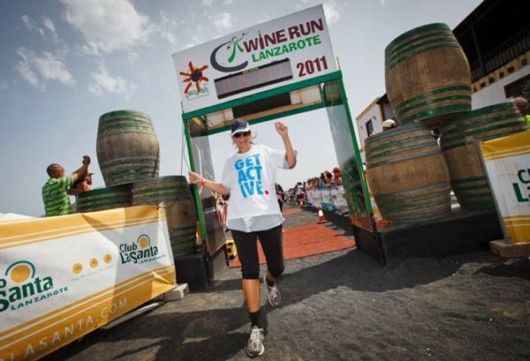 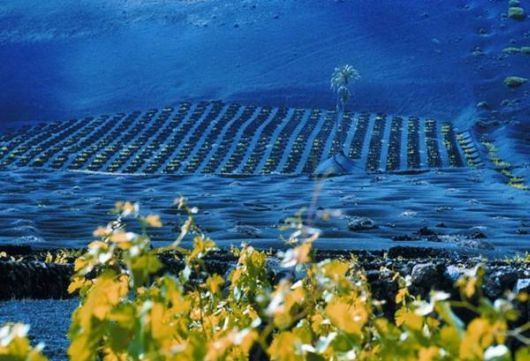 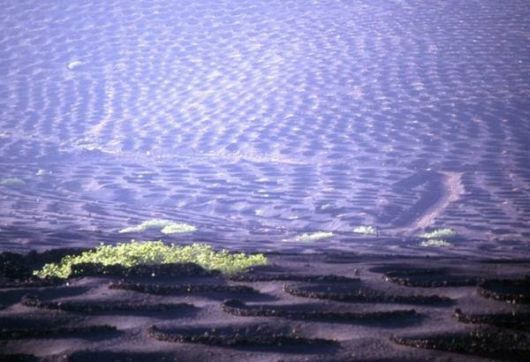 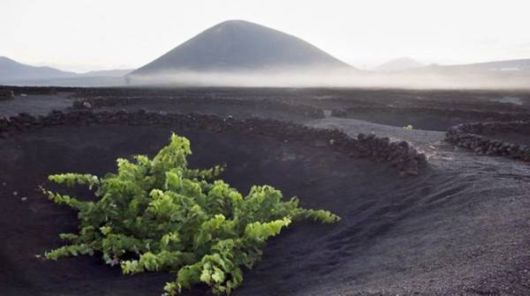