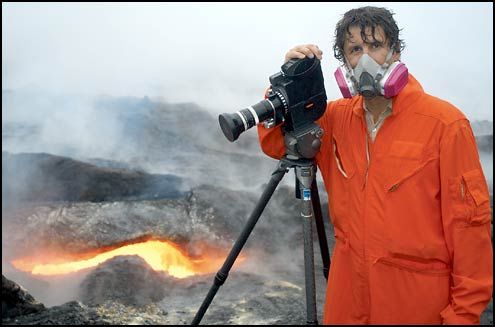 "We took a helicopter to the rim and hiked about a mile [1.6 kilometers] into the steaming cauldron of Kilauea’s Pu’u ‘O’o crater to this skylight. Geologists call the skylight the Cookie Monster because it really looks like the shape of the character on Sesame Street." 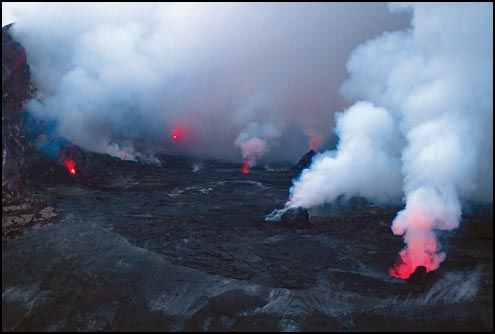 Plumes of gas escaping from vents as lava meets air 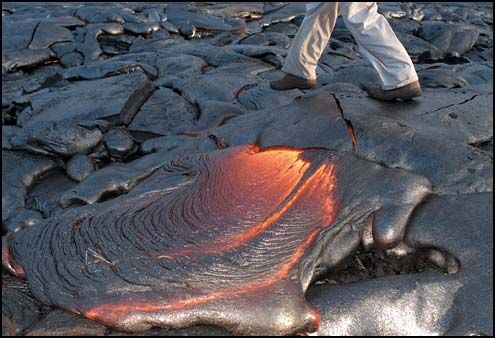 Lava breaks out of its shell of hardened, black rock

This is a breakout, or a live surface flow of molten rock. The magma was oozing under the skin of cooled black rock?it’s hotter than hell up there. Eventually a buildup of pressure under a certain place will crack the surface over it, and the lava will break out. 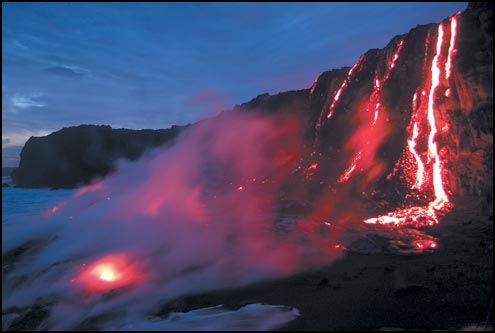 This was our final quest?the ocean entry at Highcastle, the holy grail for lava photographers. The lava was coming over the last cliff before entering the ocean. 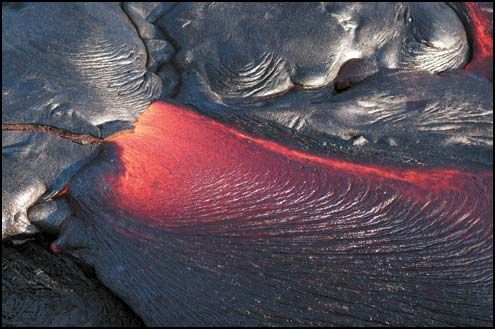 If I stepped on the gray rock in this photo, it would feel like stepping into a fire. You can pass over it if you move really quickly. You just dance along. 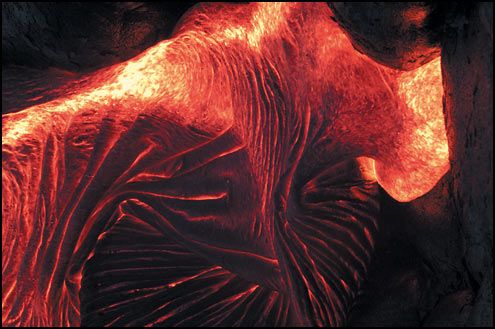 Lava spiraling down a slope

This is wild. As the drops break out down the slope, the pressure moving the lava, pushing on the cooling skin above it, twists the skin into ropes. This is classic pahoehoe lava. Even where I was standing, the temperature underfoot was a few hundred degrees [approximately 150°C] at least, and there are radiant rocks above me. 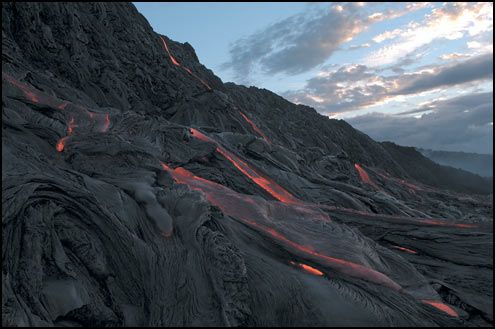 The deceptive calm of an extremely hot flow

This shot may look like a dreamy day on the side of a volcano, but it was really wicked. I am standing downwind of an a’a flow, which is notorious for emitting an exceptional amount of radiant heat. It was really, truly ferociously hot.