At first glance, it may appear as though tsunami is poised to crash over the Florida coastline. But much to the relief of Panama City residents, this breath-taking series of photographs shows a natural phenomenon far less destructive – waves of clouds. Helicopter pilot JR Hott captured these breathtaking images, which show the low-lying haze swooping over high-rise buildings down the coast. 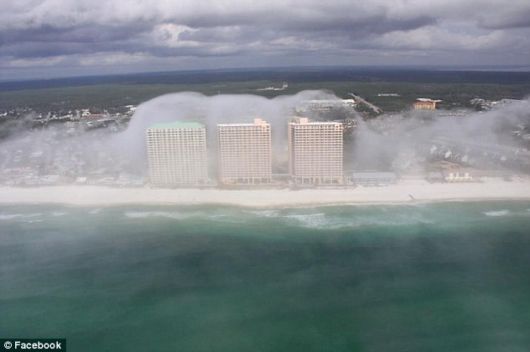 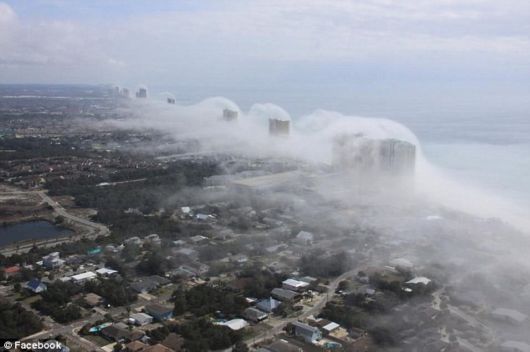 Bird’s eye view: From hundreds of feet up, the fog is seen sweeping over the waterfront properties