Flowers are some of nature?s most wonderful creations ? they usually look amazing, most of them emit very pleasing scents, and best of all, they?re where honey comes from! We use them for decoration, as romantic gestures and to signify freedom and love (the 60?s ?Flower Children?). Not all flowers are the same, some have very unique patterns, some bloom very rarely and some don?t even look like flowers at all. Join me on a trip to discover the strangest and prettiest flowers from around the world.

American ghost orchid (Dendrophylax lindenii) is a leafless orchid that grows in the Bahamas, Cuba and Florida. The plants anchor themselves on trees and the roots themselves are photosynthetic. 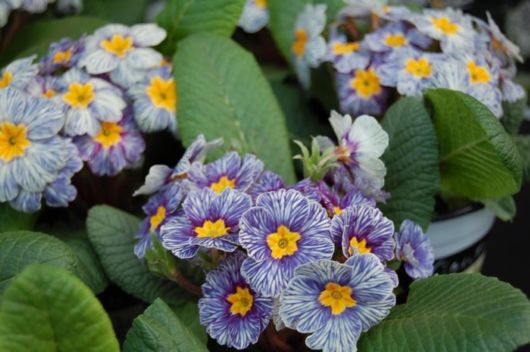 Blue Zebra primrose (Primula acaulis ?Zebra Blue?) is a subspecies of primrose with a distinct blue and white pattern on the petals and a yellow center that enjoys a prolonged flowering period. 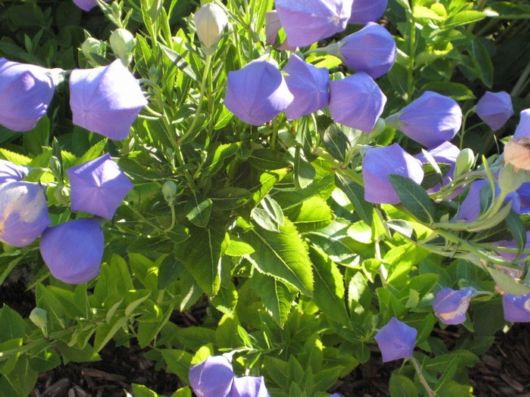 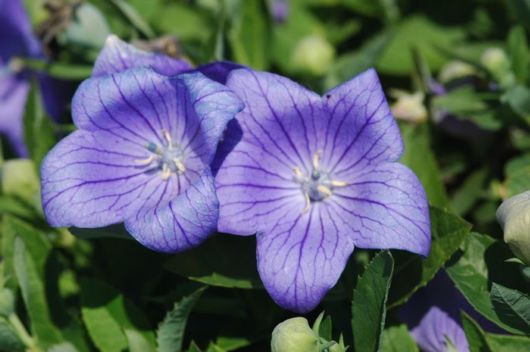 Balloon flower (Platycodon grandiflorus) got its name thanks to the way its petals grow before blooming. The petals are fused together, swelling up like a balloon before fully blooming. It?s known for its root?s anti-inflammatory properties, used to treat coughs and colds. 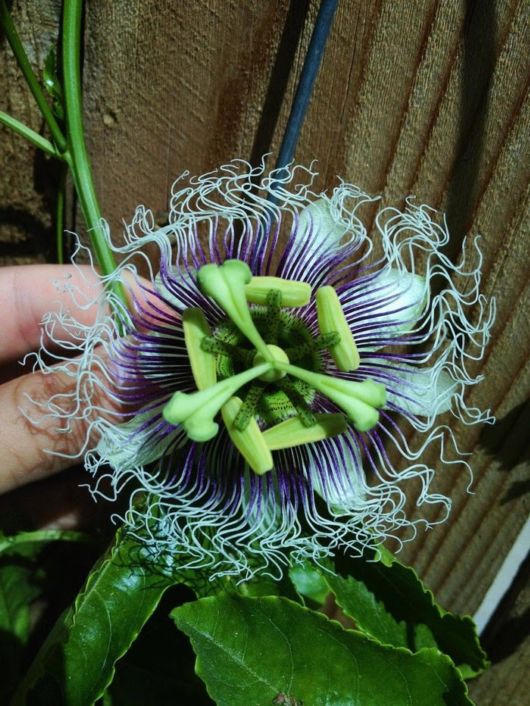 Passion fruit (Passiflora edulis) is a creeping vine that is endemic to South America. The flowers are magnificent and the fruits are popular worldwide. 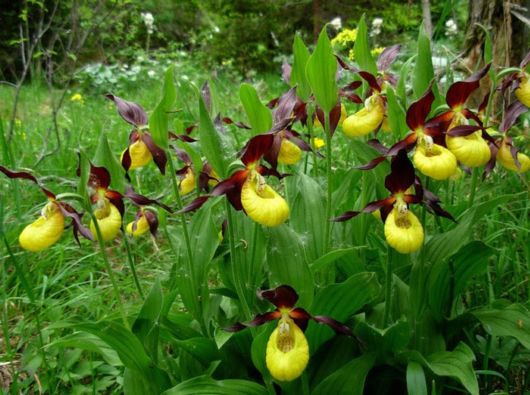 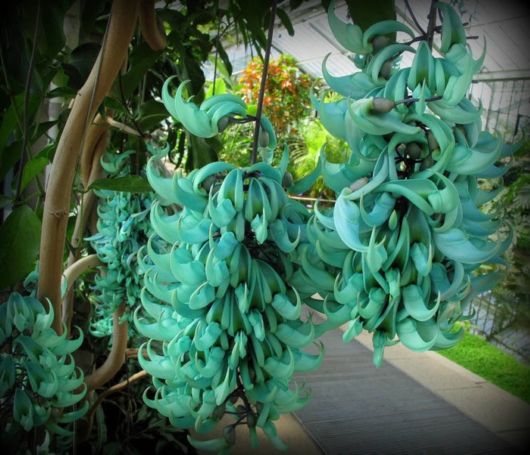 Jade vine (Strongylodon macrobotrys), endemic to the forests of the Philippines, it is related to beans and is pollinated by bats. A stem can reach a length of 3 meters (10 feet) and carry up to 75 flowers. 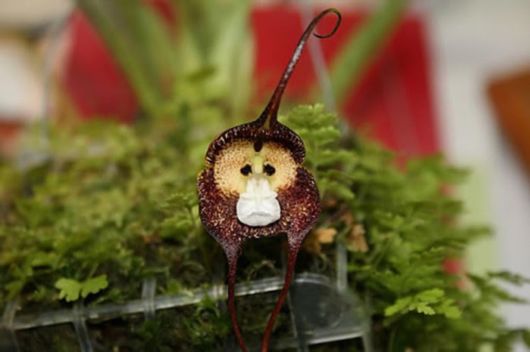 Monkey orchid (Dracula simia) is an orchid species, native to the rain forests of Ecuador. It can bloom year-round and has the scent of a ripe orange. 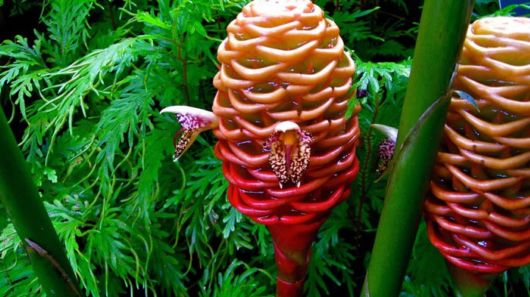 Beehive ginger (Zingiber spectabile) is a member of the ginger family. Native to Southeast Asia, it?s mainly grown as an ornamental plant, but also used as a medicinal herb. Research shows that the plant has antimicrobial properties and a high concentration of enzymes that can prevent colon cancer.

Chinese lantern (Physalis alkekengi) found in Southern Europe and throughout the east across Asia, the Chinese lantern got its name from the bright orange cover of the fruit which resembles a paper lantern. The fruit itself has antibacterial properties and possible beneficial properties for people suffering from chronic liver disease.

Black bat flower (Tacca chantrieri) this unusual plant is one of the only plants in the world to have black flowers. The big flowers (up to 12 inches across) have even longer ?whiskers?, giving it its colloquial name. It is native to the tropical regions of Southeast Asia. 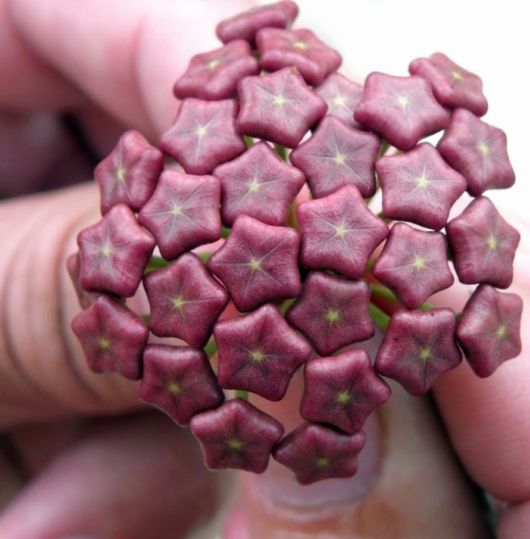 Waxplant (Hoya) is a large family of evergreen creepers native to Southeast Asia and Australia. They gained the name ?Waxplant? thanks to their flowers. The flowers always grow in bunches (called spurs), have five thick triangular petals that look as though they were carved out of wax. Most waxplants have an appealing scent and abundant nectar. 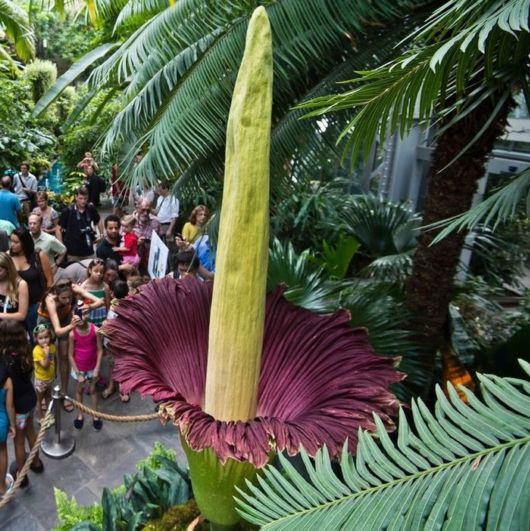 Titan arum (Amorphophallus titanum) is the world?s largest flower, whose blossom has a very unusual scent ? that of rotting flesh. The titan produces this smell to attract flies, rather than bees, for pollination.
Quirky fact: its name comes from the Ancient Greek amorphos (misshapen) and phallos(penis) 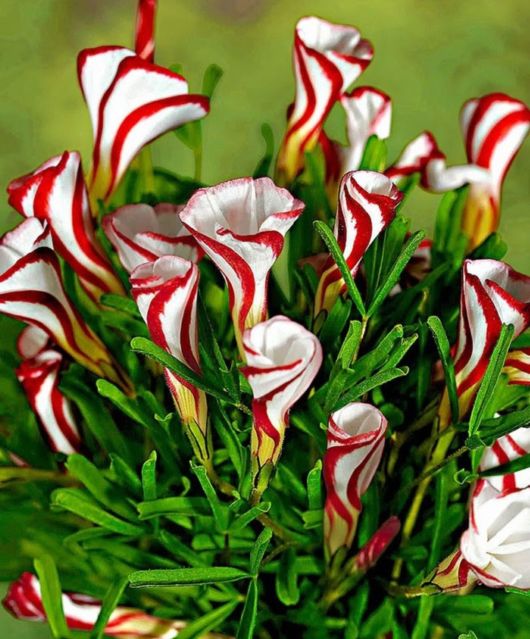 Candy Cane Sorrel (Oxalis versicolor) is native to South Africa, and got its name thanks to its beautiful blossom, which resembles a candy cane. 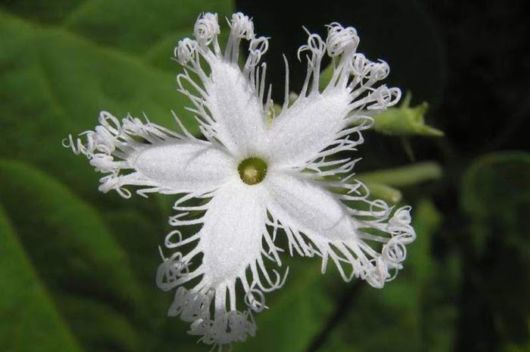 Snake Gourd (Trichosanthes cucumerina) is a vine native to Southeast Asia and Northwestern Australia. Used as a vegetable, a medicine and even in the construction of traditional didgeridoos. 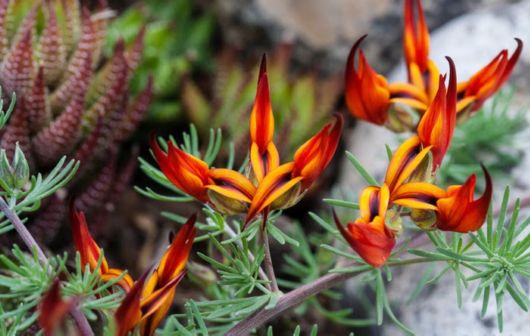 Kaka beak (Clianthus) is a member of the legume family, and got its name from the shape of its flowers, which resemble the beaks of the New Zealand Kākā parrot. 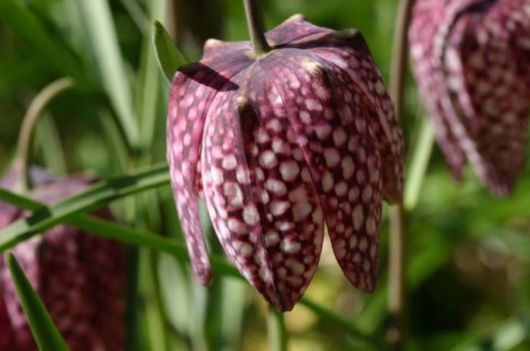 Fritillaria tubiformis is a member of the Fritillaria family, found mainly in temperate regions like the Mediterranean and western North America. The name comes from the latin word fritillus, meaning ?dice-box? and refers to the checkered pattern on the petals.

Japanese camellia (Camellia japonica), a member of the Camellia family (where tea comes from), Japanese Camellia has several subspecies, with various shapes and colors. And in case you were wondering – yes, you can make tea from it as-well. 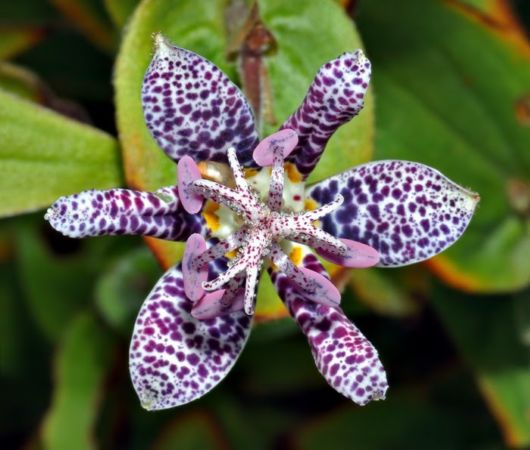 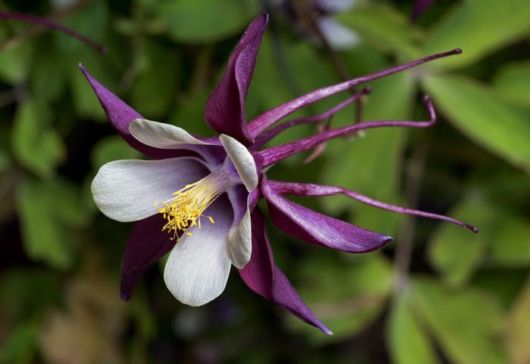 Columbine magpie (Aquilegia) are found in the Northern Hemisphere, mainly in meadows and woodlands. The flowers are reported to be very sweet but should be consumed in moderation. The seeds, however, are extremely poisonous. 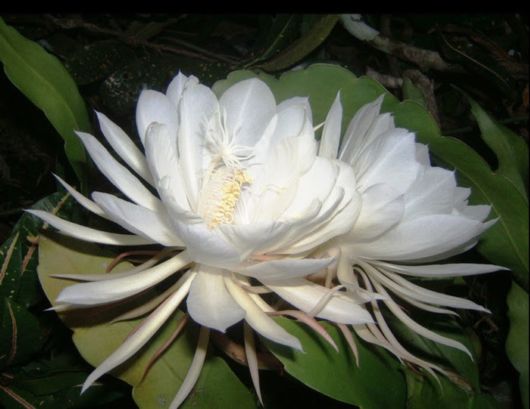 Queen of the Night (Selenicereus grandiflorus) got its name because it blooms only once a year, for a single night. It?s a type of cactus, native to Central and South America, where it?s also known as the Vanilla Cactus, thanks to its lovely scent. 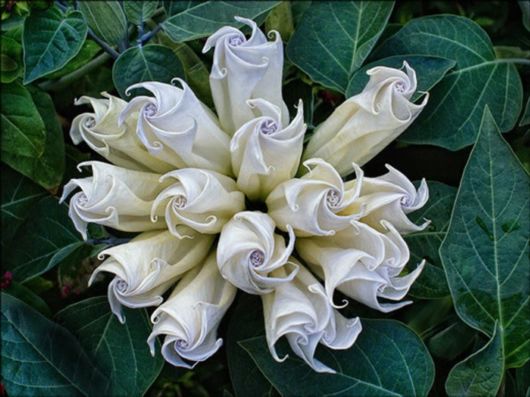 Angel?s trumpets (Datura) are a very poisonous plant (flowers and seeds in particular), found in northern Africa and the Americas. The plants are so dangerous, they?re illegal in some countries!