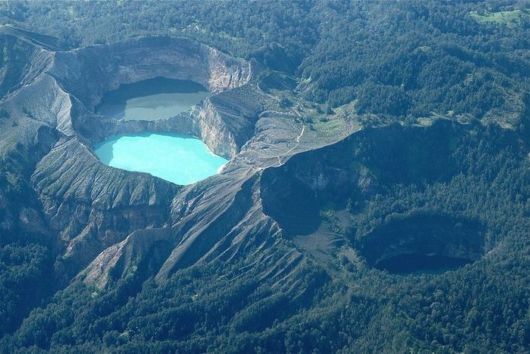 Indonesia is one of the world?s most geologically active countries. Given its combination of active volcanism and tropical climate, it is home to several volcanoes which exemplify the type of dynamic interactions between the forces of the endosphere and exosphere that are characteristic of volcanic lake environments. Of all the volcanos in Indonesia, Keli Mutu on the island of Flores appears to have the most exotic lakes. In fact, its lakes are so brightly colored that they are featured on the 5,000 rupiah bill and thought of as a national treasure by the people of Indonesia. 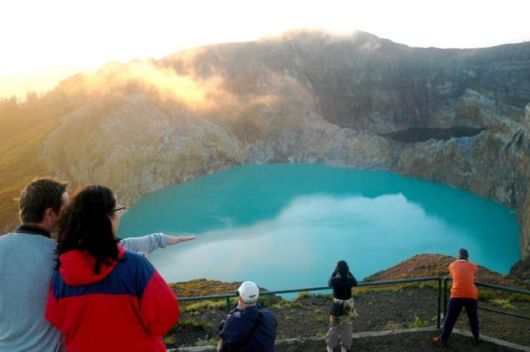 The three lakes all have different names and local people have for centuries believed that the lakes are the spiritual resting place of their ancestors. It is said the lakes change color according to the mood of the spirit ? and if that is the case then the souls? moods are constantly restless. 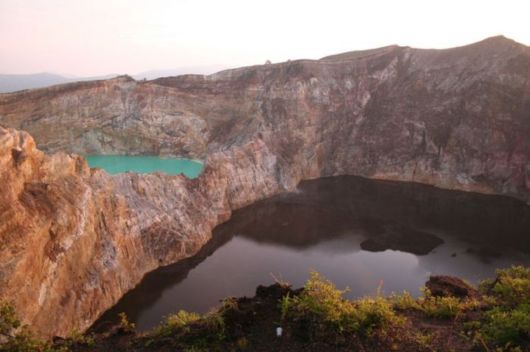 The Lake of Old People (Tiwu Ata Mbupu) at the western point of the volcano is typically blue. Lying apart from the other two crater, this is where it is said the spirits of the old who have led righteous lives go to rest. The two other lakes share a crater wall. The Lake of Young Men and Maidens (Tiwu Nuwa Muri Koo Fai) is characteristically green. The third, the Enchanted Lake (Tiwu Ata Polo) can often be blood red but in the pictures here appears an olive color. This is the one where the bad people go, young, old, male or female. Kelimutu itself means Boiling Lake and often visitors can see wreathes of steam rise from the surface of the lakes. 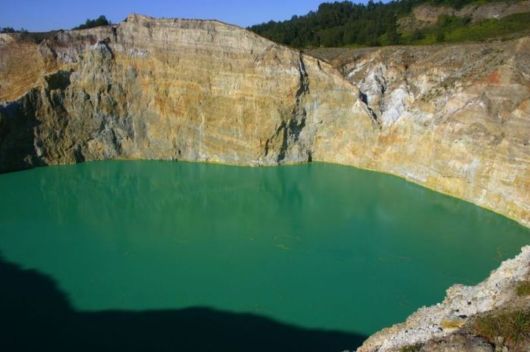 Although no extensive scientific survey has ever been undertaken below the surface of the lakes it is assumed that the color deviations are due to underwater fumaroles. These are openings in the planet?s surface which let out gas and steam ? sulfur dioxide, hydrogen chloride and sulfide as well as carbon dioxide. This creates an upwelling (normally an oceanographic term) which drives denser nutrient-rich (and so colored) water upwards to the surface, driving that which had been on top downwards, so changing its appearance. 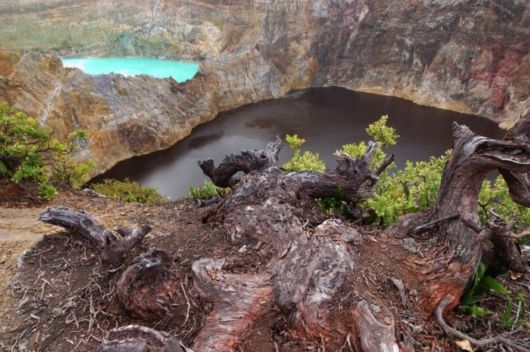 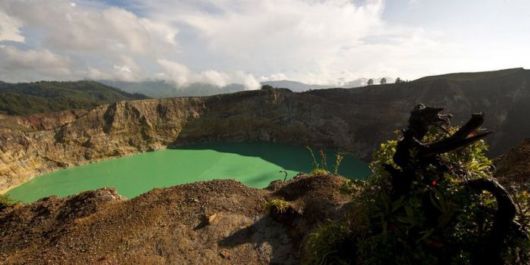 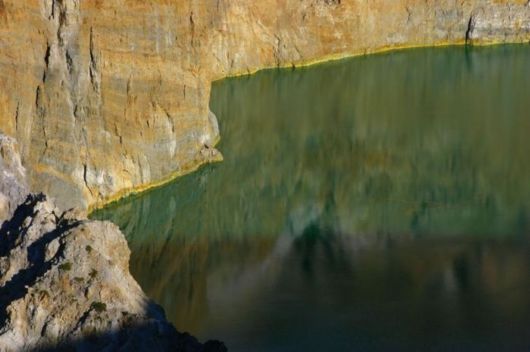 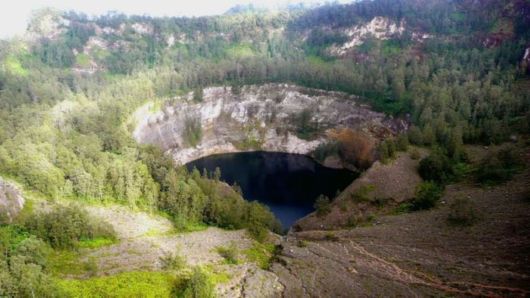 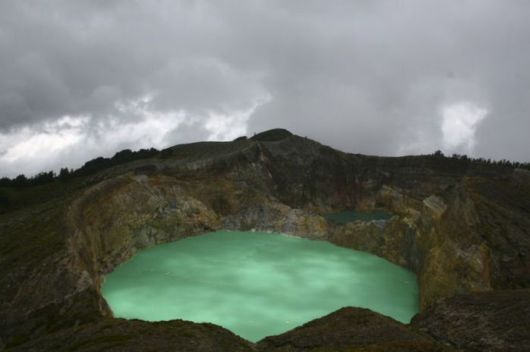