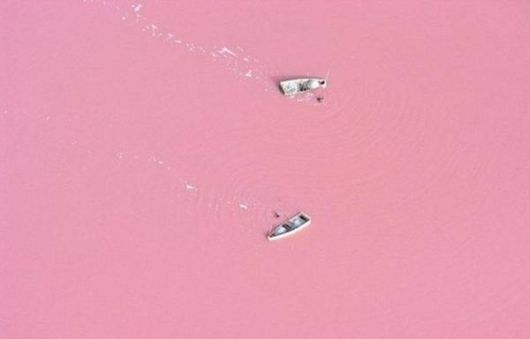 Lake Retba or Lac Rose lies north of the Cap Vert peninsula of Senegal, north east of Dakar. Depending on the time of day, the lake changes color from a light purple to a deep scarlet pink. The unusual coloring of the water is caused by harmless halophilic bacteria that thrive in the lake?s high-salinity environment. The color is particularly visible during the dry season.

“The strawberry color is produced by salt-loving organism Dunaliella salina. They produce a red pigment that absorbs and uses the energy of sunlight to create more energy, turning the water pink,” said Michael Danson, an expert in bacteria from Britain’s Bath University. 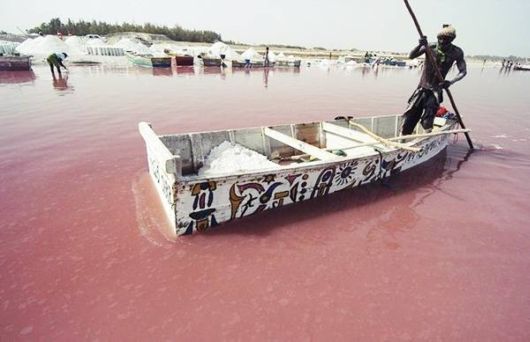 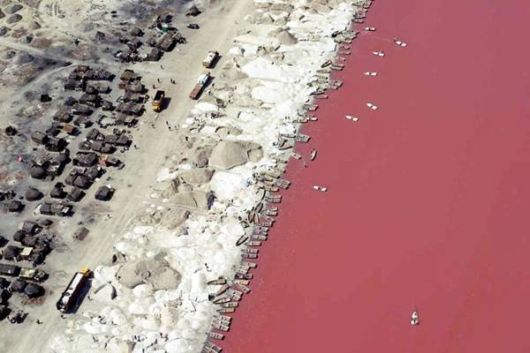 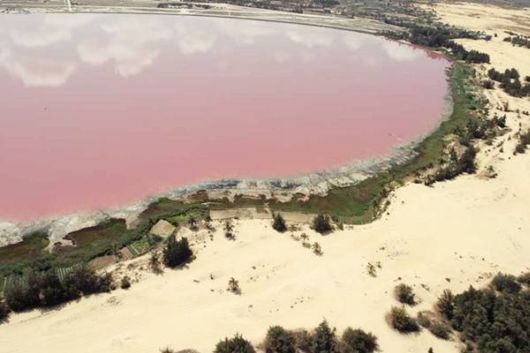 Of course there is no such thing as a lake made out of strawberry milkshake ingredients ? outside of Willy Wonka?s world that is. But it?s kind of nice to dream. Lake Retba or Lac Rose gives us that fantasy, even if it is just on the surface. Situated north of the Cap Vert Peninsula in Senegal, northeast of Dakar, Lake Retba, or as the French refer to it Lac Rose, is pinker than any milkshake you?ve ever come face to straw with. And once you see it, you too will agree that a sippy straw may be in order over a boat. Experts say the lake gives off its pink hue due to cyanobacteria, a harmless halophilic bacteria found in the water 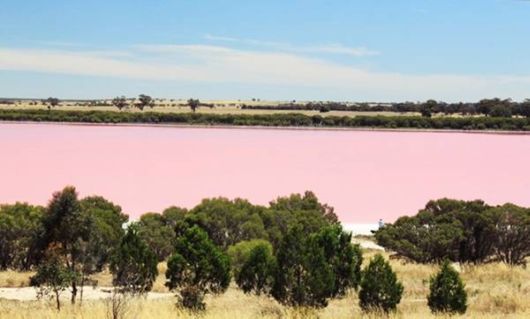 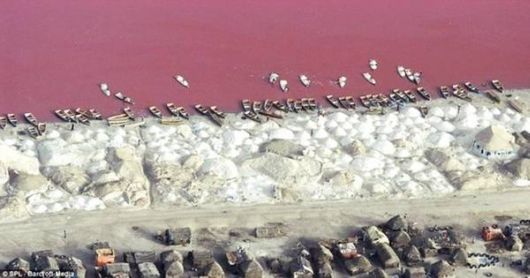 Lake Retba is becoming more and more recognizable as it was featured in a task on the award-winning reality show Amazing Race. Teams had to collect salt from the bottom of the lake floor ? not an easy task 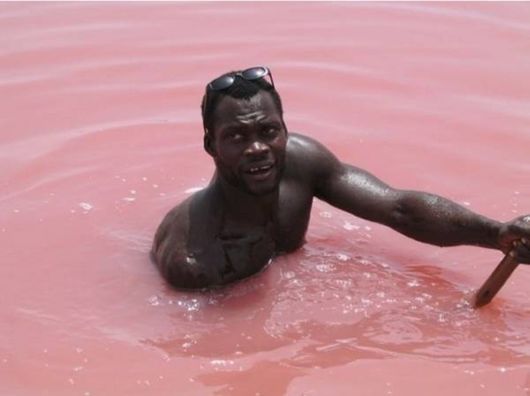 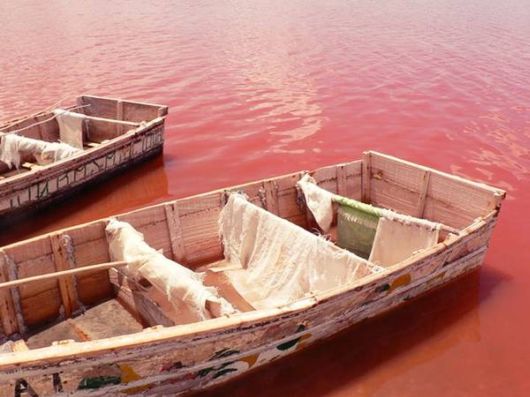 The lake also provides for the local people with its small salt collecting industry; however, working as many as 6?7 hours a day in a lake that has a near 40% salt content, the salt collectors must vigorously protect their skin by rubbing shea butter into it to avoid tissue damage. 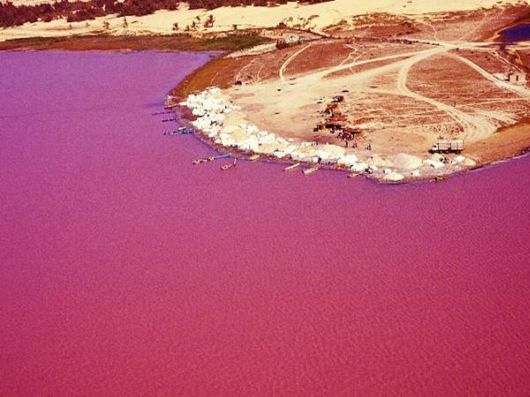 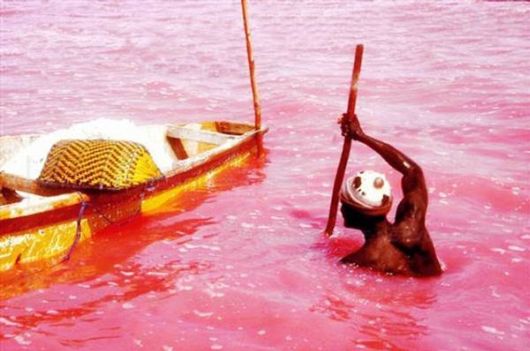 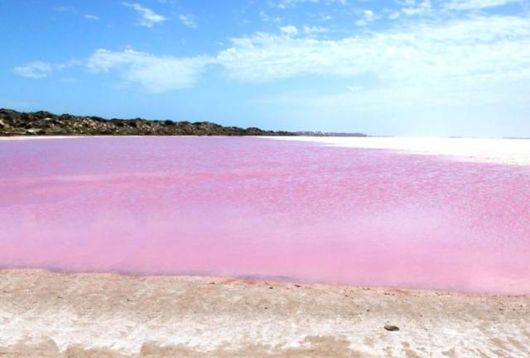 I?d love to say the lake is always something out of Wonka, but the pink is the most vibrant during the dry season; and depending upon the time of day, the lake changes color ranging from light purple to a deep scarlet pink. 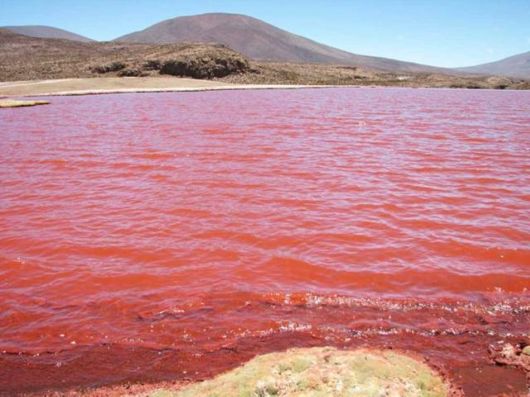 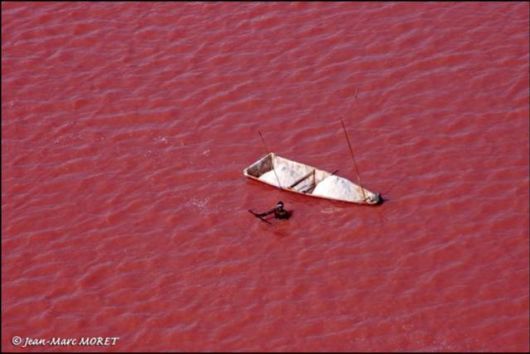 I believe this is one of those places on earth that is better appreciated in person, but these stunning photographs are a great catalyst to get you going! 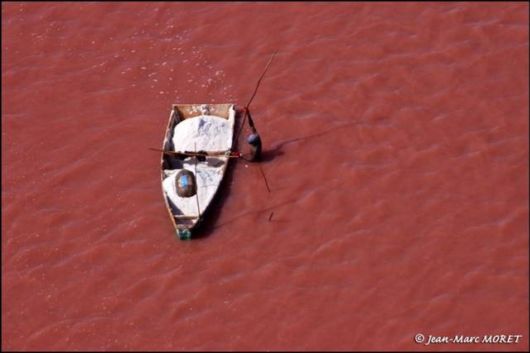 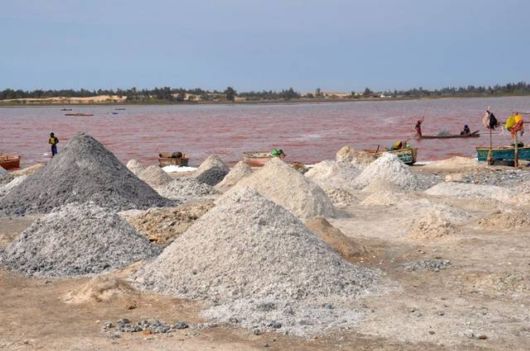 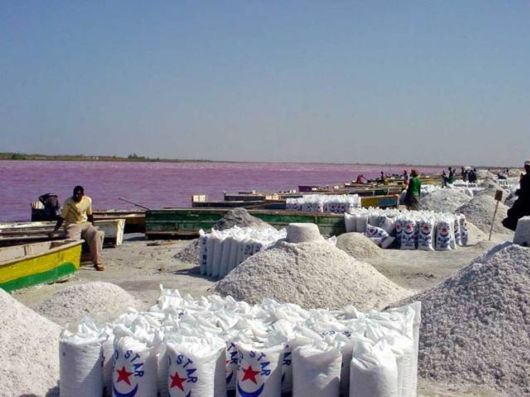 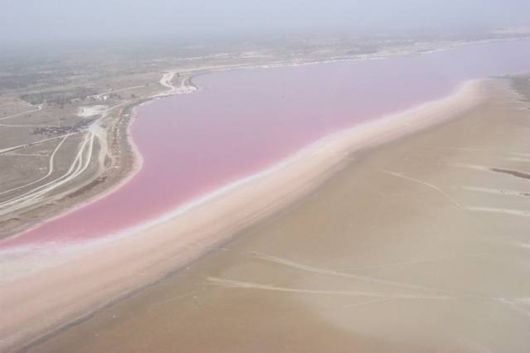 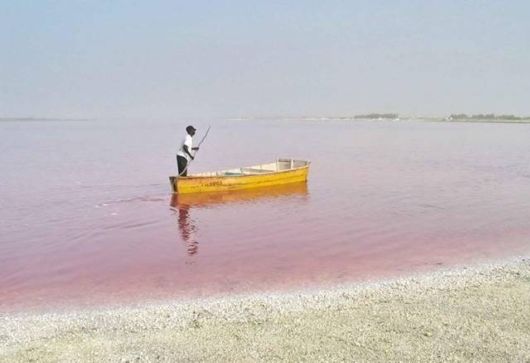 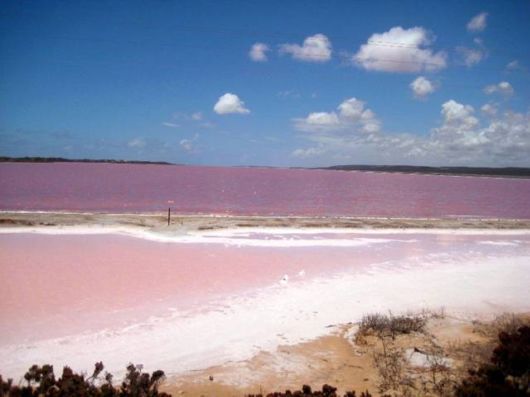 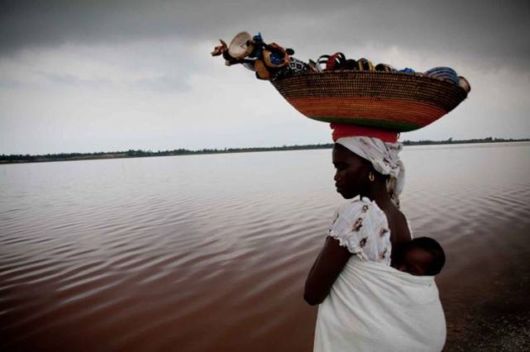 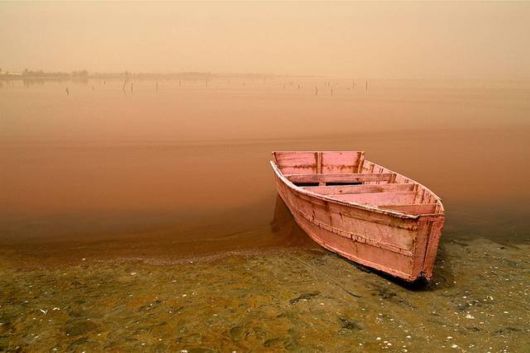