The world is full of amazing places that you should try and visit in your lifetime, but places such as the 16 you see below often get overlooked. Sure, it’s important to visit different cities, famous landmarks and experience different cultures however places like this shouldn’t be overlooked. When it comes to impressive and awe-inspiring locations nature always does it best. 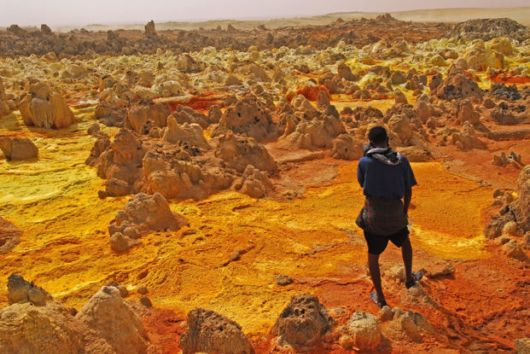 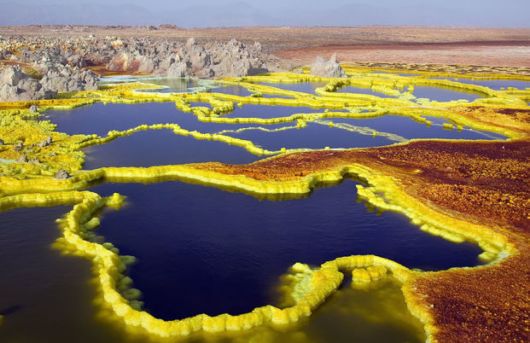 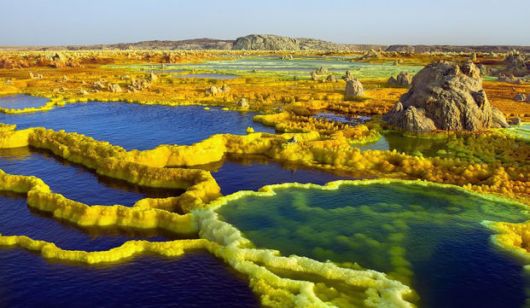 Formed from the crater of an exploded volcano this vibrant formation of hot springs and rock formations is the result basaltic magma found in Miocene salt deposits and hydrothermal activity. 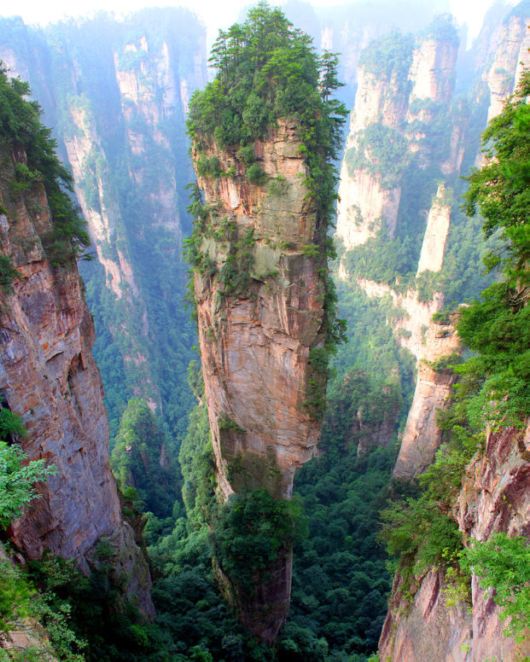 This impressive rock formation was formed from quartz sandstone around 400 million years ago, the result of huge tectonic movement in the earths crust over a period of 2 million years.
3. Pamukkale in Denizli Province, Southwestern Turkey 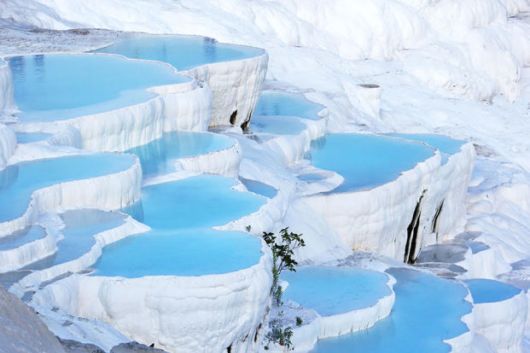 Known for its mineral-rich hot springs the town of Pamukkale is a popular tourist attraction. The houses are actually made from travertine, a sedimentary rock deposit that is formed from the water of the hot springs. 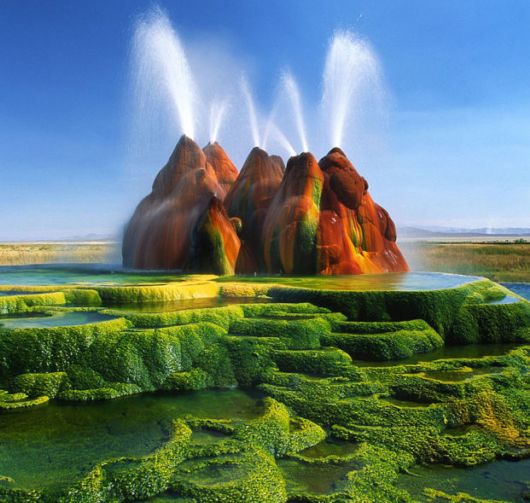 5. Emerald Ice on Lake Baikal, south of the Russian region of Siberia 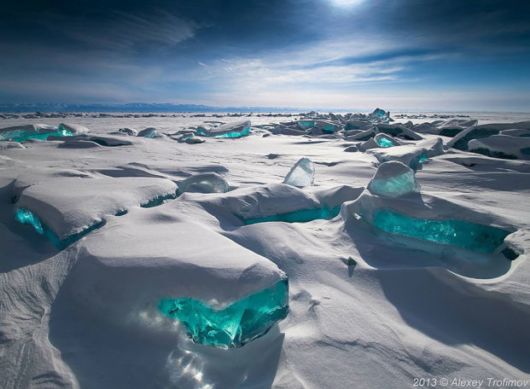 Not only is Lake Baikal the deepest lake in the world, it’s also home to a beautiful phenomenon known as ice hummocks. These giant blocks of ice glisten in the sun and are formed from the movement of ice floes.
6. Monte Roraima located in Eastern Venezuela 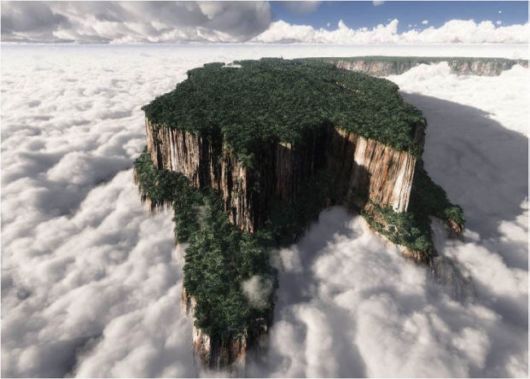 At its highest point this incredible rock formation towers 2,800 metres above sea level and is surrounded by 400 metre (1300 ft) drops on all of its sides. It also serves as a triple border point shared by Venezuela, Guyana and Brazil join. 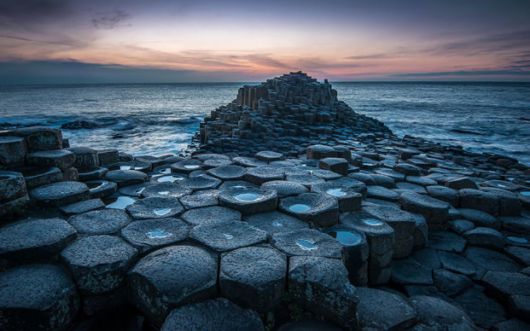 Looking like a giant puzzle the Giants Causeway is a huge rock formation consisting of over 40,000 interlocking basalt rocks and is the result of an ancient volcanic eruption. The rocks get their name from a legend that says the rocks are what’s left of a causeway built by a giant. 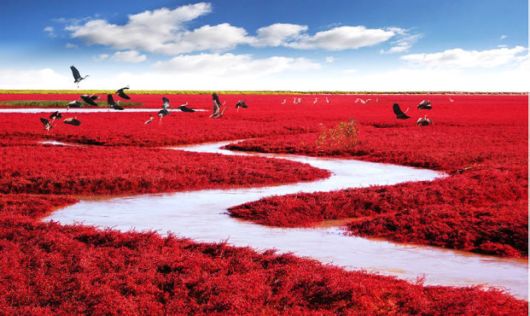 Unlike your typical beach that would be covered in sand the Red Beach of Panjin is covered in a type of seaweed called Sueda. The seaweed starts growing around April and May time and stays green throughout summer until it turns a deep red colour in Autumn creating this amazing spectacle. 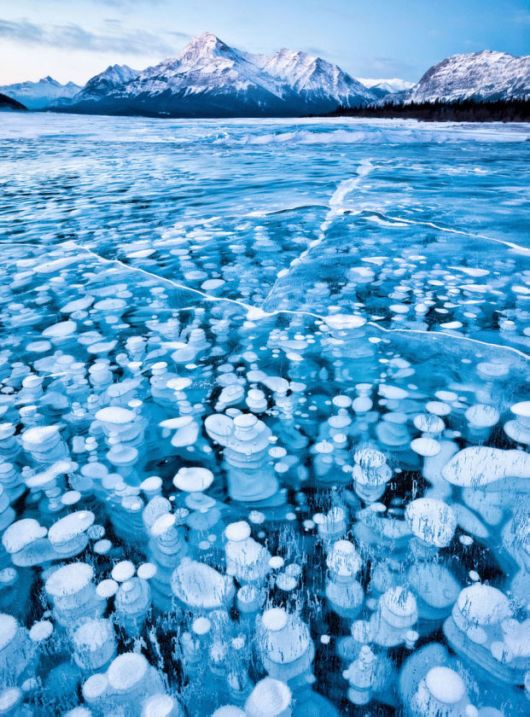 Pockets of methane trapped beneath the frozen surface of Alberta’s Lake Abraham create a truly otherworldly spectacle. The methane comes from dead animals and vegetation that falls to the bottom of the lake and then decomposes.
10. Zhangye Danxia landform in Gansu, China 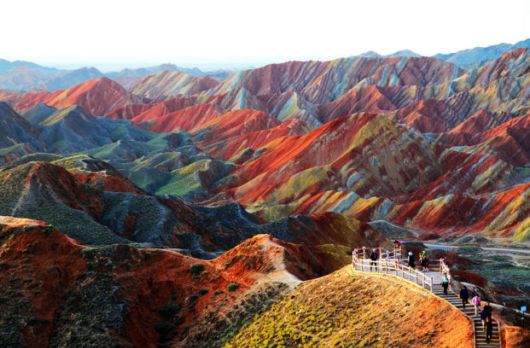 Formed by the process of different mineral deposits over millions of years it’s clear to see why this is one of the most naturally colourful places on earth and well deserving of the name ‘rainbow mountains.’

11. Naica Mine in Chihuahua, Mexico 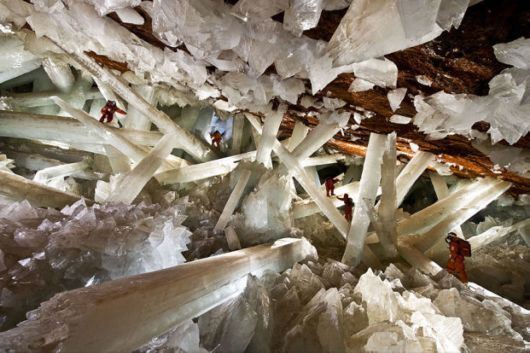 The Naica Mine, also known as ‘the cave of crystals’ is currently operational, mining lead, zinc and silver. It gets its otherworldly appearance from the giant crystals formed by the mineral selenite.
12. Grand Prismatic Spring in Wyoming, USA 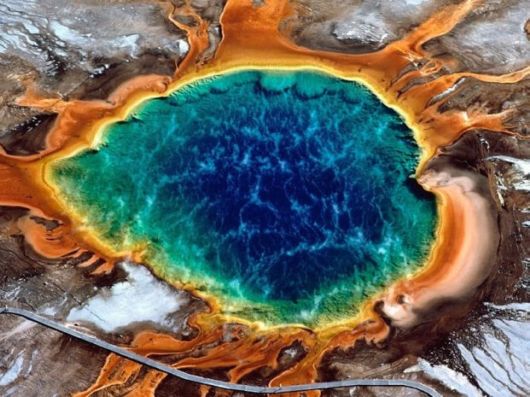 Nope, you’re not looking at a portal into another world, you’re actually looking at the largest hot spring in the United States located in Yellowstone National Park. The colours you see are the result of microorganisms forming at the edge of the spring due to its mineral rich water. 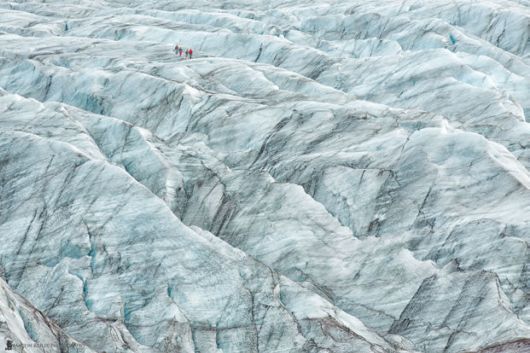 Iceland is a country well known for its striking and otherworldly landscapes and the Skaftafell Glacier is just one of its incredible sights. Located 205 miles east of Iceland’s capital Reykjavik this is the largest glacier outside of the polar region. 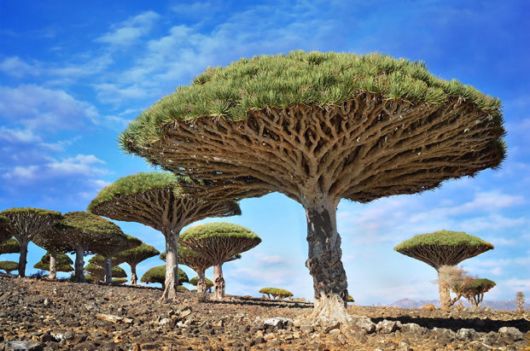 Native to the Socotra archipelago in the Indian Ocean these alien looking trees earn there name ‘Dragonblood’ from the red sap that they produce. 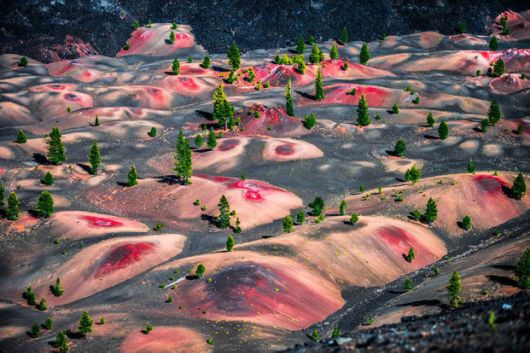 Looking like an abstract work of art or surrealist painting the painted dunes of Lassen Volcanic National Park are formed from the oxidation of volcanic ash that has shaped the landscape over millions of years.

16. Glowworm Cave located on the North Island of New Zealand 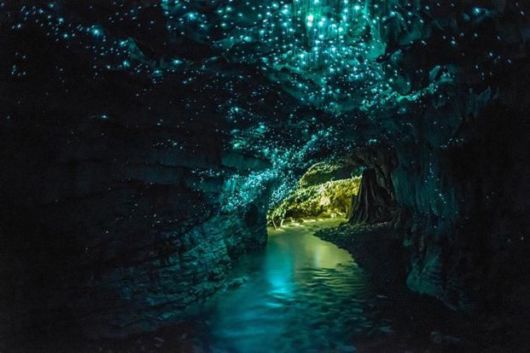 Glowworm Cave also known as "Glowworm Grotto" gets its surreal and otherworldly appearance thanks to thousands of tiny glow worms that line the caves walls and ceilings.