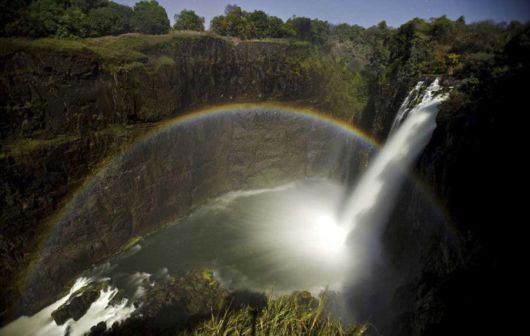 Hard to believe, but this was taken at NIGHT: Stunning and rarely photographed ‘Moonbow’ captured over Victoria Falls.

The falls are nearly a mile wide and produce perfect conditions for the rarely photographed event.

Arching over the world famous Victoria Falls this mesmeric rainbow shines in the moonlight creating a nocturnal light show.

Known as a ‘Moonbow’, the hypnotic phenomenon was captured under the gaze of a full moon over ‘The Devils Cataract’ section of the falls.

Photographer and television presenter Charlie Hamilton James travelled to Cataract Island on the Zambezi River between Zimbabwe and Zambia, where he managed to observe this rarely witnessed event. 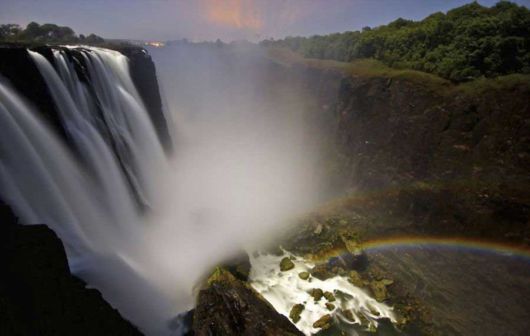 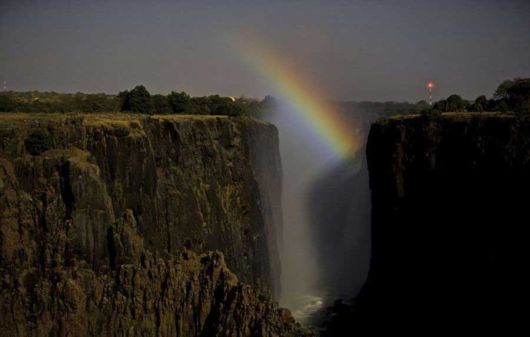 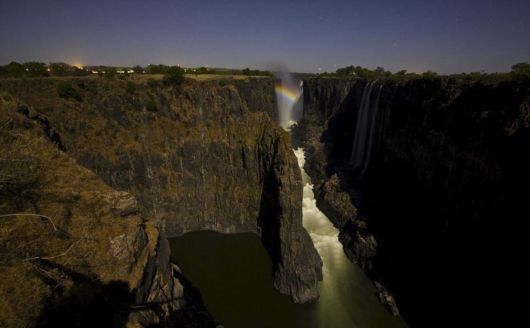 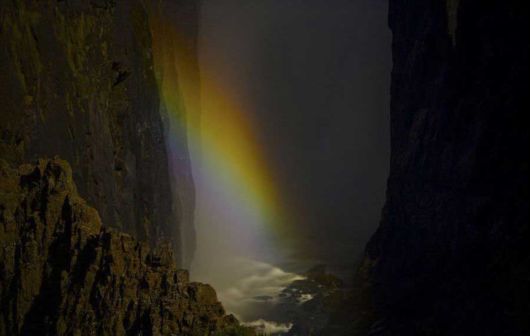 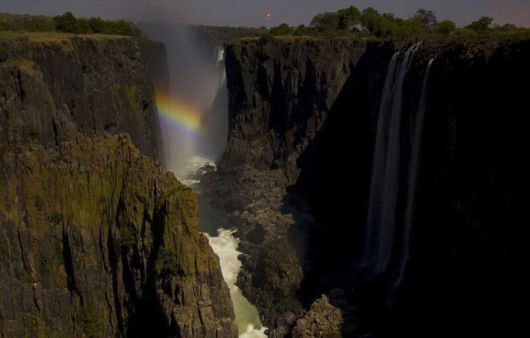