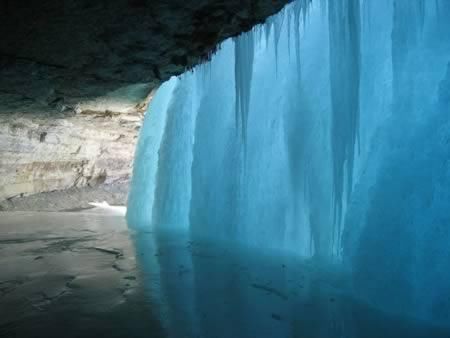 This image is from behind the frozen Minnehaha Falls. Located in a Minneapolis park, Minnehaha Falls are near the point where the Mississippi River and Minnehaha Creek converge. 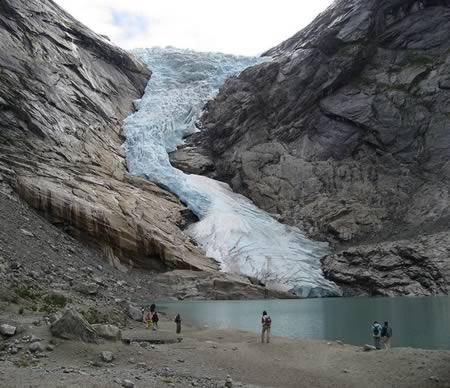 The famous Briksdal Glacier is a part of the Jostedalsbreen Glacier, the largest glacier on mainland Europe. 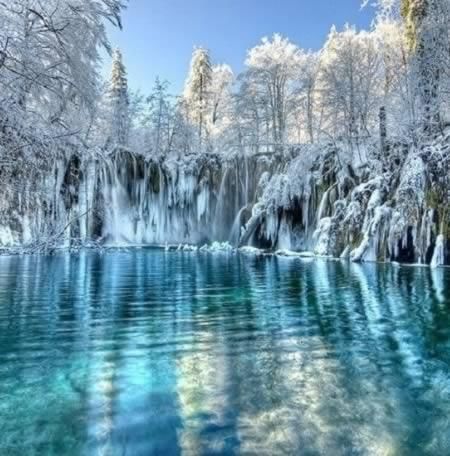 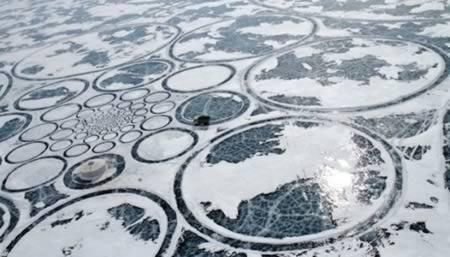 The incredible concentric forms you see above are neither crop circles nor alien landings — they are part and parcel of the world’s largest artwork, which spans nine square miles! Jim Denevan, who created the previous world’s-largest-artwork in the Nevada desert, headed out to Siberia to draw these beautiful patterns on ice with a team of helpers and a broom. Denevan is known for creating expansive, meditative works with repetitive patterns and endless scale. Given that, Lake Baikal seems like the perfect canvas, since it’s the world’s largest lake. Even when the harsh Siberian winds carried the resulting artwork to the clouds, the momentary grace of the work is stunning. 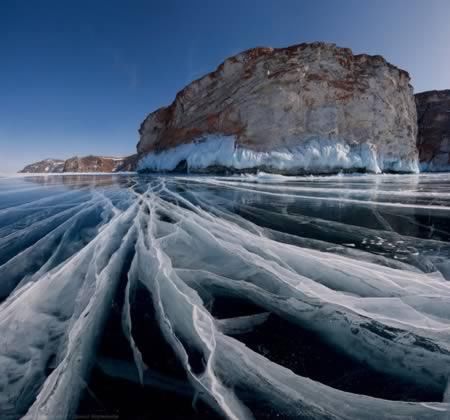 Another amazing shot from the frozen lake Baikal in Siberia, Russia.

Lake Baikal is the the world.s oldest and deepest lake. Experts say that it is approximately 25 million years old (possibly older) and has an average depth of 744.4 meters (2,442 ft). A group of photographers documented their trip to Siberia where they crossed the lake on ice skates. Beautiful photography and even more beautiful nature! Baikal is also the largest fresh water source in the world, containing approximately 20% of the world’s fresh water supply.

It’s an amazing natural sight at Abraham Lake with the Frozen bubbles under the ice. The explanation of the rare phenomenon is, ?The plants on the lake bed release methane gas and methane gets frozen once coming close enough to the much colder lake surface and they keep stacking up below once the weather gets colder and colder during [the] winter season.? 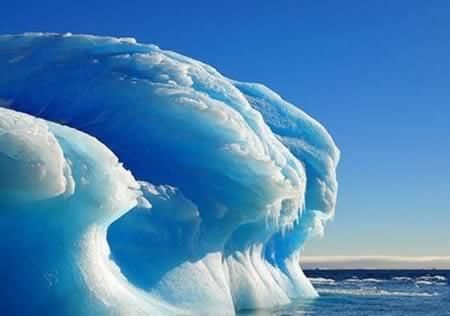 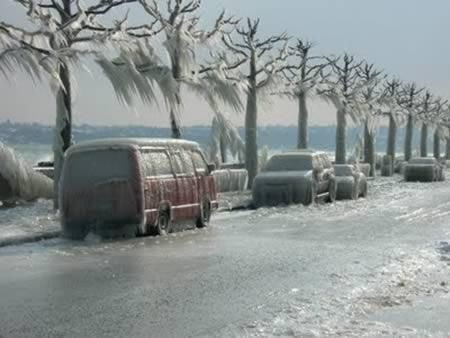 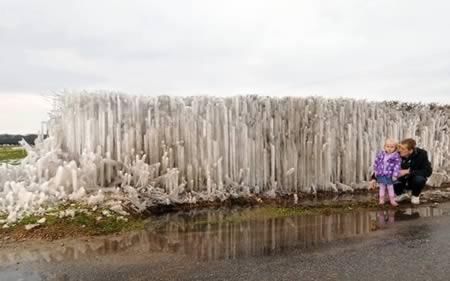 With large icicles reaching from the ground to the sky, it was certainly different from the usual hedgerows you see in Norfolk. As a result, drivers and walkers alike stopped and admired the strange phenomena in Salhouse. Their gaze had been attracted to a hedge in Honeycombe Road that had been covered entirely in icicles 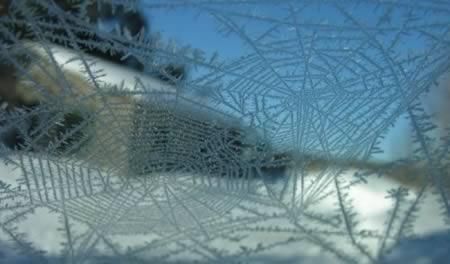