Down in Antarctica, November marks the end of spring, the beginning of austral summer, and the beginning of Antarctica’s cruise season. The Sun just rose for the first time in 6 months on September 22nd, and is now visible in the sky all the time. Recent studies in Antarctica have brought new insights into the origins of deep sea octopus species (a 30 million-year-old ancestor from Antarctic waters), volcanic contributions to disappearing antarctic ice, and the effects of increasing numbers of icebergs scouring the seafloor. Collected here are 32 photographs of Antarctica from the past several years. (32 photos total) 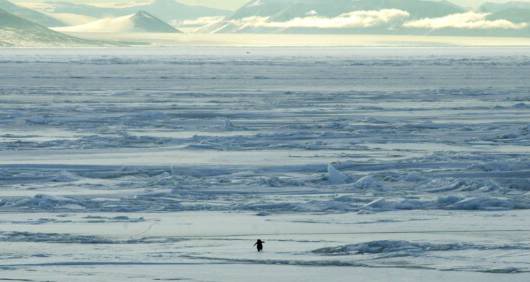 After waiting for over two weeks for his mate to return from the sea and relieve him of nest duty, this Adelie penguin’s hunger helps him make the decision to abandon his egg in search of fish and krill in the sea. Photo taken December 12, 2002. Known populations of the Adelie penguin have dropped by 65% over the past 25 years. (Melanie Conner/National Science Foundation) 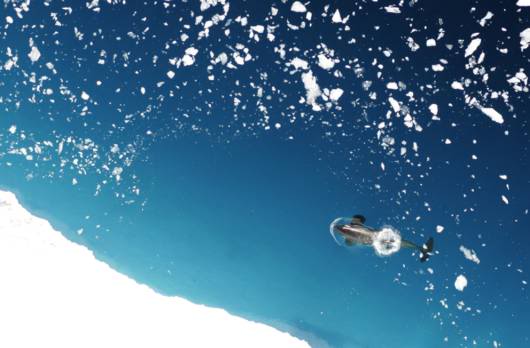 A killer whale (viewed from above) swims amid floating ice in the Ross Sea in January of 2005. Researchers from the National Oceanic and Atmospheric Administration (NOAA) Southwest Fisheries Science Center were studying the whales to determine if there are three separate species of Antarctic killer whales. (Donald LeRoi, NOAA Southwest Fisheries Science Center/National Science Foundation) 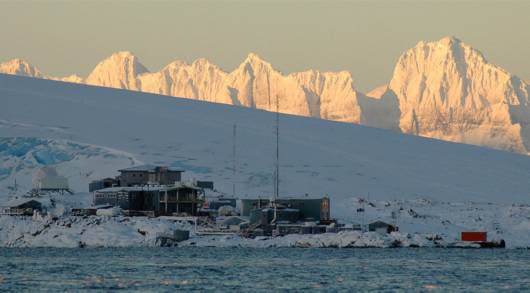 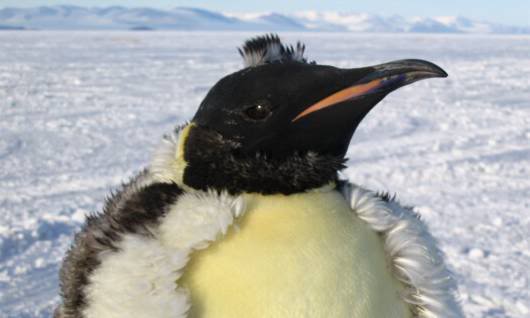 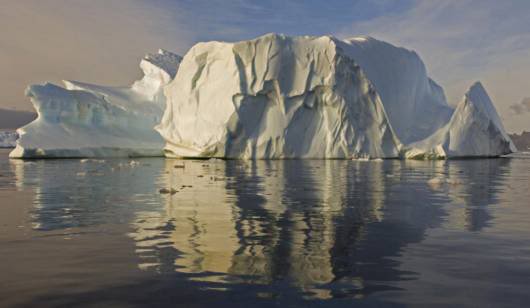 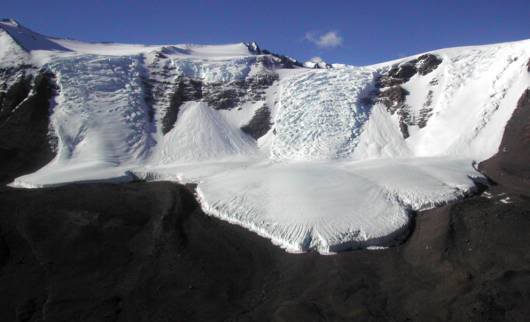 The Calkin Glacier, seen on November, 2003. The glacier is located in the Taylor Valley in Victoria Land, named for Parker Calkin, US Antarctic Program geologist who conducted research in the area during the 1960-61 and 1961-62 field seasons. (Brian Johnson/National Science Foundation) 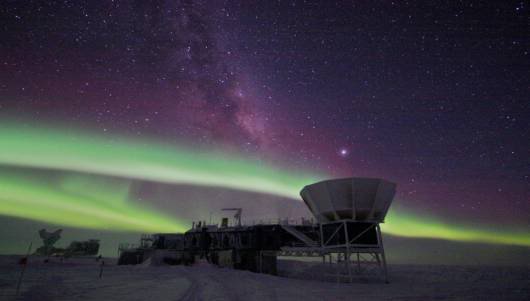 The aurora australis over the Dark Sector at Amundsen-Scott South Pole Station on June 3, 2008. The Dark Sector is so-named due to the absence of light and radio wave interfence. The bright spot above the ground shield in the foreground is Jupiter. The white streaks of light going up are the Milky Way. (Keith Vanderlinde/National Science Foundation) 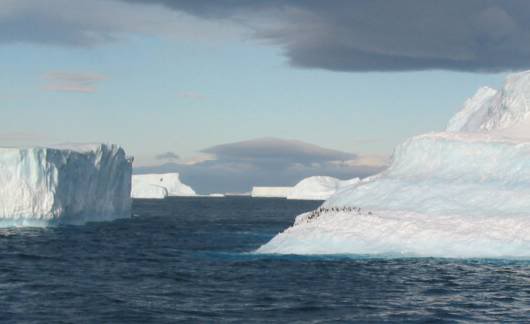 Penguins on a massive iceberg near the Antarctic Peninsula on November 28, 2003. (Kurtis Burmeister/National Science Foundation)