Each year from the estimated 1,500 active volcanoes dotted around the world around 50 of them erupt and 2015 was certainly no exception with volcanoes in Chile, Italy, the Galapagos Islands and Indonesia all erupting – just to name a few. Luckily for us photographers were there ready to capture the dramatic and often explosive action as it unfolds, resulting in some truly awe-inspiring photos.

The volcanic lighting or ‘dirty thunderstorm’ you see in the photos of both Mount Etna, Italy and Calbuco, Chile erupting is actually a naturally occurring phenomenon caused by electrical charges. 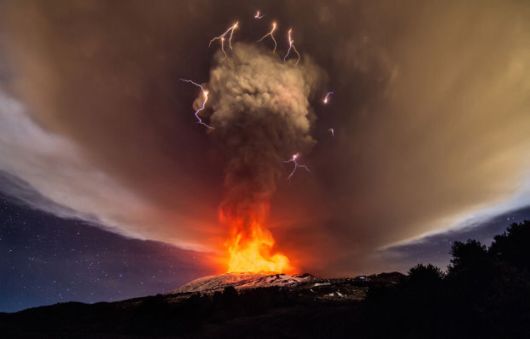 2. Sicily is lit up a night by the eruption of Mount Etna’s Voragine crater, December 3, 2015. 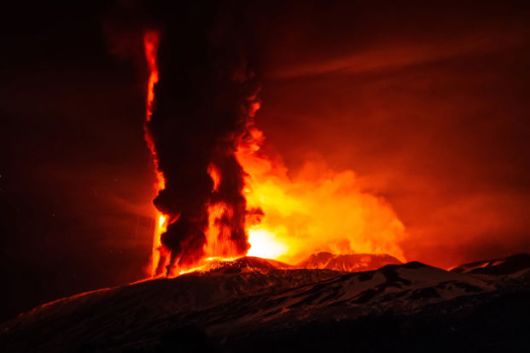 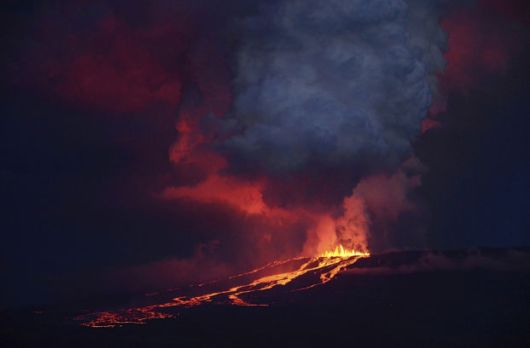 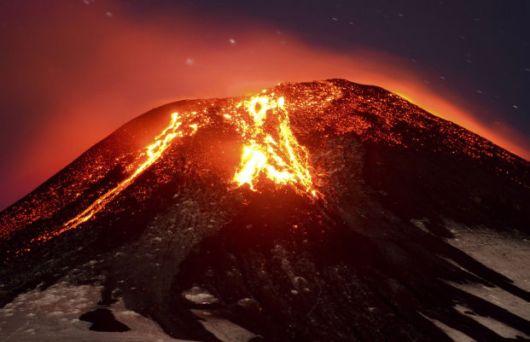 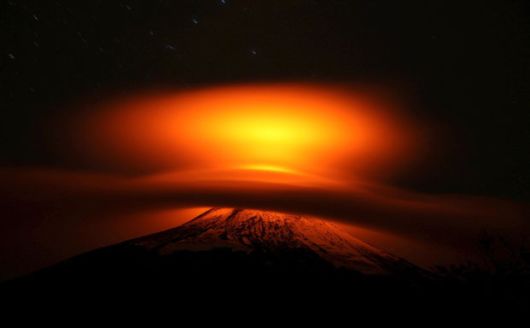 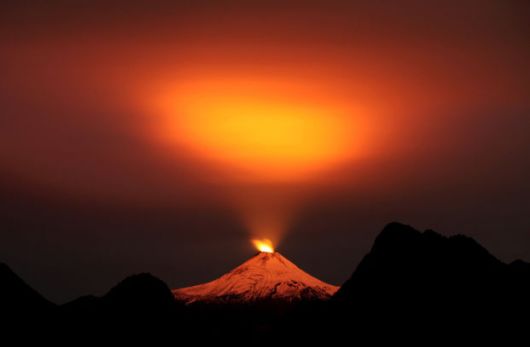 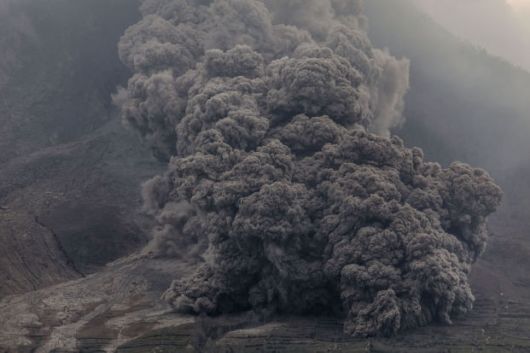 8. An onlooker stares in awe as the Piton de la Fournaise volcano spews lava on February 5, 2015. 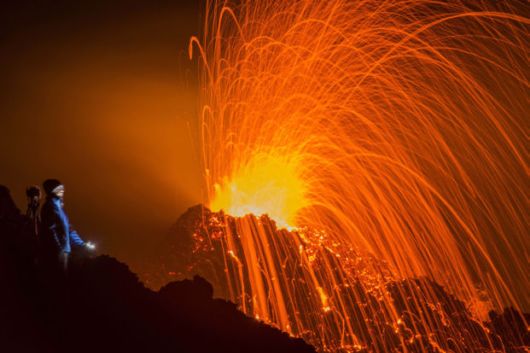 9. Lava flow viewed from above from the Piton de la Fournaise volcano erupting on May 17, 2015. 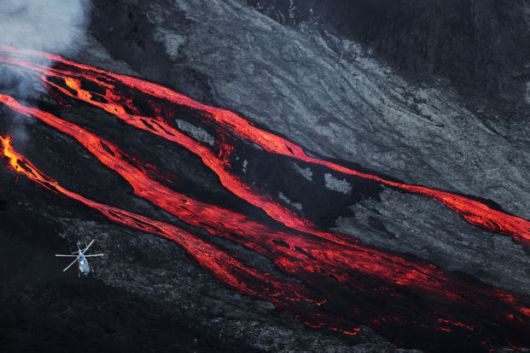 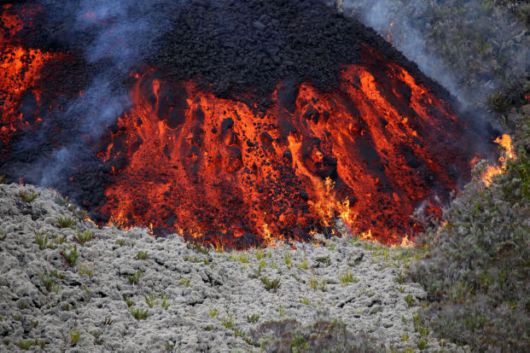 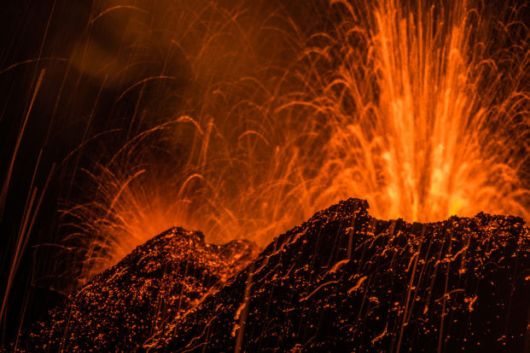 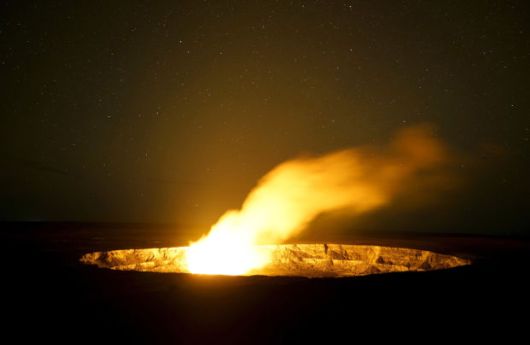 13. The Momotombo volcano erupting with giant plumes of ash and lava in Leon, Nicaragua, December 2, 2015. 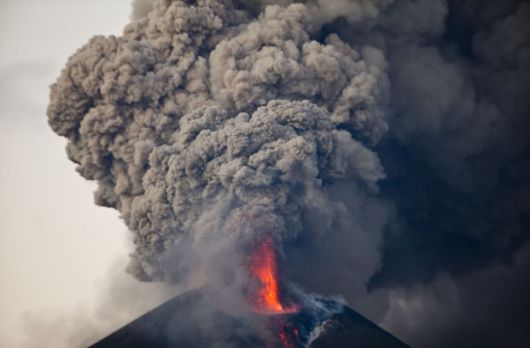 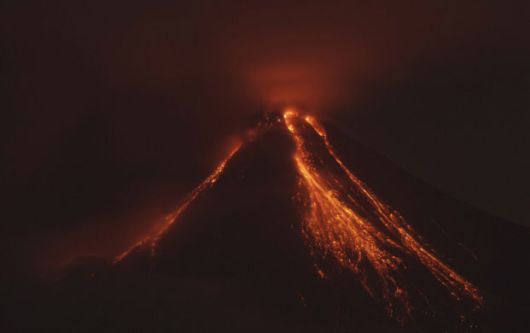 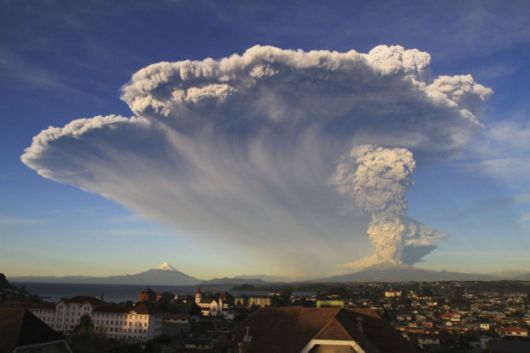 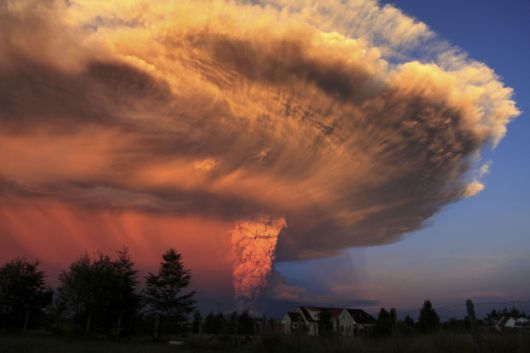 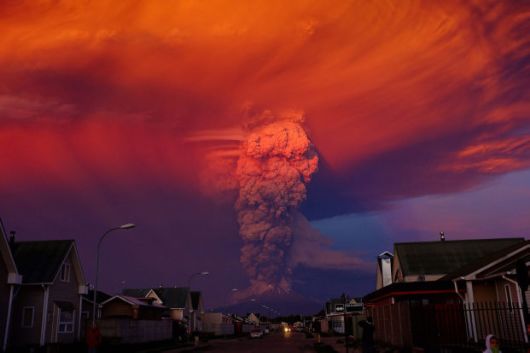 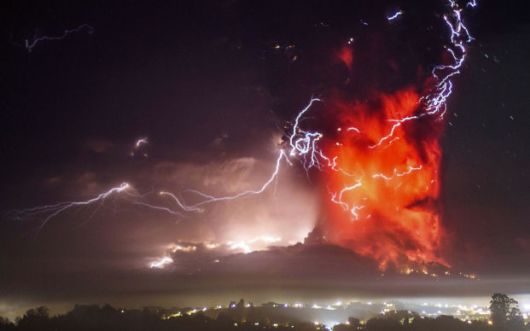 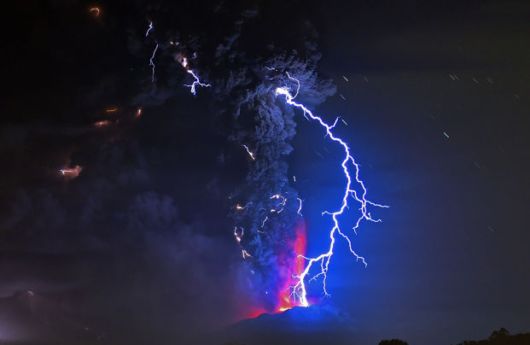 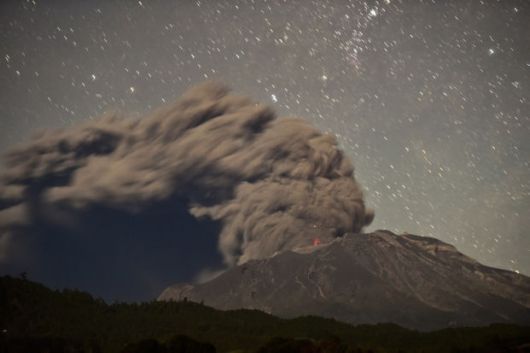