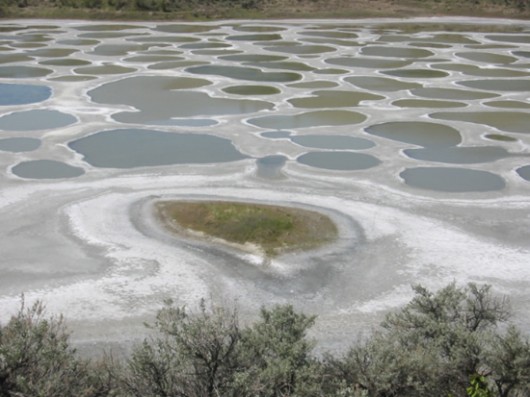 Located in the Oskogan Valley, British Columbia, Osoyoos is one of the most mineral-rich bodies of water on Earth, featuring mostly sulfates of magnesium, calcium and sodium. During the summer, as the lake?s water evaporates, it leaves behind the minerals, which take the shape of pools. Each natural pool has a different color, depending on the type and concentration of the minerals, making Osoyoos a unique sight to behold. 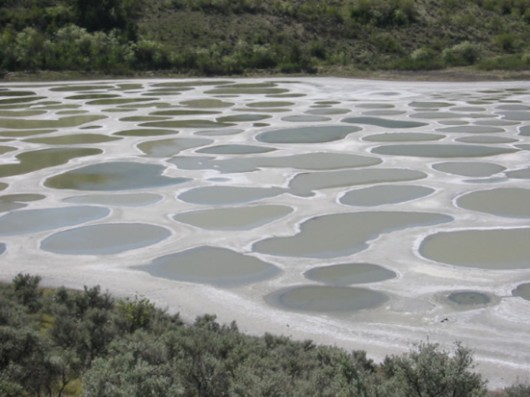 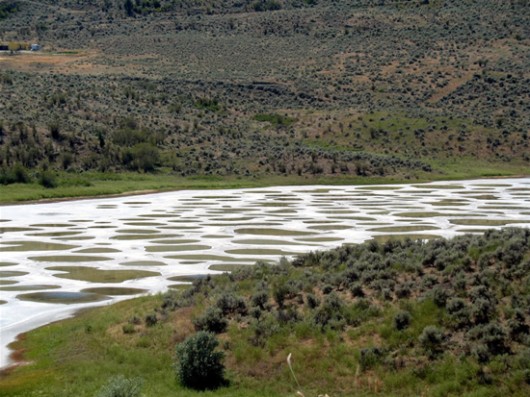 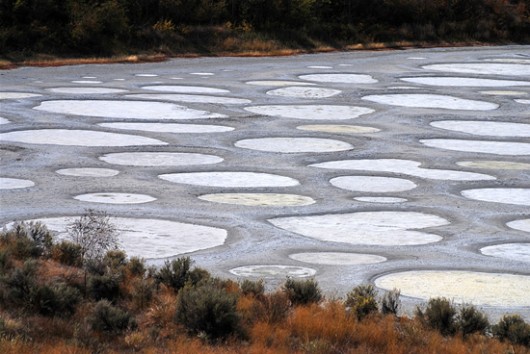 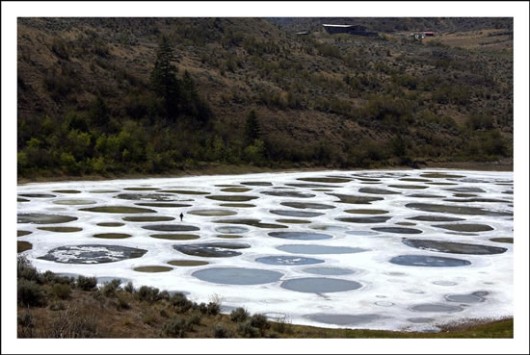 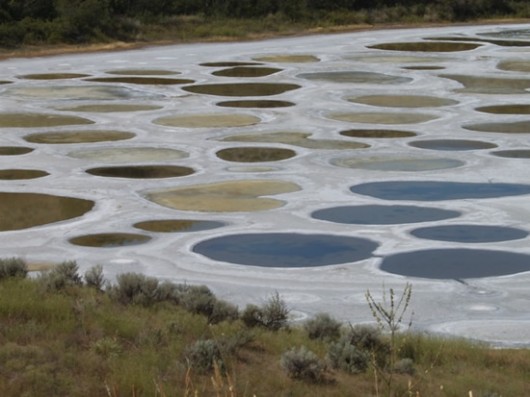 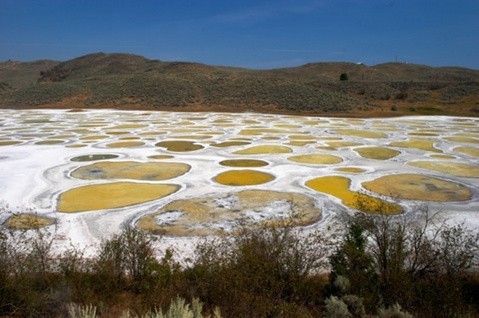 Ever since ancient times, the Indians of the Oskogan Valley have considered the Spotted Lake a holy place that cured their every illness. Whether they were suffering from sprains, infections, skin diseases or body aches, they would get better by immersing their bodies in the lakes waters. Even during times of war, tribes would ask for truce, so warriors could come to Osoyoos Lake and heal their wounds.During World War I, minerals from the Spotted Lake were used to make ammunition, in the factories built in the area. For generations, Osoyoos was the property of the Earnest Smith family, who wanted t build a healing spa, on the lake. But constant pressure from the Indian natives kept this from ever happening, and eventually convinced the Smiths to sell the lake back to the Indians.

An impressive sight, the Spotted Lake is of limits to tourists, for fear they might damage the pools. But you can still enjoy a great view of it, from behind the iron fence that surrounds Osoyoos.