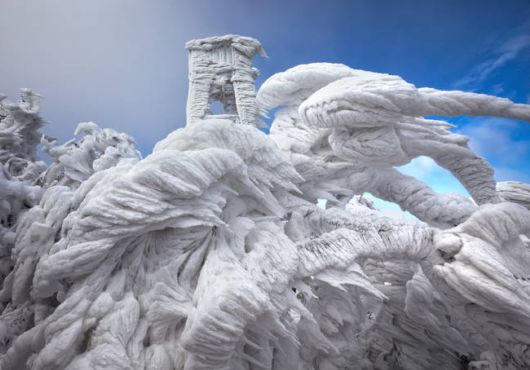 These photos look like the set of some fantastical movie, created to evoke an otherworldly realm. But no, they’re actually quite real.

After several weeks of snow and ice storms, nature photographer Marko Korosec decided to brave a climb up Mount Javornik, a mountain and popular ski destination in eastern Slovenia. Once there, he found that layers of hard ice known as rime ice had built up on the trees and lookout towers during the storms, and that the wind had created ice spikes up to three feet long bristling out from the surfaces, creating an otherworldly landscape.

Luckily for us, Korosec brought his camera so this amazing, if temporary, phenomenon could be captured. 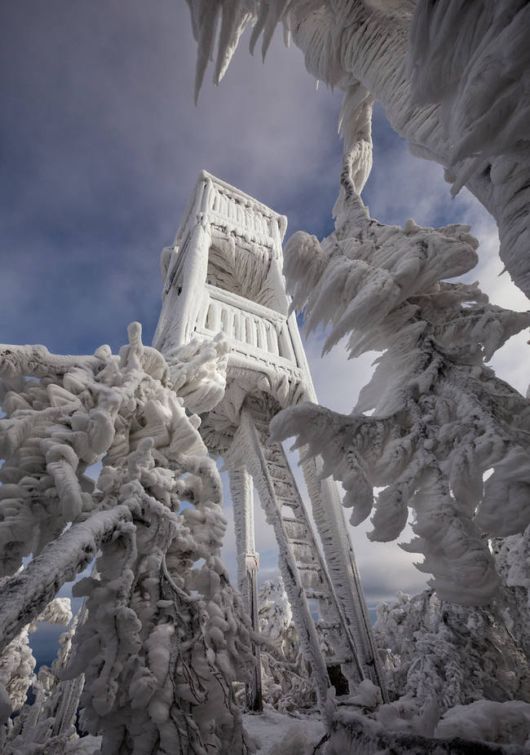 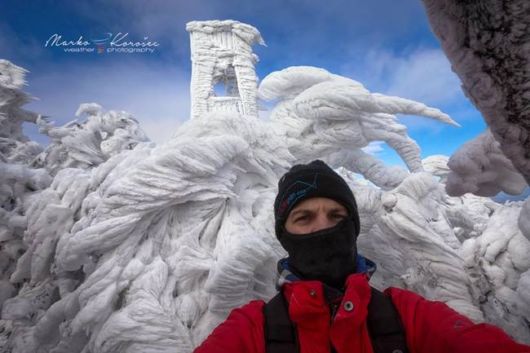 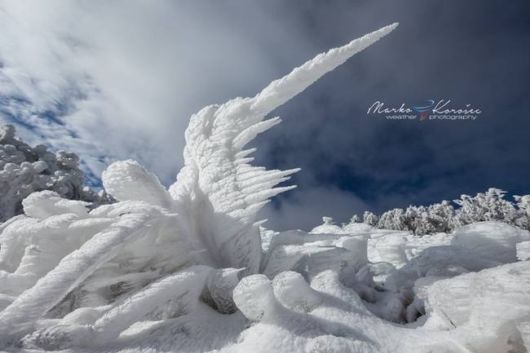 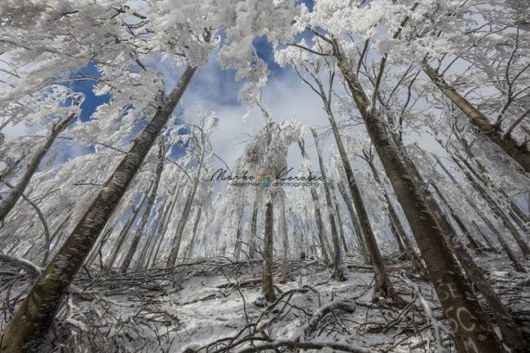