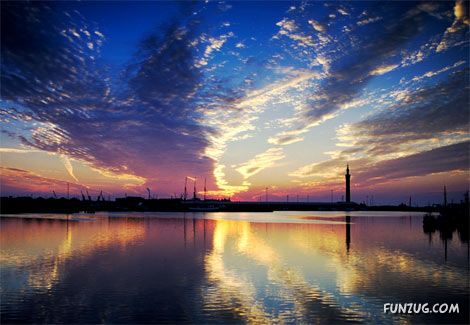 A ?mackerel sky? adds to a striking sunset scene in Grimsby, Lincolnshire, England. Ripples of altocumulus or cirrocumulus clouds resembling the markings of a king Mackerel gives the phenomenon its name. 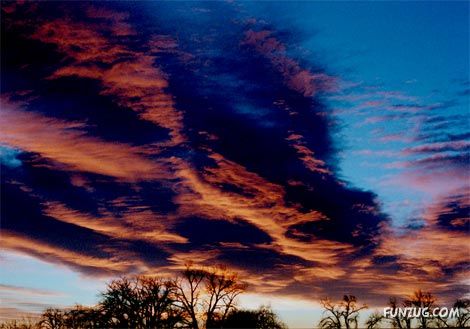 Fluffy altocumulus undulatus clouds stain the sky red above a row of trees. These mid-level clouds, which form above 6,500 feet (2,000 meters), often herald an approaching storm. 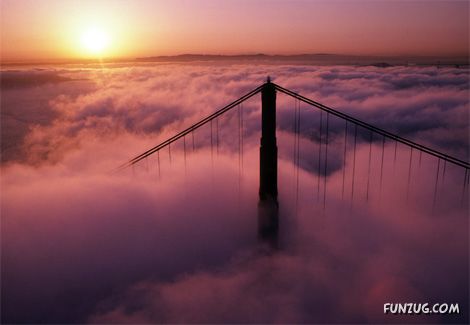 San Francisco?s Golden Gate Bridge appears to float on a sea of surrounding clouds. Such low-level clouds, called stratus clouds, occur below 6,500 feet (2,000 meters) and often bring rain or snow. Clouds that touch the ground are known as fog. 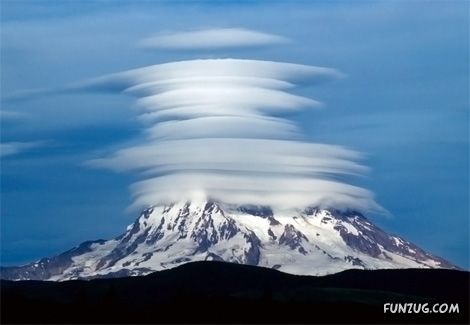 The summit of Washington?s Mount Rainier lies hidden beneath a stack of horizontally layered lenticular clouds. These clouds are formed by high winds blowing over rough terrain and are sometimes described as a ?stack of pancakes?.

The beauty of a Tassajara, California, sunset is enhanced by towering cumulonimbus cloudsâ??but they will likely spoil the serene scene. These tallest of all clouds often produce violent storms of rain, thunder, lightning, hail, and high winds. 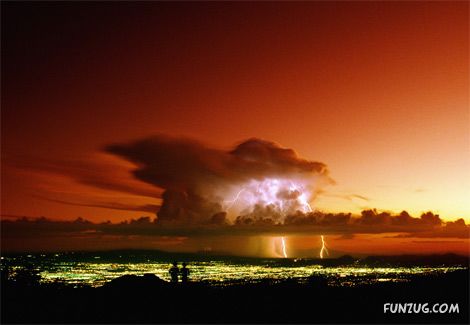 The bright lights of Tucson, Arizona, are more than matched by a flash of lightning far above the city skyline. The sunset scene shows a classic cumulonimbus cloud formation. 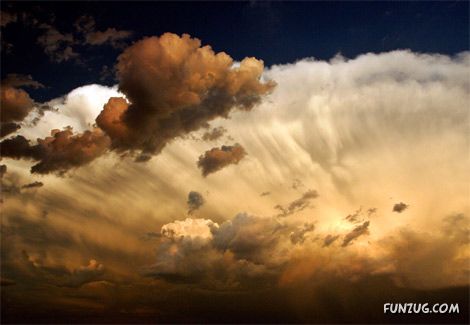 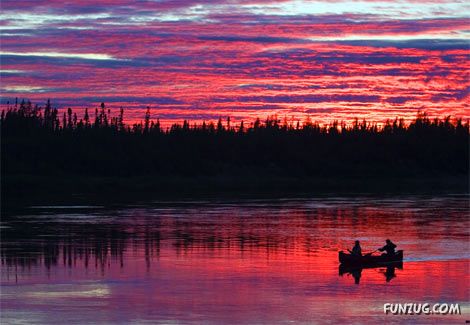 Colorful clouds and calm water create a striking sunset scene for canoeists on Winisk River in Ontario, Canada. A single cloud may hold billions of pounds of water but not all clouds bring rain.