These spectacular images of galaxies thousands of light years away would appear to have been taken using state-of-the-art equipment.

In fact, they were captured by amateur astronomer Georgiy Suturin using just a camera and a home-made telescope.

The extraordinary photos include the twinkling beauty of the Orion Nebula, and the Rosette Nebula – an object so massive it would take 130 years travelling at the speed of light to go from one side to the other. 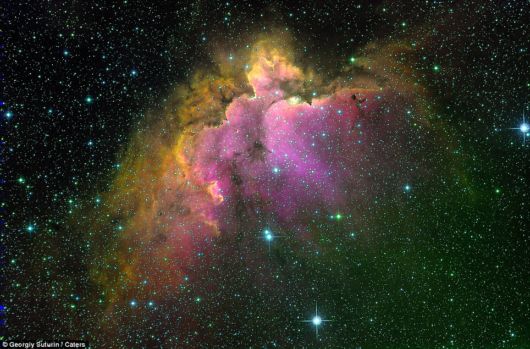 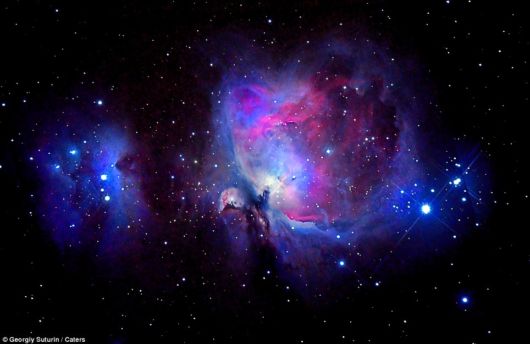 Mr Suturin, from Kiev, Ukraine, took this exquisite image of the Orion Nebula is one of the brightest nebulae and is visible to the naked eye in the night sky

Incredibly, they were taken using a telescope painstakingly pieced together by Mr Suturin, who has dedicated his life to developing and trialling different kit to perfect his set-up.

He said: ‘I was fond of astronomy even when I was a boy and studied in school.

‘I first started making telescopes together with my friend. We made them out of standard glasses you wear if you have bad eyesight.

‘We inserted the lenses to tubes made of hard cardboard and discovered we could take pictures of Venus – I kept that photograph under my pillow for years. 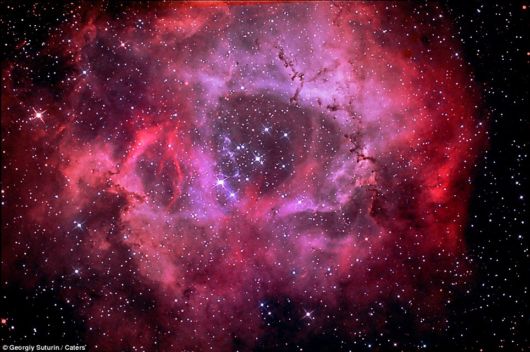 Majestic red: The Rosette Nebula is so massive it would take 130 years travelling at the speed of light to go from one side to the other 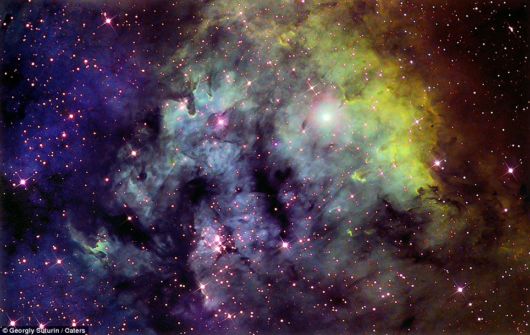 Heart-shaped: The twinkling CED 214 emission nebula in the Cepheus constellation 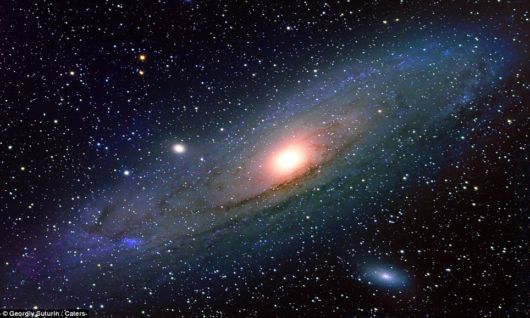 Mr Suturin’s image of the Andromeda Galaxy, a spiral galaxy approximately 2.5 million light-years from Earth, can be seen in all its oval glory