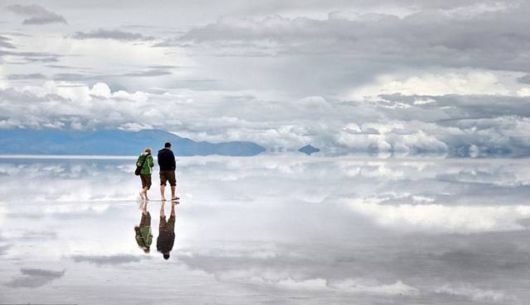 Salar de Uyuni (salar is salt flat in Spanish) is currently the world?s largest salt flat at 10,582 square kilometers (4,086 sq mi). Actually, some 30,000?42,000 years ago, the area was part of a giant prehistoric lake, Lake Minchin. When it dried, it left behind two modern lakes and two major salt deserts, Salar de Coipasa and the larger Salar de Uyuni. 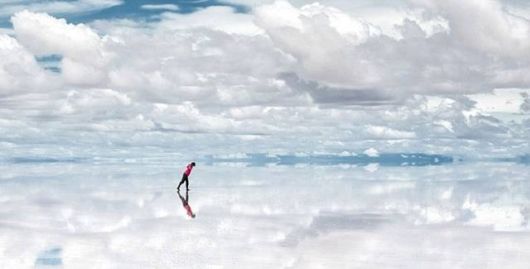 Located in southwest Bolivia, near the crest of the Andes, it is covered by a few meters of salt crust, which has an extraordinary flatness with the average altitude variations within one meter over the entire area of the Salar. The large area, clear skies and exceptional surface flatness make the Salar an ideal object for calibrating the altimeters of Earth observation satellites.

When covered with water, this extraordinary place becomes one of the largest mirrors on Earth. 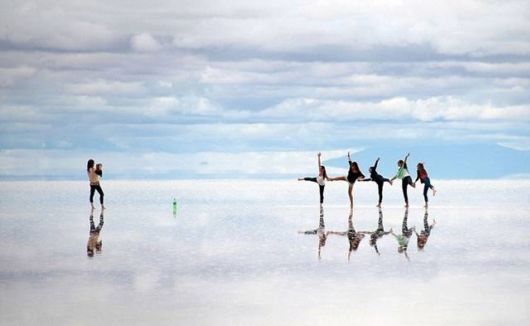 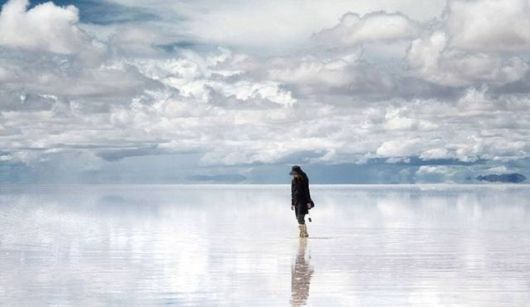 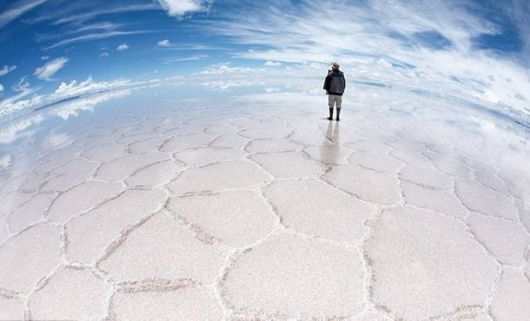 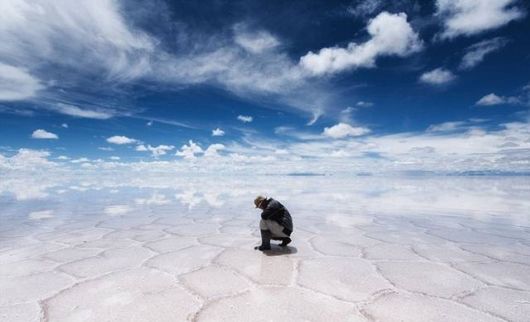