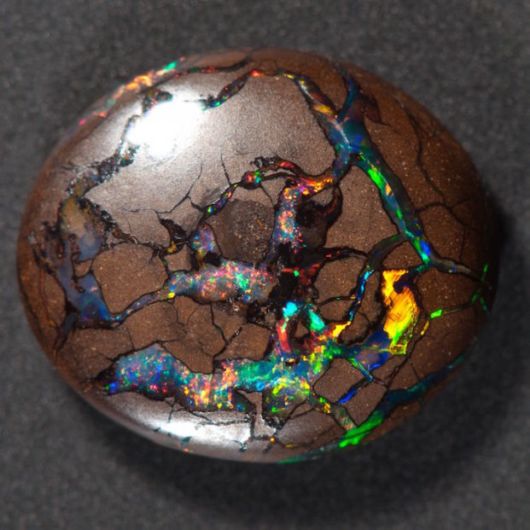 Gemstones never cease to amaze us with their naturally formed vibrant colours and forms that look so incredible at times it’s hard to believe they’re even from this planet, as is the case of these incredible Boulder Opal stones. Full or iridescent crystals the stone appears to have an entire universe trapped within its wood like surface.

The Boulder Opal originates from Australia and is formed from two parts, the host rock which is normally ironstone or sandstones and a precious opal that’s trapped inside. The gemstone is formed when silica compound has water in it, penetrating the rock and depositing opal in its cracks, the contrast that is then created between the host rock and the opal trapped inside really is beautiful. 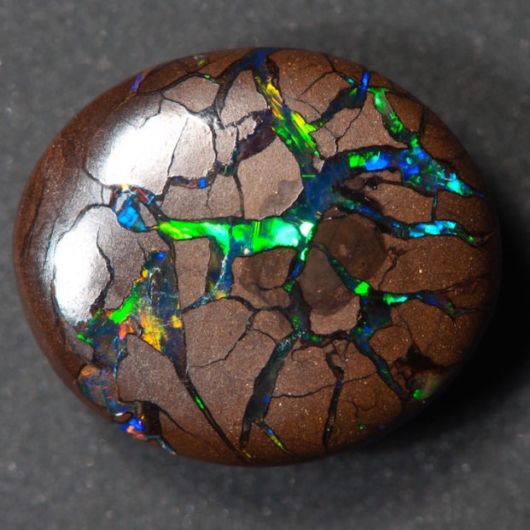 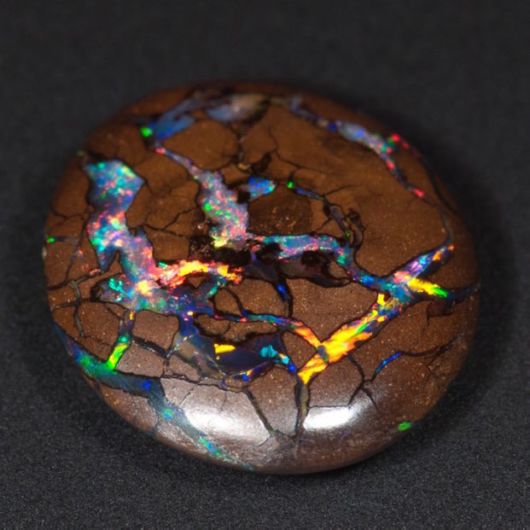 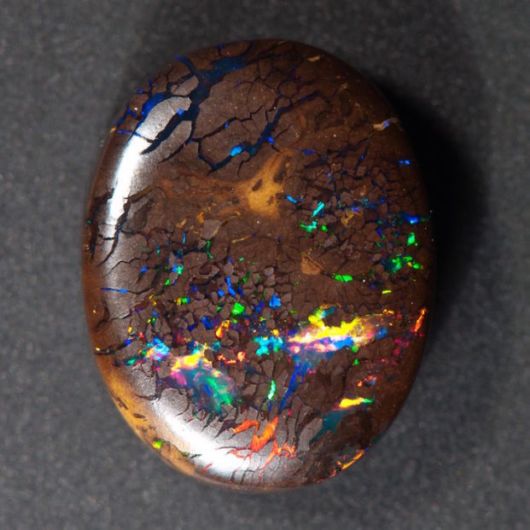 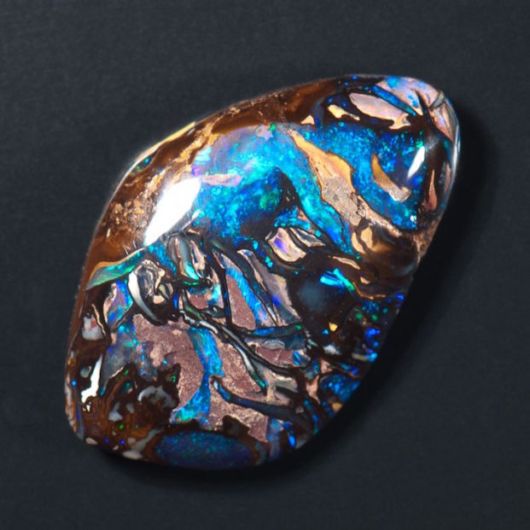 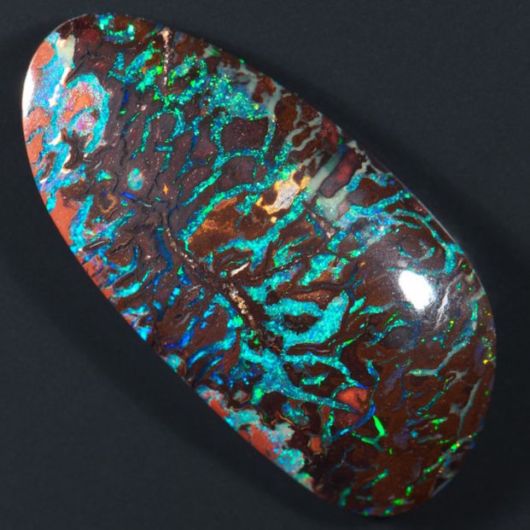 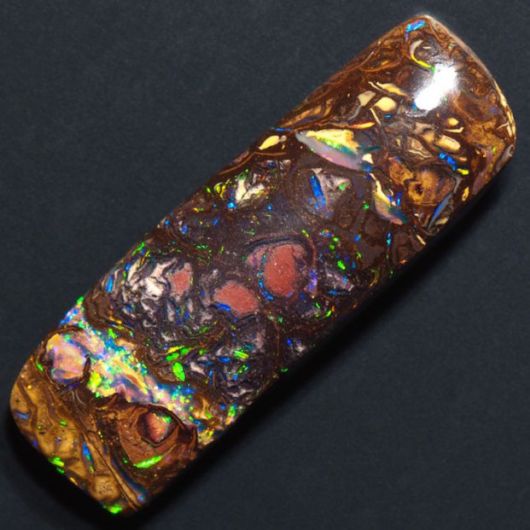 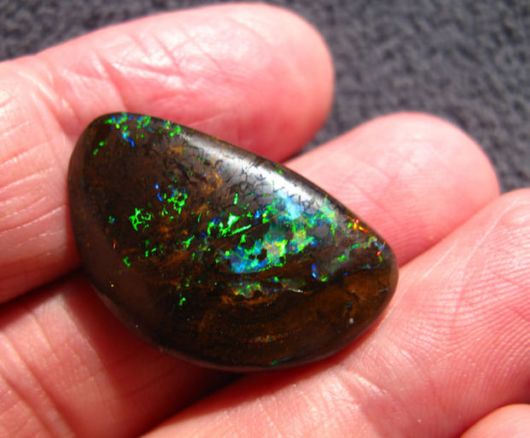 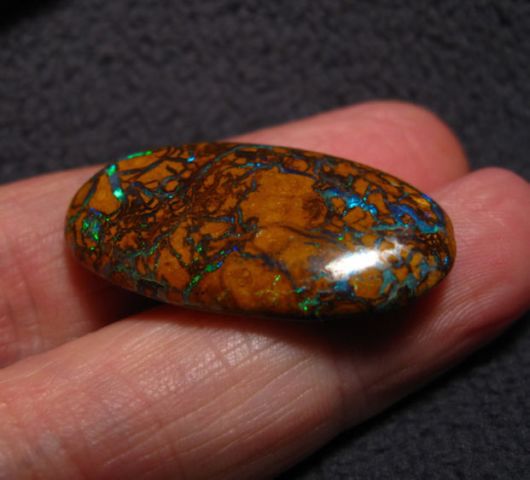 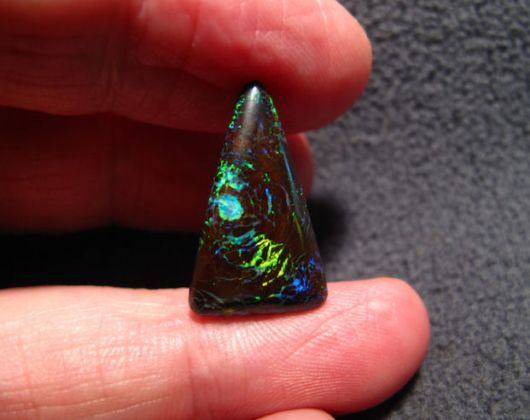