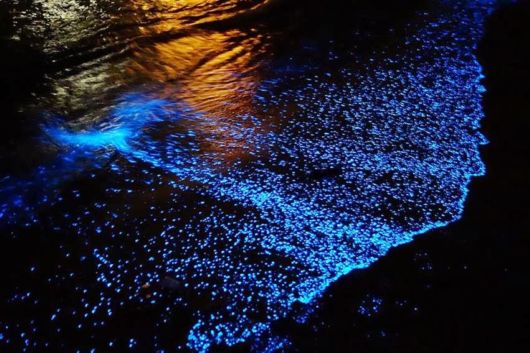 The blue speckled sands provide a beautifully surreal accent to the landscape at night as the waves crash onto the shore, making it look like a spectacular reflection of a starry sky on the ground. It may look like an alien life-form has washed up on a beach, but this striking neon blue effect is a completely natural phenomenon. These phenomenal photographs show how the glowing phytoplankton light the entire beach where the waves hit the sand and agitate the little creatures. They also light up under pressure, like when people walk across the sand. 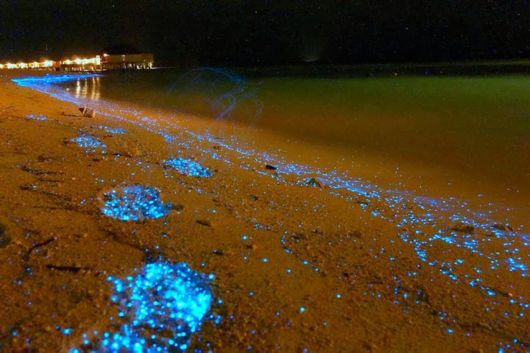 Glowing blue water washes up on a beach in Vaadhoo, one of the Raa Atoll islands in the Maldives. The result of a chemical reaction called bio-luminescence, it occurs when a micro-organism in sea water is disturbed by oxygen. 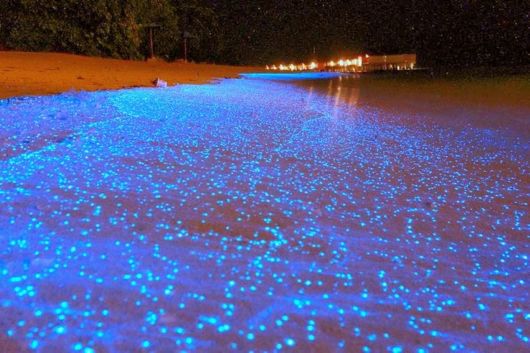 These glistening dots of light, captured on a beach in the Maldives by Taiwanese photographer William Ho, are caused by microscopic organisms called bio-luminescent phytoplankton, or Lingulodinium polyedrum for the scientifically inclined. The photographer, who has been asked on multiple occasions whether the shots are real or not, insists his images are absolutely real though you’d have to be lucky enough to catch as great an occurrence as he experienced just outside of a Thai restaurant in the Maldives. 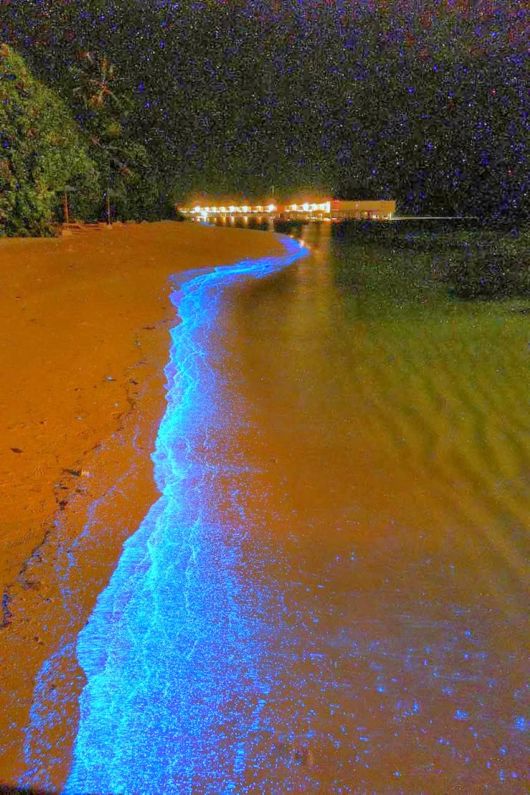 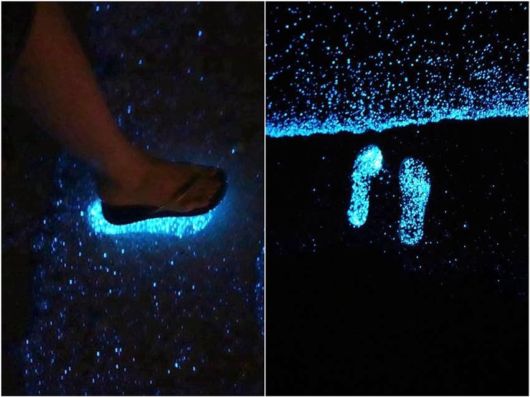 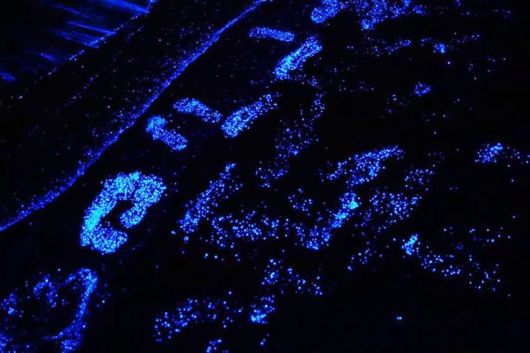 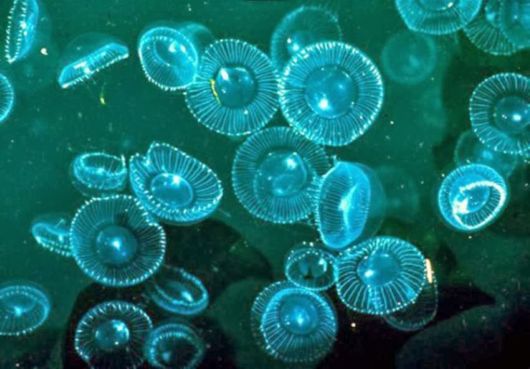 However, the secret is this: phytoplankton ? the marine microbes ? are bio-luminescence and emanate the blue glow. The species create the most romantic natural lighting in the world.