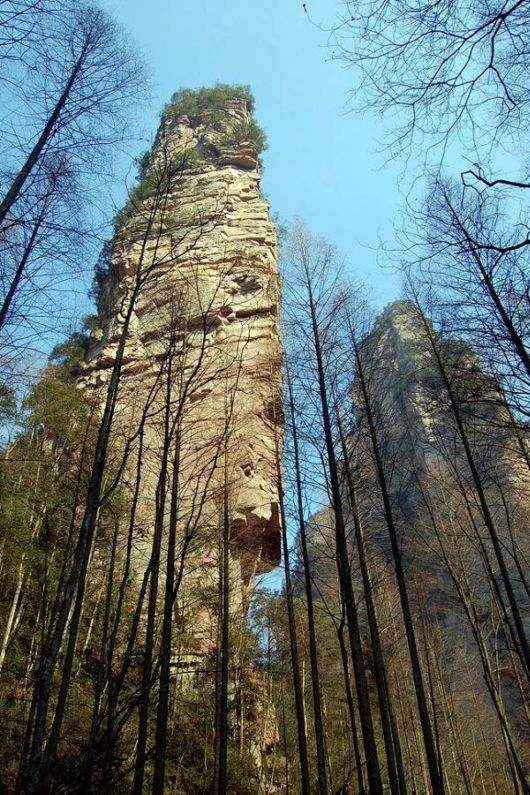 The Zhangjiajie National Forest Park or Hunan Zhangjiajie National Forest Park is a unique national forest park located in Zhangjiajie City in northern Hunan Province in the People?s Republic of China. It is the China?s first national park (4,810 hectares), it was then approved by the Ministry of Land and Resources as Zhangjiajie Sandstone Peak Forest National Geopark (3,600 km²) in 2001. In 2004, Zhangjiajie Geopark was listed as a UNESCO Global Geopark. The unique and stunning geographic feature is the pillar-like rocks throughout the park. They are result of many years of erosion caused by ice. One of the park?s quartz-sandstone pillars (3,544 foot) is the ?Southern Sky Column?. It is said that the Avatar film?s director and production designers drew inspiration for the floating mountains from this pillar rocks. Recently, in January 2010, the ?Southern Sky Column? has been officially renamed as ?Avatar Hallelujah Mountain? in honor of the film. 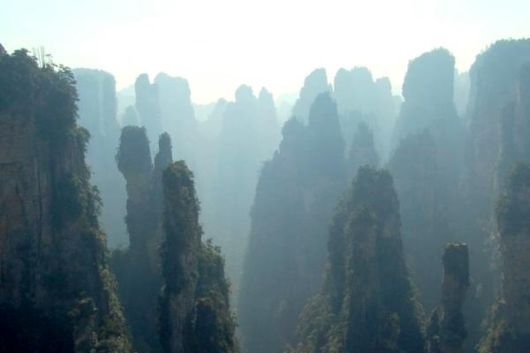 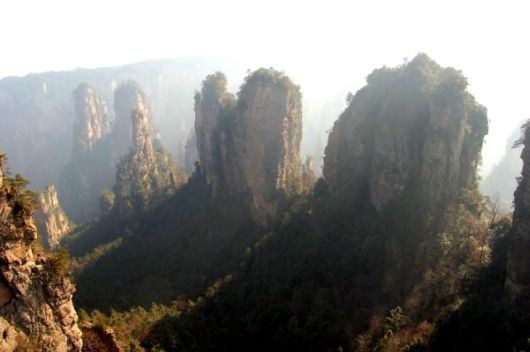 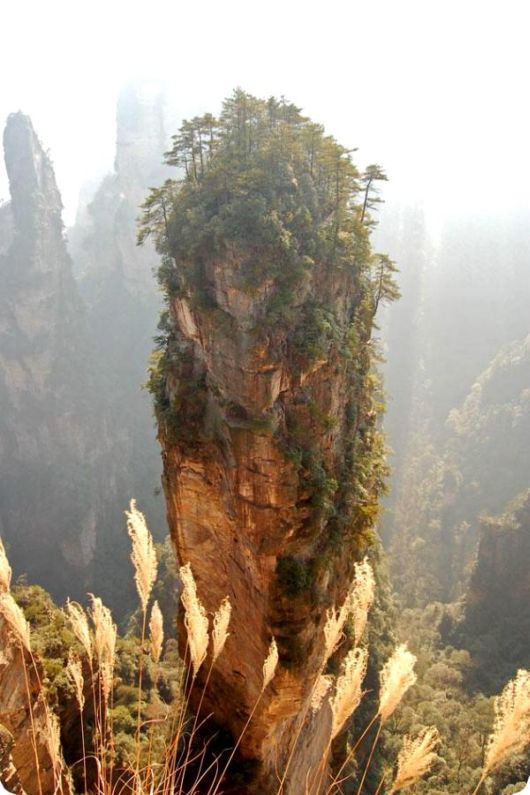 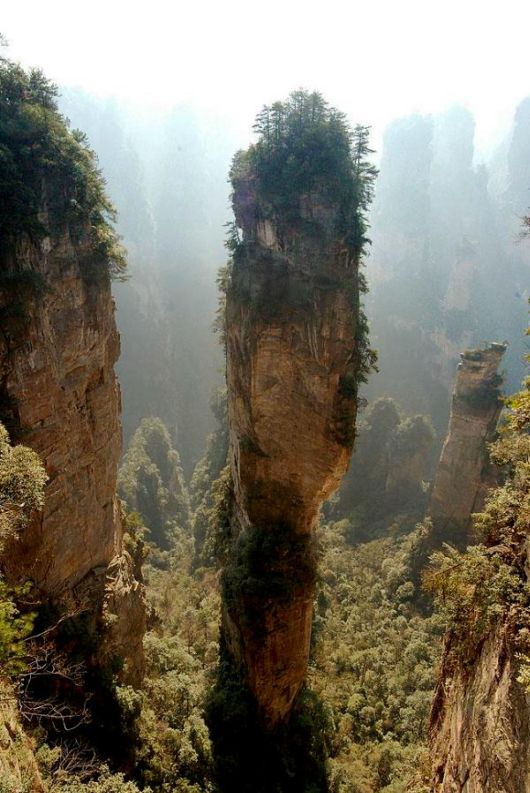