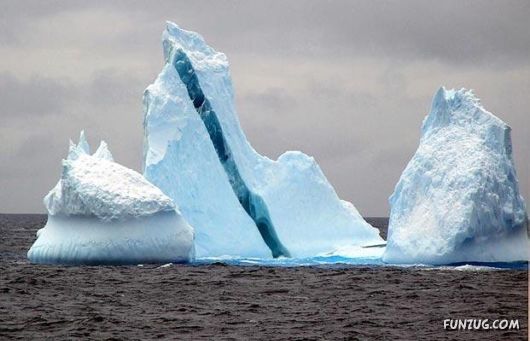 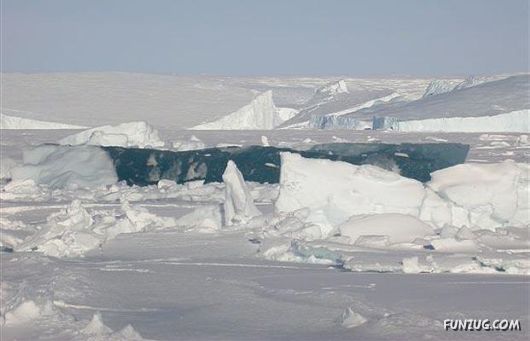 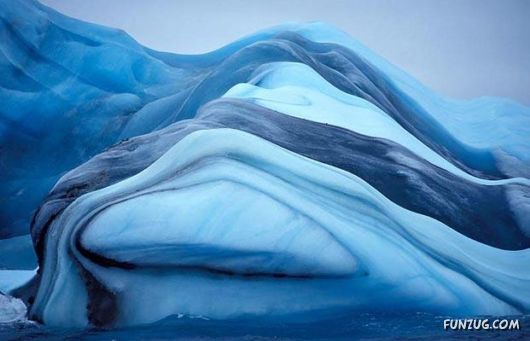 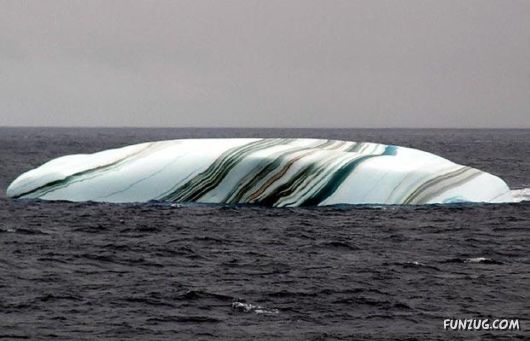 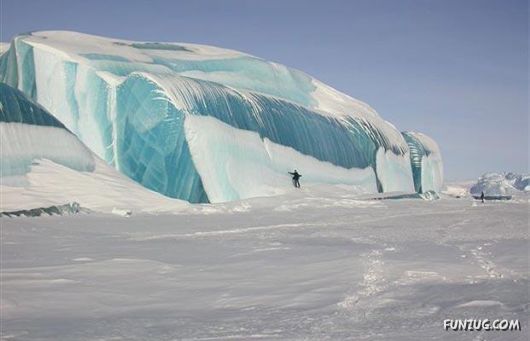 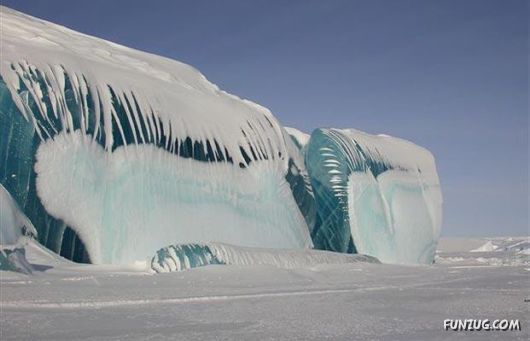 Icebergs in the Antarctic area sometimes have stripes, formed by layers of snow that react to different cond Blue stripes are often created when a crevice in the ice sheet fills up with meltwater and freezes so quickly that no bubbles form. When an iceberg falls into the sea, a layer of salty seawater can freeze to the underside. If this is rich in algae, it can form a green stripe. Brown, black and yellow lines are caused by sediment, picked up when the ice sheet grinds downhill towards the sea.

The water froze the instant the wave broke through the ice. That’s what it is like in Antarctica where it is the coldest weather in decades. Water freezes the instant it comes in contact with the air.The temperature of the water is already some degrees below freezing. Just look at how the wave froze in mid-air!!!