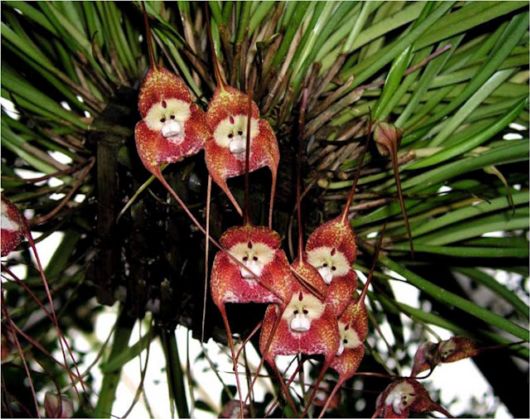 Nature doesn?t need an audience. These wonderful orchids come from the south-eastern Ecuadorian and Peruvian cloud forests from elevations of 1000 to 2000 meters and as such not many people throughout history got to see them. However, thanks to intrepid collectors we do get to see this wonderful Monkey Orchid. Someone didn?t need much imagination to name it though, let?s face it. 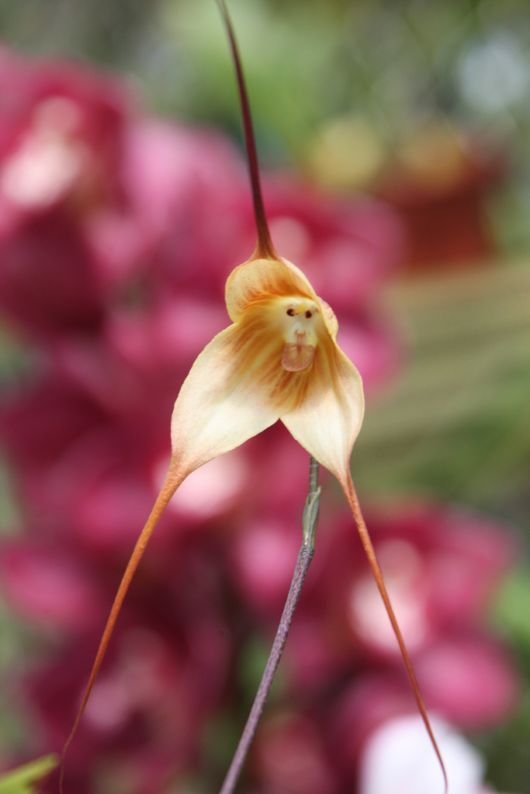 Its scientific name is Dracula simia, the last part nodding towards the fact that this remarkable orchid bears more than a passing resemblance to a monkey?s face ? although we won?t go as far as to be species specific on this one. The Dracula (genus) part of its name refers to the strange characteristic of the two long spurs of the sepals, reminiscent of the fangs of a certain Transylvanian count of film and fiction fame. 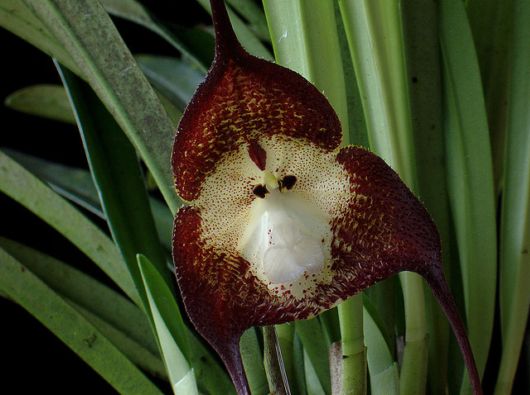 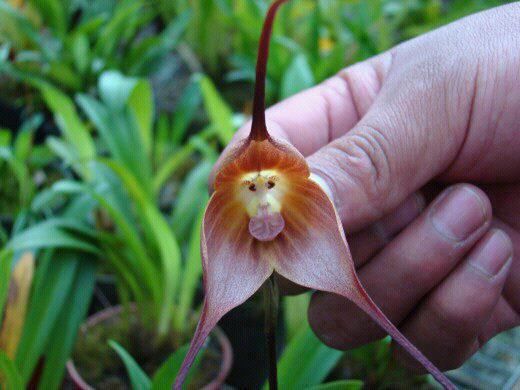 The orchid was only named in 1978 by the botanist Luer but is in a family containing over 120 species mostly found in Ecuador. Up in the cloud mountains the monkey orchid can flower at any time ? it is not season specific. It scent resembles that of a ripe orange. 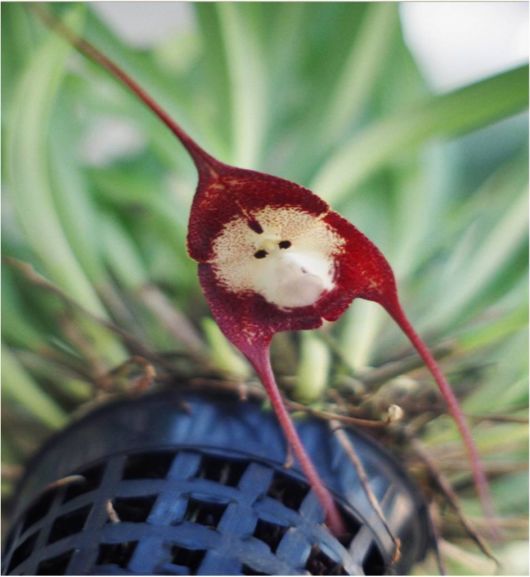 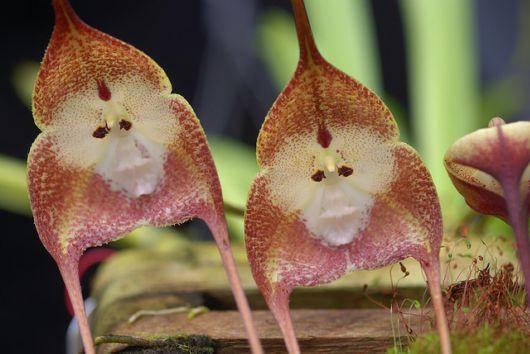 The examples seen here are all cultivated ? though it remains very rare in ?captivity?. For that reason don?t make a dash down to your local horticulturalist. Yet for those lucky enough to have one, if kept quite cool and in partial shade and it can thrive and flower. Like all orchids, however, it needs a lot of care and patience ? so you may want to consider a cactus instead! 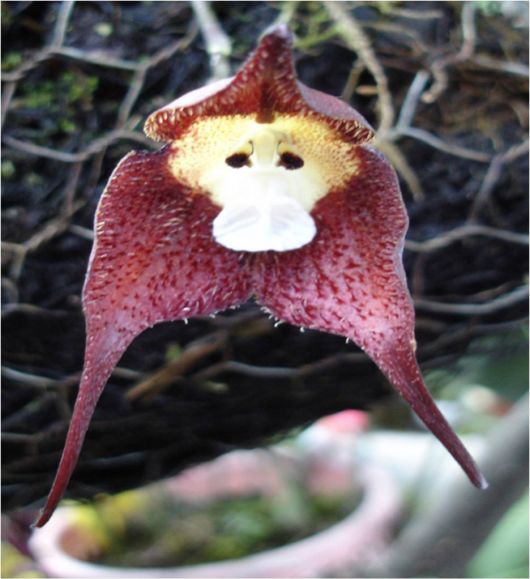 If you don’t quite see why this orchid gets its name, then do one thing. Move back from your screen a few feet and take another look. Close up the similarity is good, from a distance it is astounding. 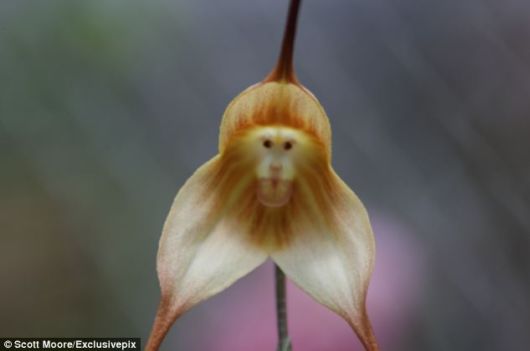 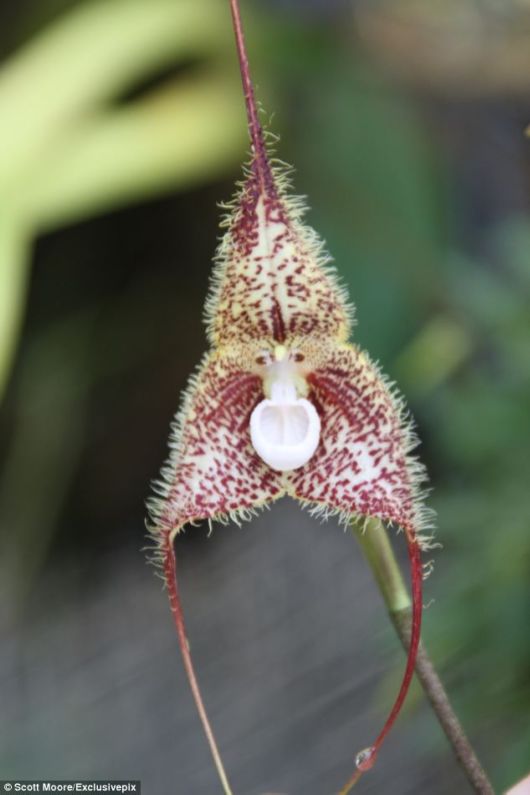 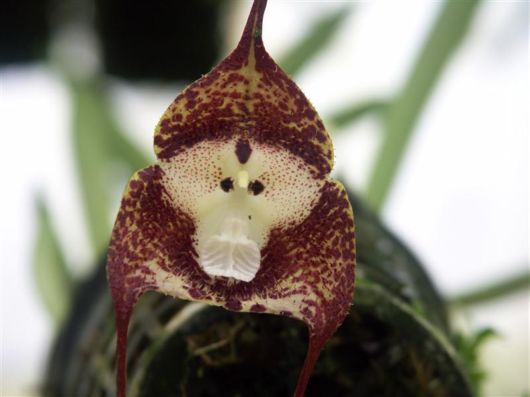 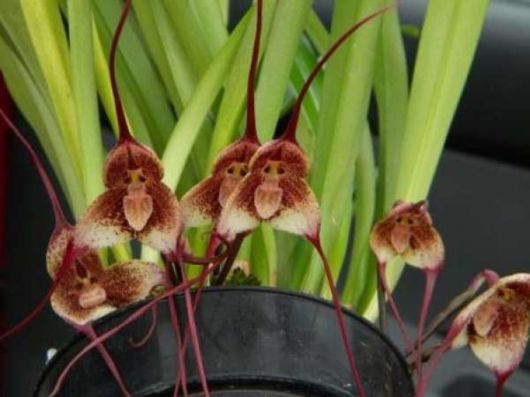 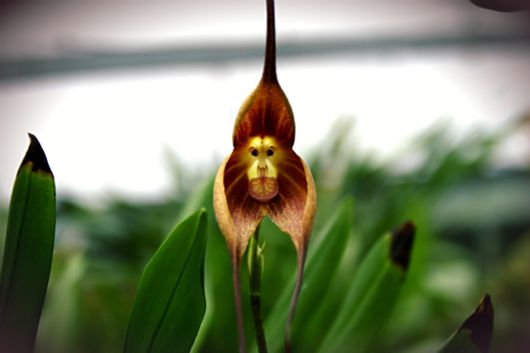 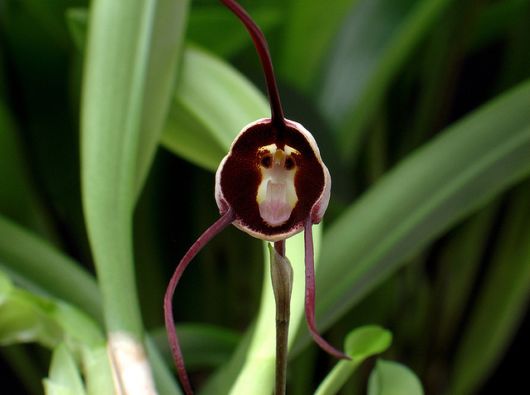