Eleuthera is one of several islands that lies within the archipelago in The Bahamas, about 80 km east of the capital city Nassau. It is long ? about 180 km ? and thin – only about 1.6 km wide in places. The light blue waters of the shallow Caribbean Sea on one side of the island stand out in stark contrast to the deep blue of the Atlantic Ocean thousands of feet in depth. One of the best places to see this extraordinary juxtaposition is at the Glass Window Bridge.

The Glass Window Bridge is about two miles east of Upper Bogue and joins Gregory Town and Lower Bogue at the narrowest point on the island. It is one of the few places on earth where you can compare the rich blue waters of the Atlantic Ocean on one side of the road and the calm turquoise-green waters of the Exuma Sound (Caribbean Sea) on the other side, separated by a strip of rock just 30 feet wide. 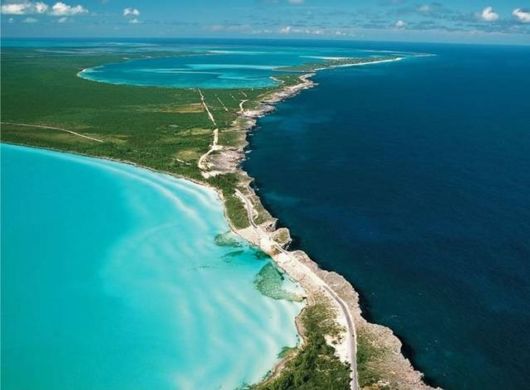 Over the natural rock bridge, a concrete bridge has been built that connects the northern and southern points of Eleuthera by a paved road. The Glass Window Bridge is one of the most visited places in the island.

For centuries, there was a natural stone bridge connection between north and south Eleuthera. Then in the 1940’s, several hurricanes combined to destroy the land bridge and the concrete bridge was built as replacement. For decades, this bridge was kept functional by periodic repairs, but in 1992 and 1999 hurricane caused significant damage to the bridge. After the 1999 Hurricane Floyd, practically nothing of the original Glass Window Bridge remained. Although the bridge was repaired and Queen’s Highway re-connected within a few months, the geography of Eleuthera was changed forever. Even after a decade, workers stay busy reinforcing the shoreline in order to re-pave the severely eroded asphalt.

One should take great care when visiting the Glass Window Bridge and the surrounding cliff areas. Rogue waves have been known to arrive unexpectedly and wash over the bridge and nearby cliffs. Since there are no immediate reefs along the ocean side to break up these rogue waves as they arrive, the waves can hit with great force and have been known to not only wash people out into the ocean, but vehicles as well. Land is undergoing continuous erosion from the force of water that pounds from towering heights. On the left, approaching the bridge from the south, is a blow hole that spews water fantastically high, hinting at the power of the water beneath. 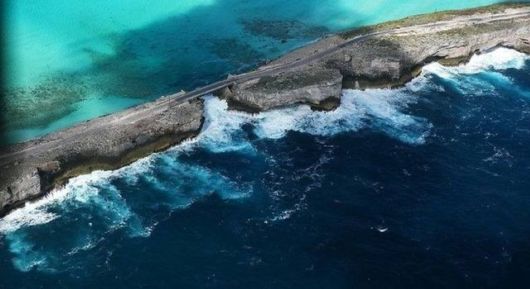 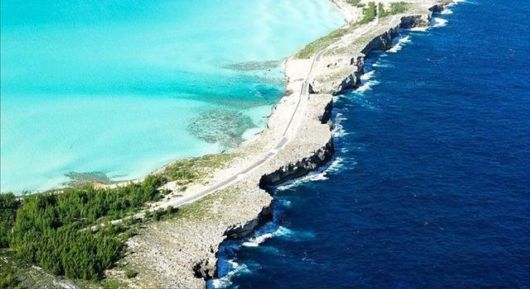 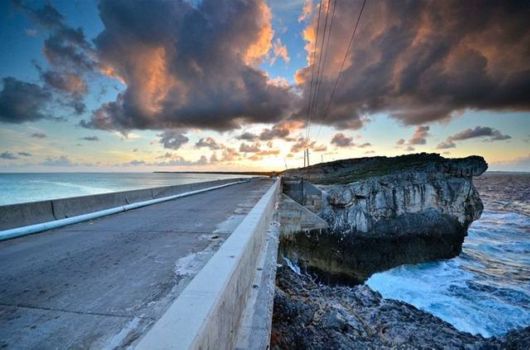 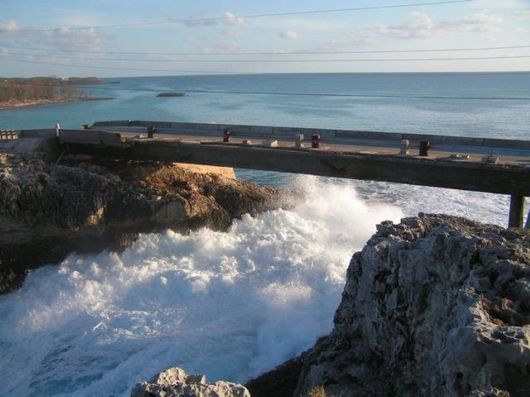