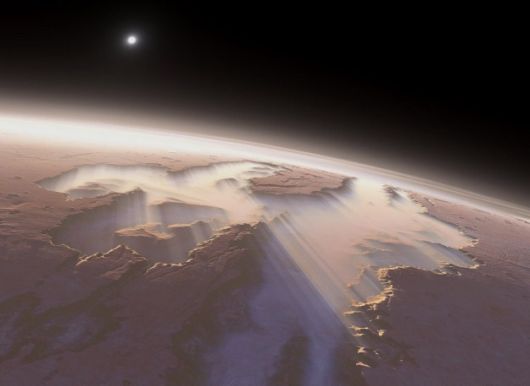 The largest canyon in the solar system wide strip crosses the disk of Mars. This huge valley called Valles Marineris, has a length of more than 3,000 miles, its width reaches 600 kilometers, and the depth of ? 8 km. 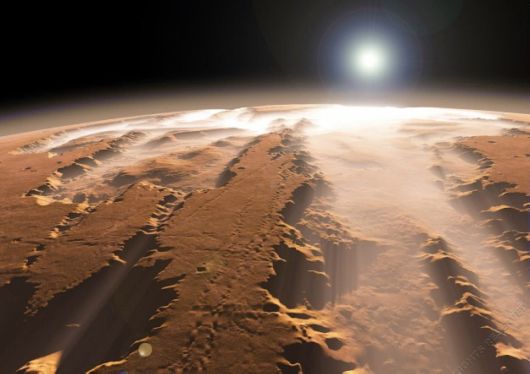 The origin of Valles Marineris remains unknown, although the most likely hypothesis is that it was formed as a crack billions of years ago when the planet cooled. 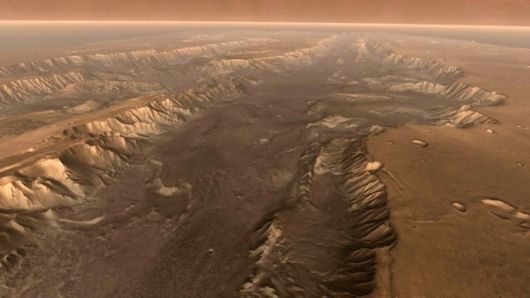 Recently it was discovered that the canyon continues some geological processes. 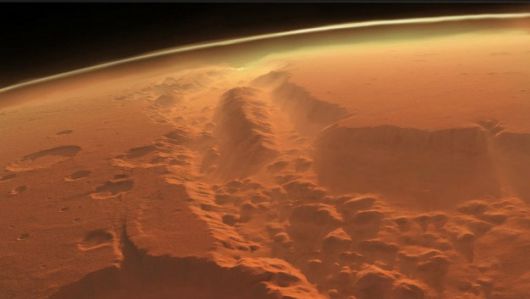 Valles Marineris is divided into several areas. At the west end area is called the Labyrinth of Night, to the east ? and Io Teton Canyon, followed by Milas and Ophir, another east ? Koprat, Ganges, Eos and Capri. Then there are the ruined areas of relief, called the chaos that end in the plain of Chryse. 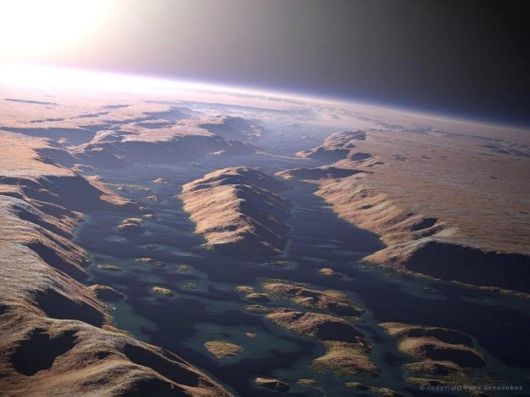 Valles Marineris is so extended, that when one of its ends the night, the other end is still illuminated by the light of day. As a result, there is a difference in temperature, and as a result of strong winds blowing throughout the canyon. 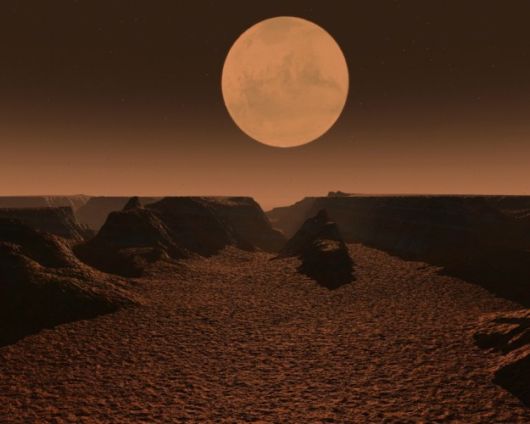 or comparison, the Earth?s Grand Canyon in the United States has a length of 800 kilometers, 30 kilometers wide and the depth of 1.8 kilometer. If Valles Marineris place in the U.S., it will extend throughout the state, from the Atlantic to the Pacific. 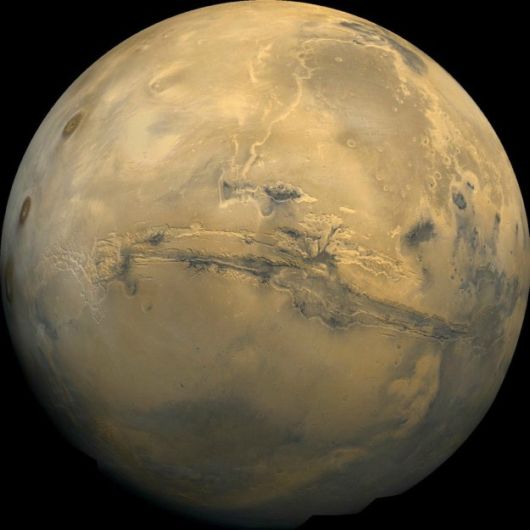 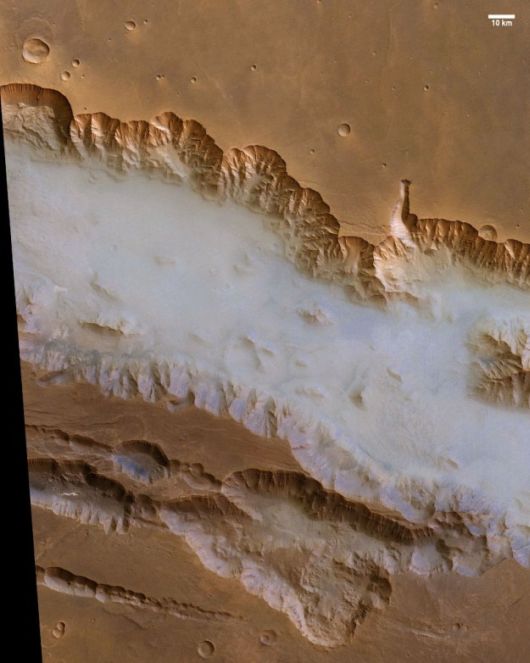 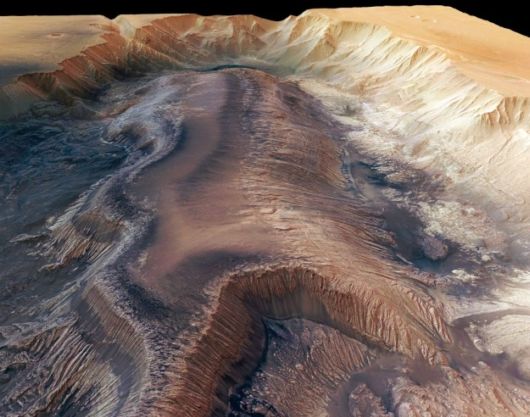