Derweze ? The word Derweze translate in Turkmen means "gate", is a village in Turkmenistan of about 350 inhabitants, located in the middle of the Karakum Desert, about 260 km north from Ashgabat and 90 km from the village Erbent. The diameter of 70 meters and a depth of 20 meters. The Derweze gas well, and the story of its discovery is quite interesting, In 1971, a team of Soviet scientists was drilling at the site when their rig collapsed into a cavernous pocket of natural gas. Concerned that the hole would release poisonous methane gases, the geologists set it on fire, expecting the fuel would burn out in a few days. Since 1971, the natural gas coming from the crater, but the gas is still burning today. Locals have dubbed the cavern "The Door to Hell". 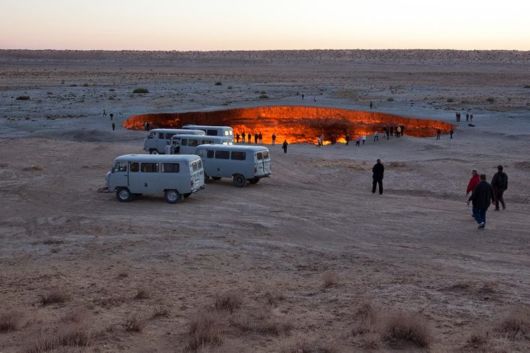 That was more than four decades ago, and the crater is still burning. Its glow is visible from Derweze each night. Fittingly, the name Derweze means "gate" in the Turkmen language, so locals have dubbed the burning crater the "Gate to Hell." Although it is a slow-burning ecological disaster, the crater has also become one of Turkmenistan’s few tourist attractions, drawing adventurous souls out into the Karakum, where summer temperatures can hit 50ºC (122ºF) without any help from the Derweze fire.

Despite the Derweze Door to Hell’s potential as a tourist site, Turkmen President Kurbanguly Berdymukhamedov issued orders for local officials to find a way to put out the fire, after his 2010 visit to the crater. The president expressed fears that the fire would draw off gas from other nearby drilling sites, damaging Turkmenistan’s vital energy exports. The country exports natural gas to Europe, Russia, China, India, and Pakistan. Turkmenistan produced 1.6 trillion cubic feet of natural gas in 2010; its Ministry of Oil, Gas, and Mineral Resources published a goal of reaching 8.1 trillion cubic feet by 2030. Impressive though it looks, the Gates of Hell at Derweze seems unlikely to make much of a dent in those sorts of numbers. 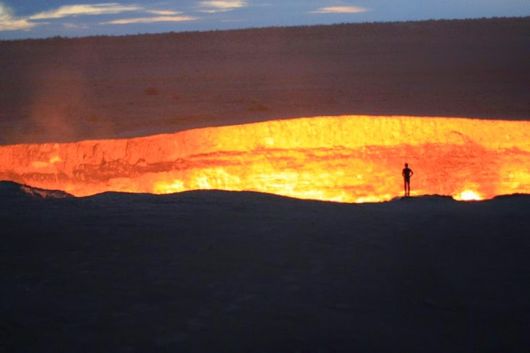 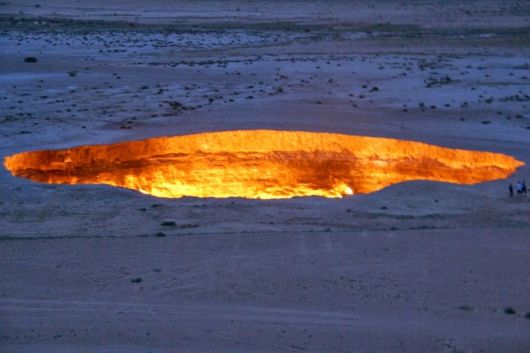 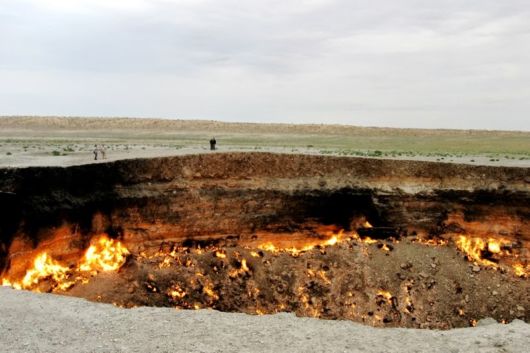 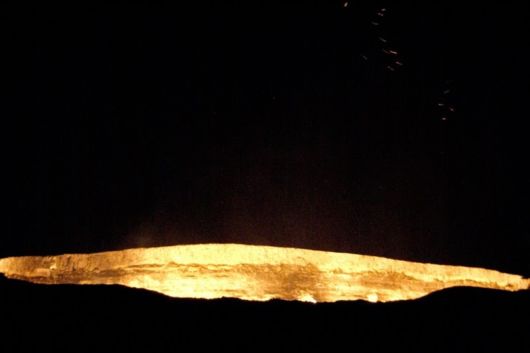 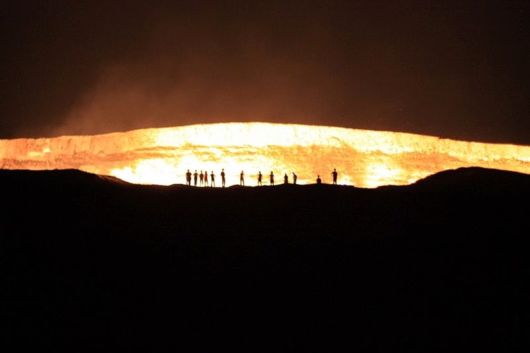 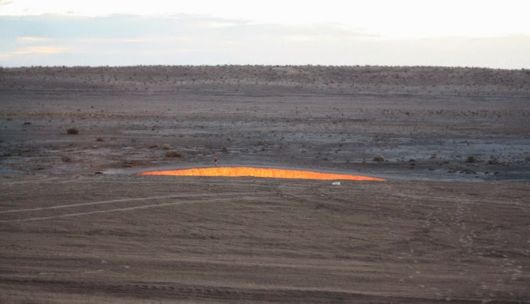 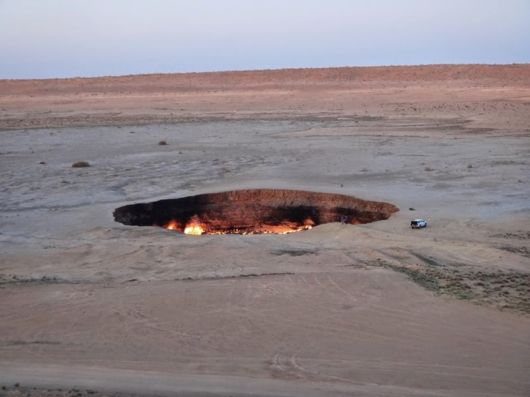 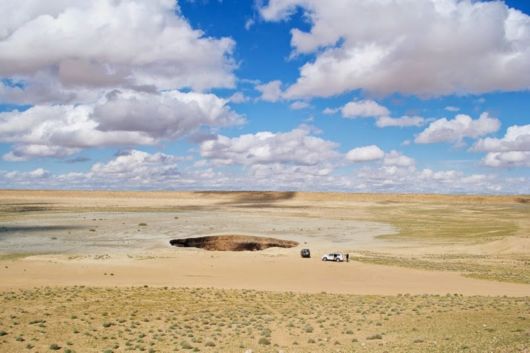 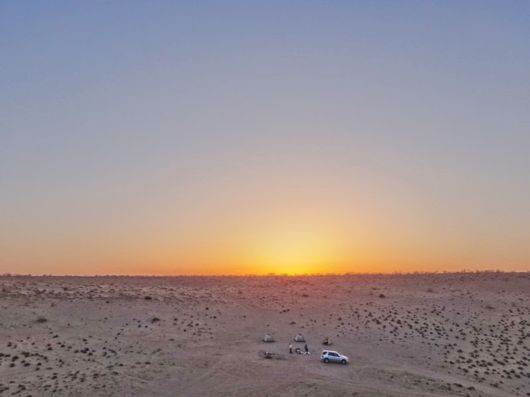 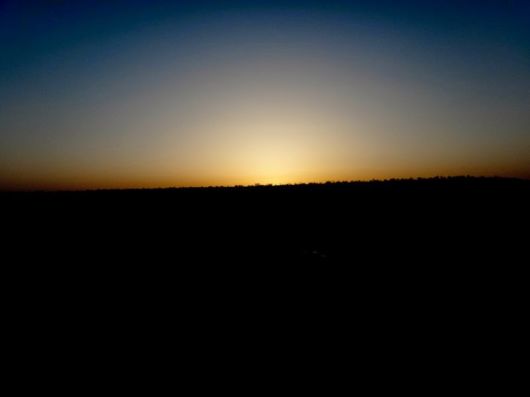