When nature decides to shoot it all to smithereens it uses giant ice bullets. Extreme hail is probably the most dangerous and life-threating weather event for those unlucky enough to be in the open. It leaves fist-sized dents in the sheet metal, destroys windshields and comes down with a force that some compare with hand grenades, or an artillery attack. 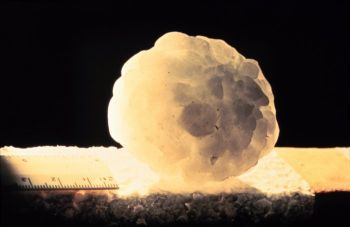 A murderous hailstorm in the Middle East, which decimated livestock and seemed to particularly dislike SUVs: 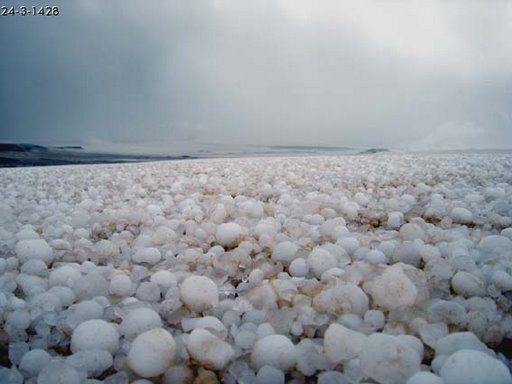 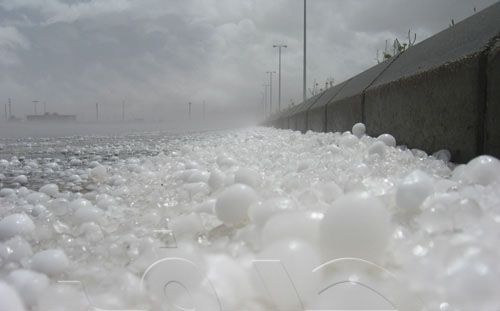 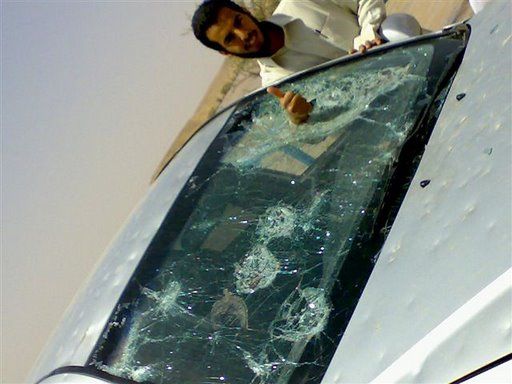 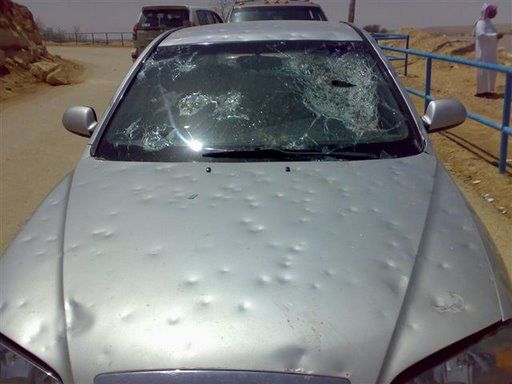 Guo Huang sent us photographs, documenting the process and aftermath of one such crazy "drum-solo" from hell: 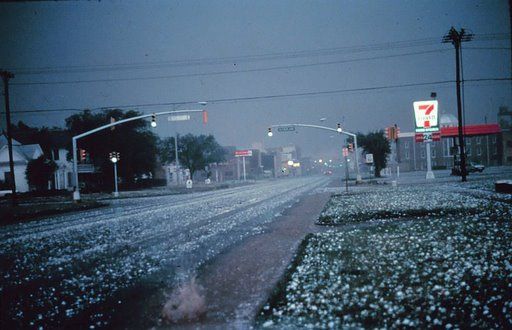 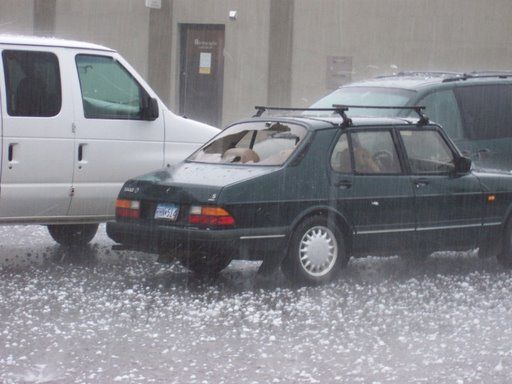 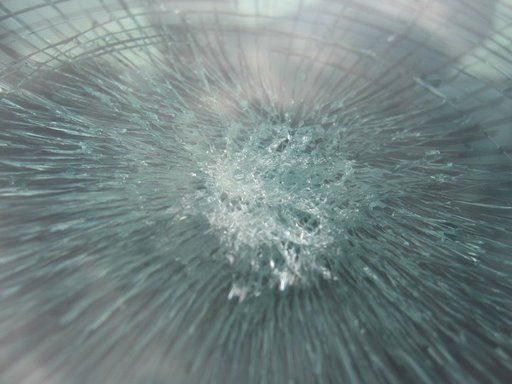 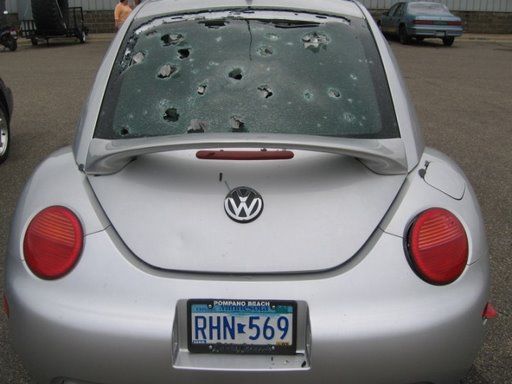 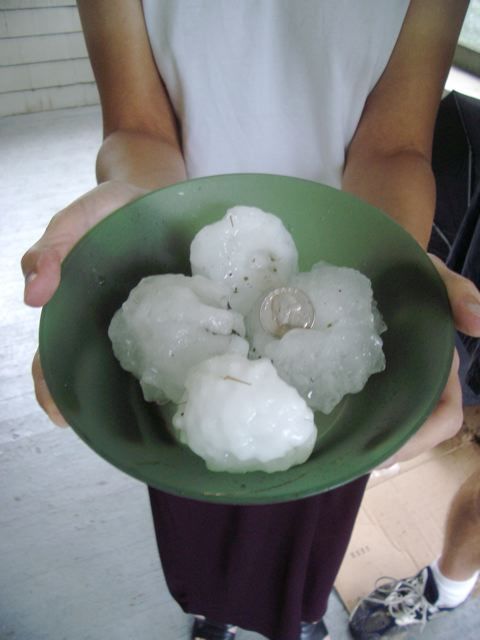 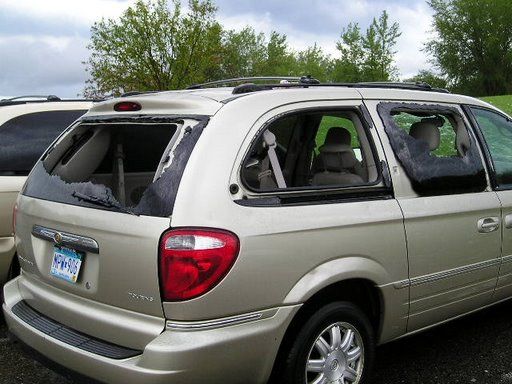 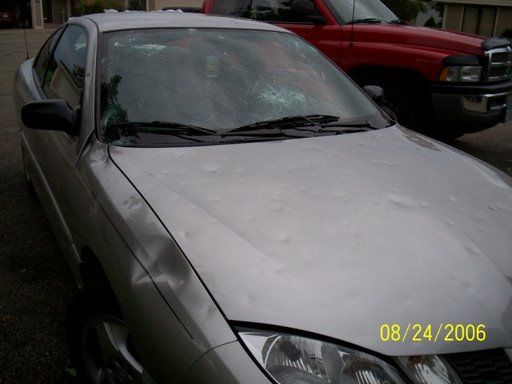 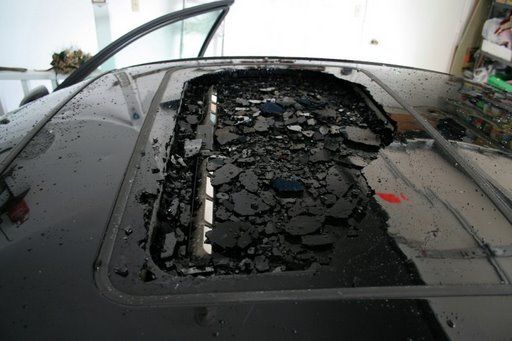 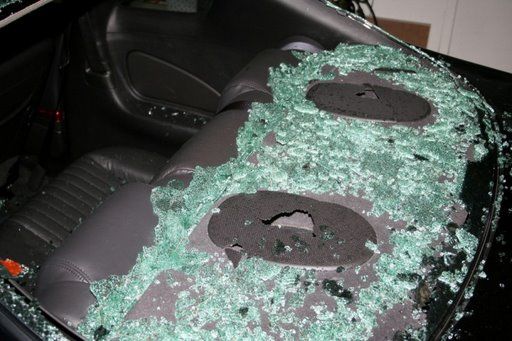 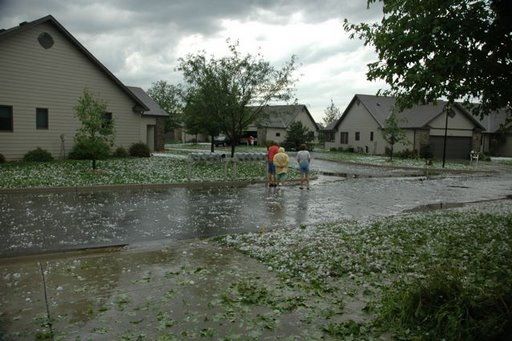 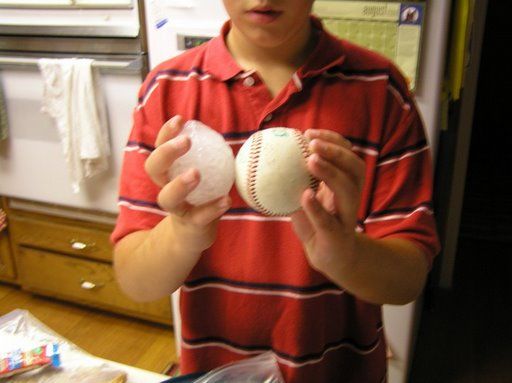 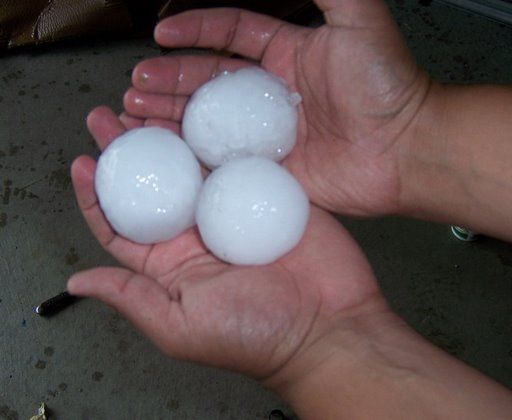 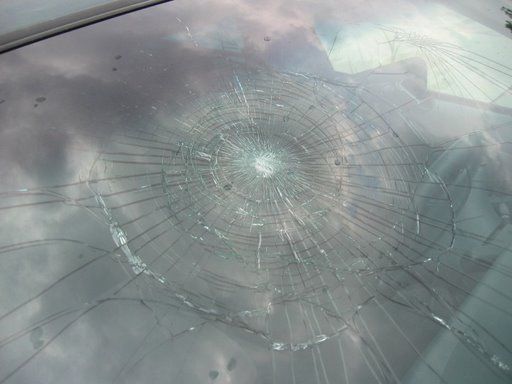 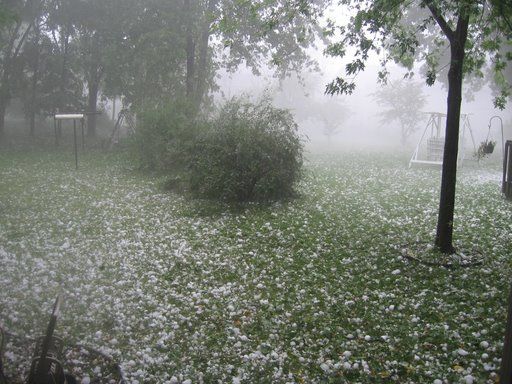 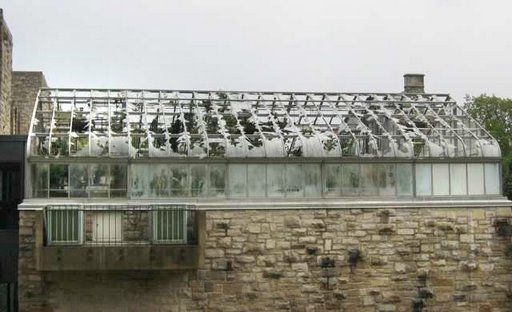 Larger hailstones (bigger than 4 inches) usually have rings, which are visible if you split them in the middle: 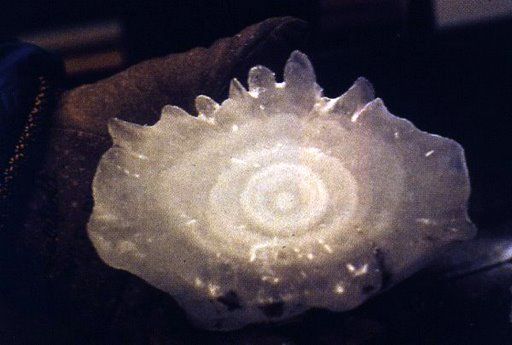 The growing ice-crystals are fusing together, which results in irregular shape for the giant hail: 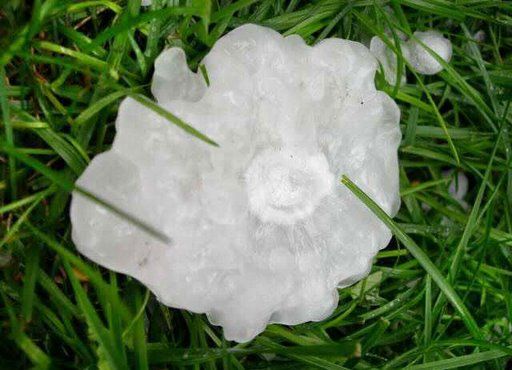 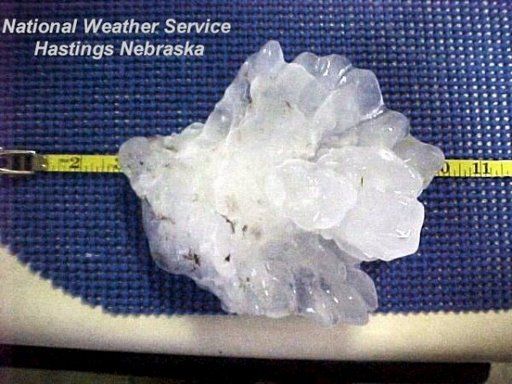 Airplanes are significantly damaged by hailstorms sometimes, as well. Here is an EasyJet Boeing 737-300: 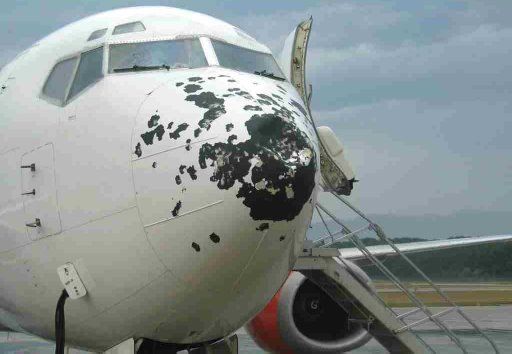