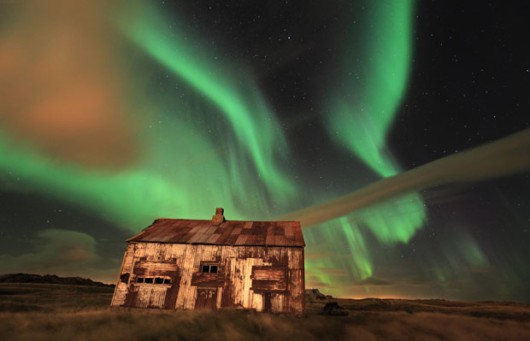 Chronological pictures show the cycle of the Northern Lights – which are visibly building up year-on-year towards what is expected to be a spectacular climax in 2012. Icelandic photographer Orvar Thorgiersson, 35, a software engineer from Reyjavik, is on a mission to document the growing annual intensity of the phenomenon. His most recent pictures show how bright the auroras have been this year.

Aurora over a rusty shack, Hafnarfjrur 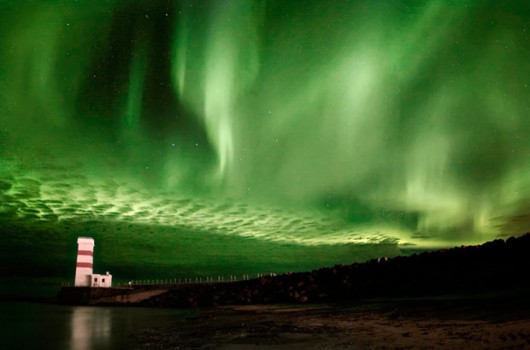 Scientists expect the lights in 2012 to produce a spectacular fireworks display. The event will be caused by the Solar Maximum – a period when the sun’s magnetic field on the solar equator rotates at a slightly faster pace than at the solar poles. The solar cycle takes an average of around 11 years to go from one solar maximum to the next. The last Solar Maximum was in 2000 and NASA scientists have predicted that the next one in 2012 will be the greatest since 1958, where the aurora stunned the people of Mexico by making an appearance on three occasions. 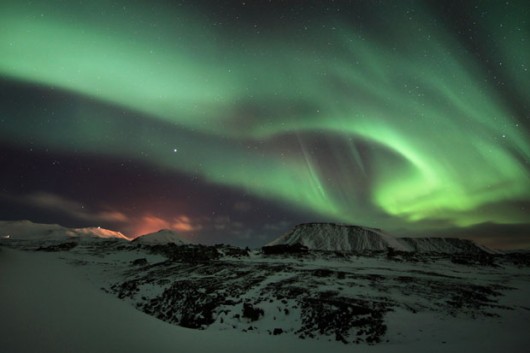 Scientists have predicted that the Northern lights should be visible as far south as Rome in 2012. However, if the 2012 auroras are as big as expected, they could cause disruption to mobile phones, GPS and even the national grid. 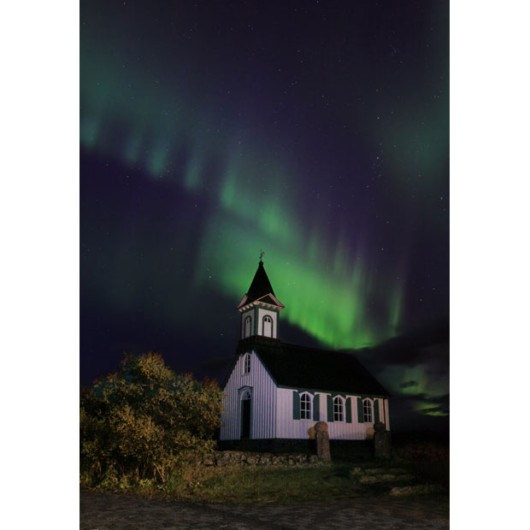 A church at Ingvellir, Iceland, September 2007 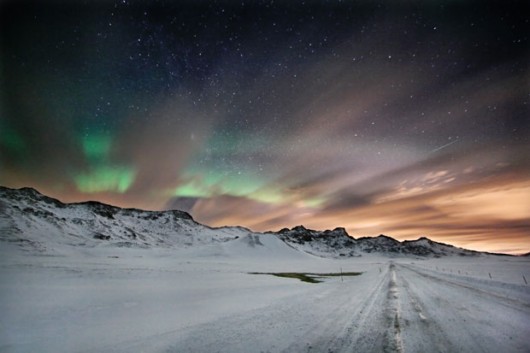 By 2008 the aurora’s rays have become tinged with colours such as bright scarlet and orange. 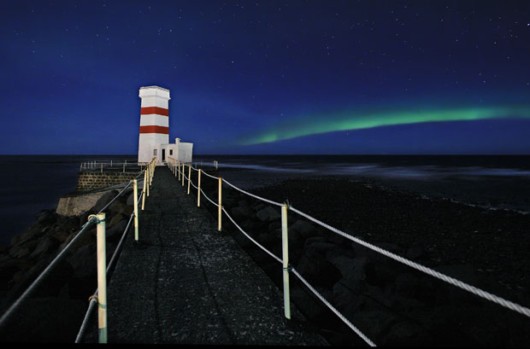 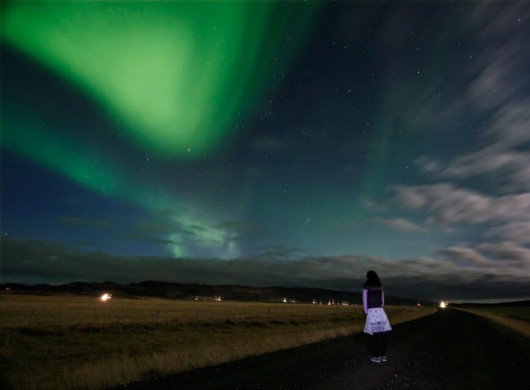 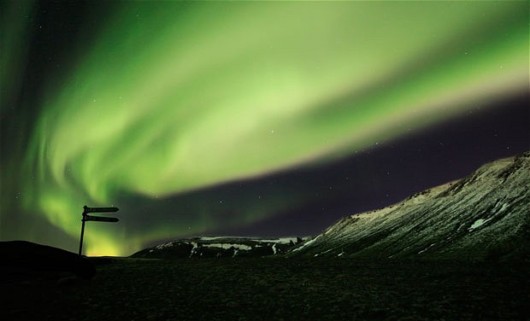 The brightness of the aurora depends on the activity of the sun, which bombards the Earth’s with charged particles known as the solar wind. Energy and light is released by the reaction which in turn causes the mesmerising effect seen on the surface of our planet. it is more visible at the poles because they gather vast quantities of the charged particles.

The Hitchhikers Sign to the Universe, Reykjanes, Iceland, March 2009 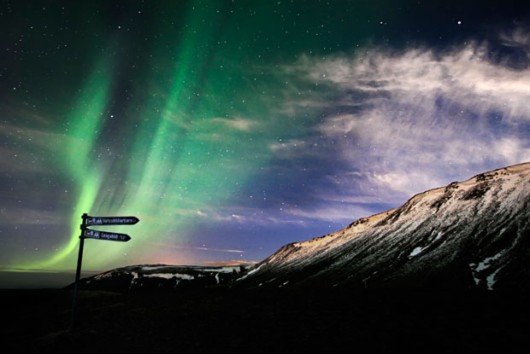 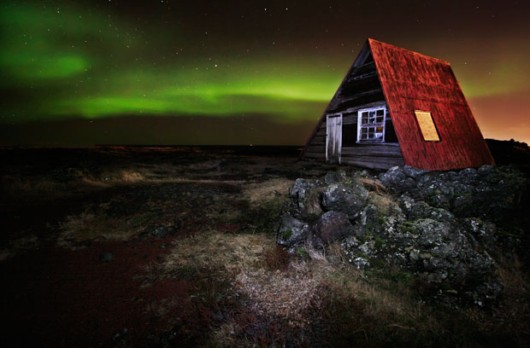 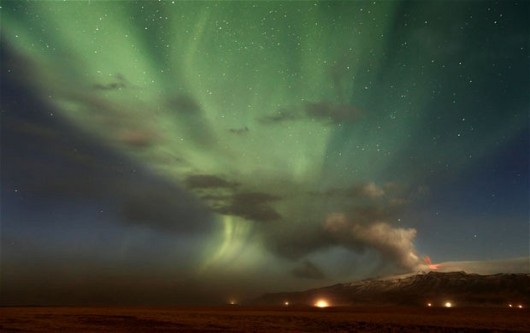 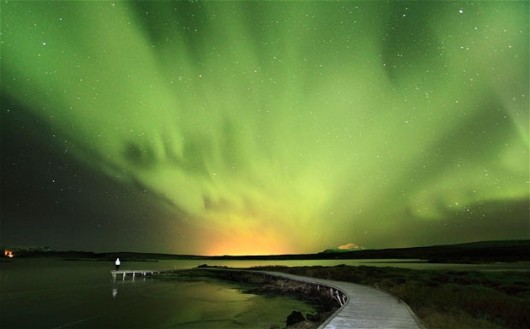 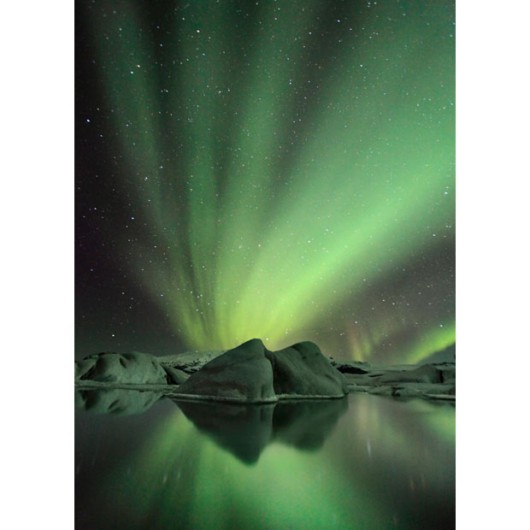 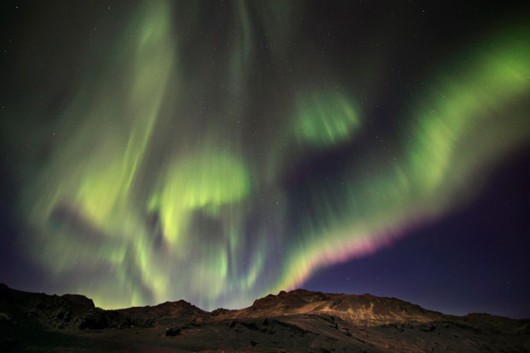