In a tiny corner in north-west Poland near Gryfino, is a forest of about 400 pine trees that grow with a 90 degree bend at the base of their trunks, before rising vertically again. This collection of curved trees has been named the “Crooked Forest”. The way the trunks are curved and all bent towards the same direction â?” northward â?” the cause of the curvature appear to be man made as opposed to natural. It is estimated that the trees were allowed to grow for seven or ten years before being held down for a purpose unknown.

The most intriguing explanation suggests that a group of farmers manipulated the trees after planting them in 1930. Apparently, the farmers hoped to make furniture from the bent shapes and intervene when the trees were only 10 years old. However, before they could be harvested, the outbreak of the Second World War interrupted the plans of whoever was growing and tending the grove, leaving their plans a mystery. 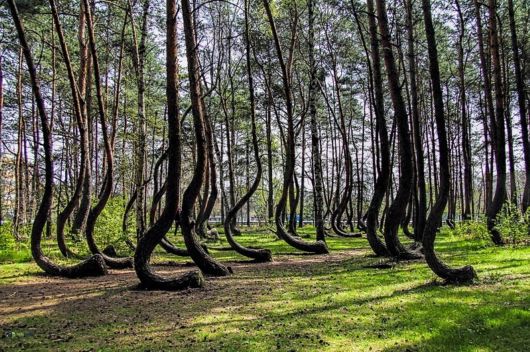 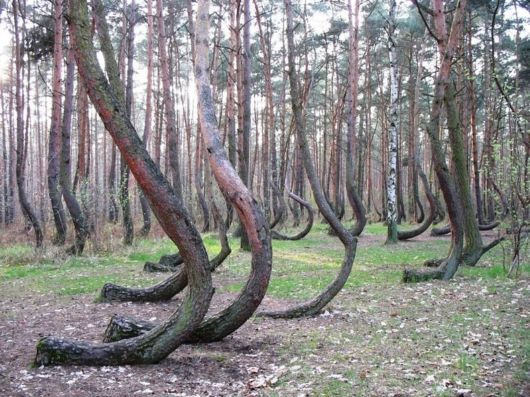 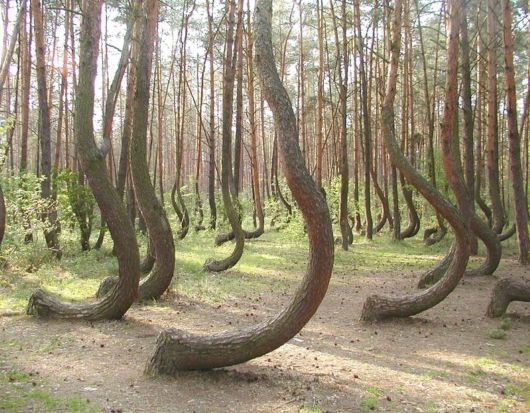 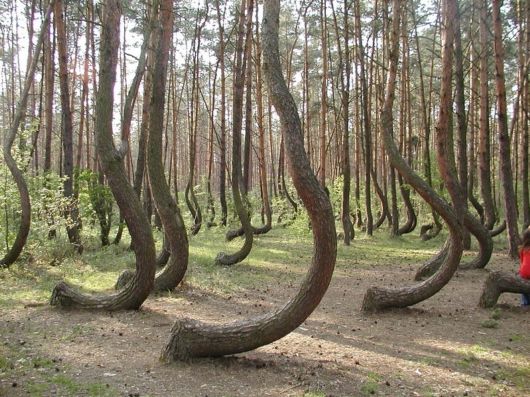 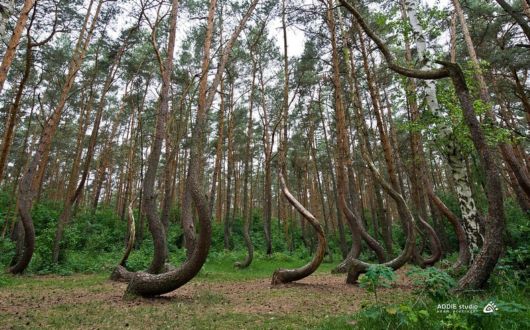