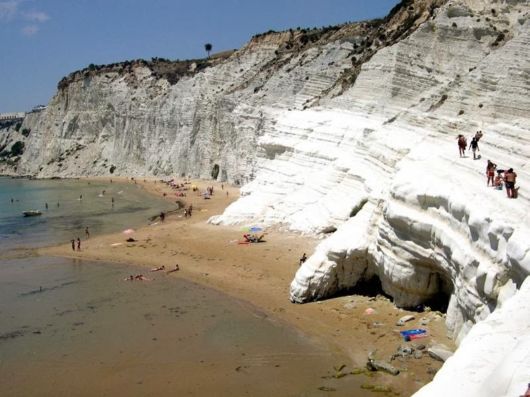 The Scala dei Turchi (Italian for ?Stairs of the Turks?) is a brilliantly white limestone cliff, sculpted like a staircase, on the coast of Realmonte, near Porto Empedocle, southern Sicily, Italy. The Scala is formed by marl, a sedimentary rock with a characteristic white color. The name translates as Turkish Steps, and indeed there is a striking resemblance to Pamukkale, Turkey. However the history of the name is that the Scala dei Turchi was the place Arab pirates, locally referred to as ‘turks’, anchored their boats out of the wind while they pillaged the surrounding area unless beaten by winds and representing a safer landing. Today, it?s a popular tourist attraction due to its unusual white color. 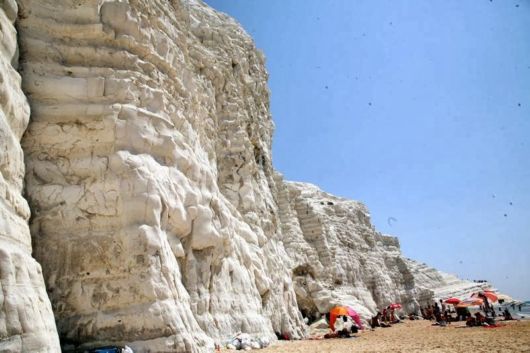 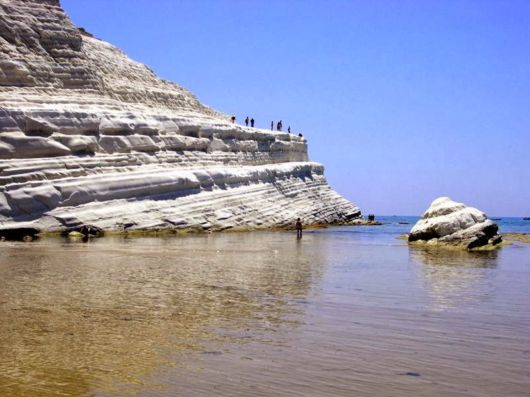 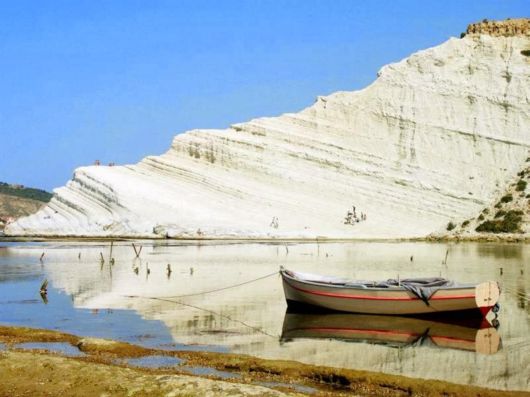 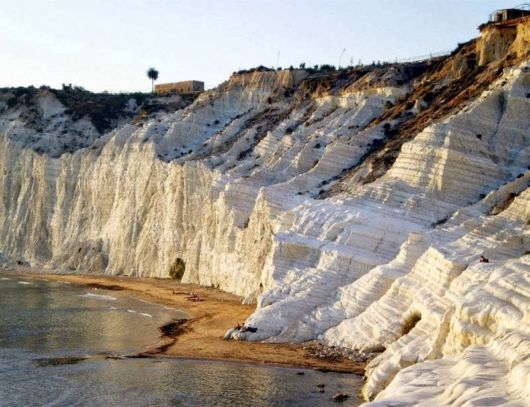 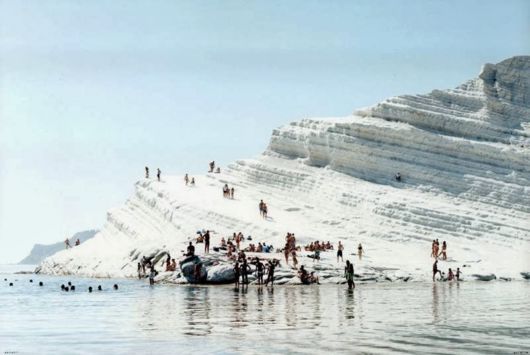 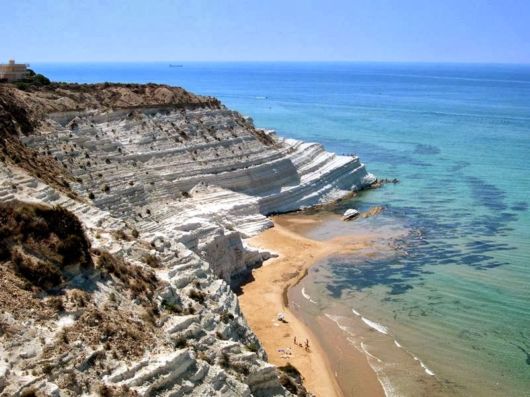 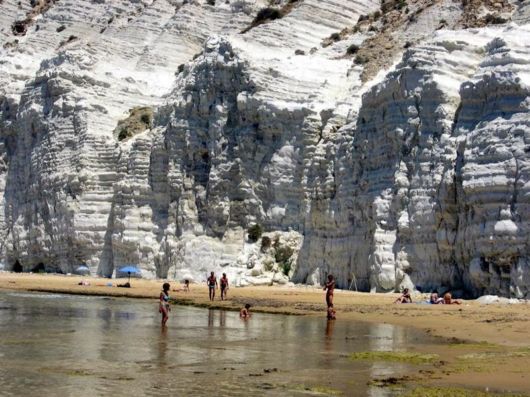 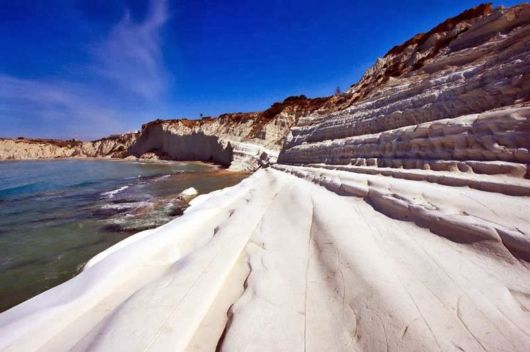 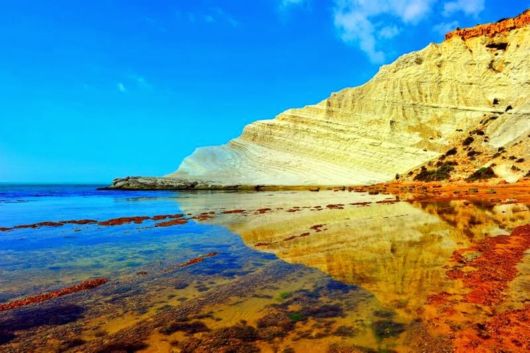 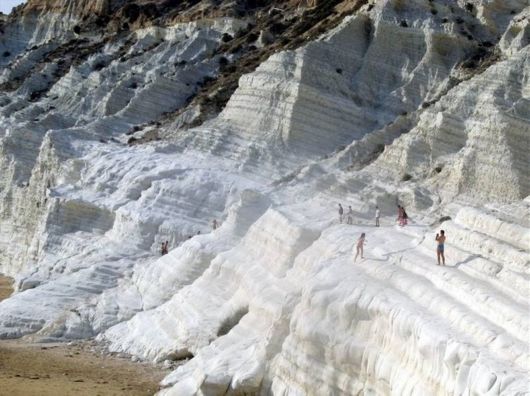 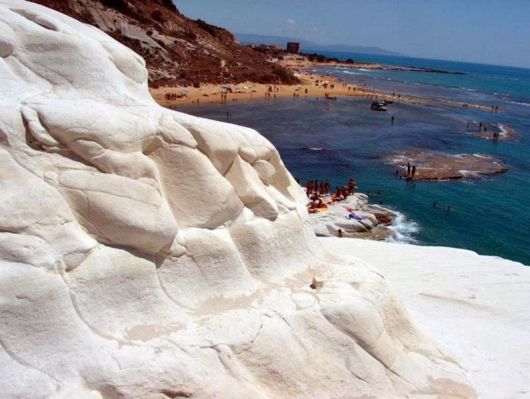 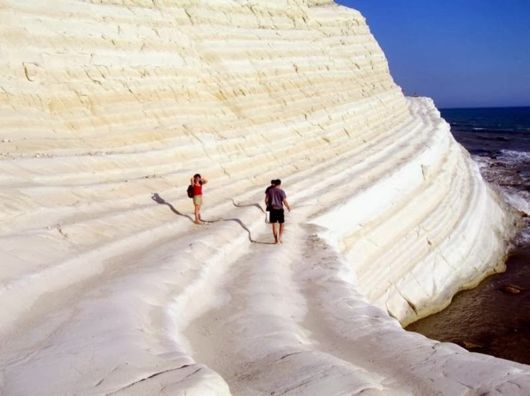 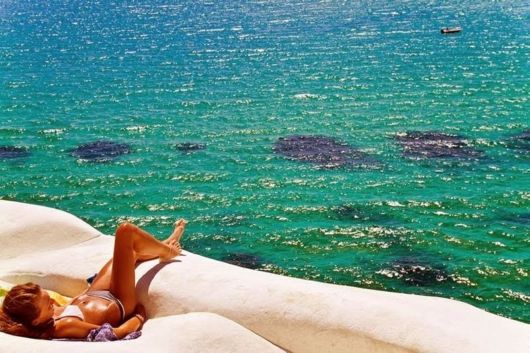 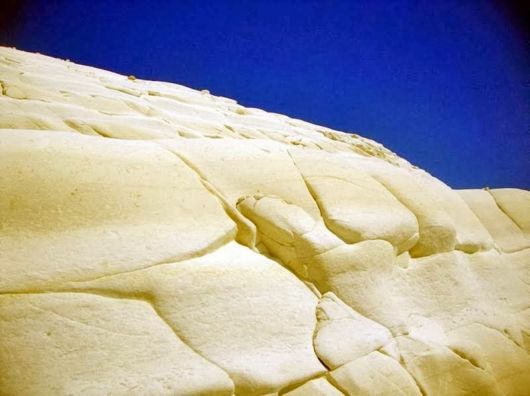 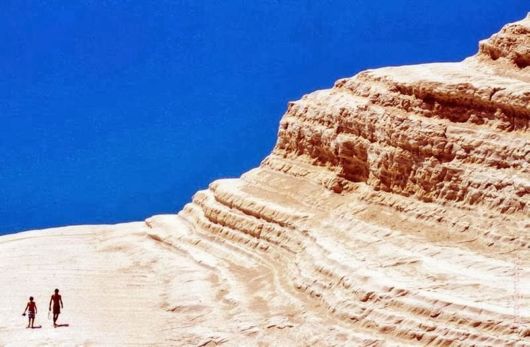 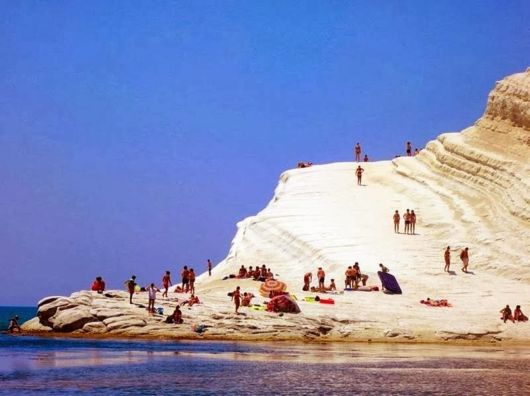