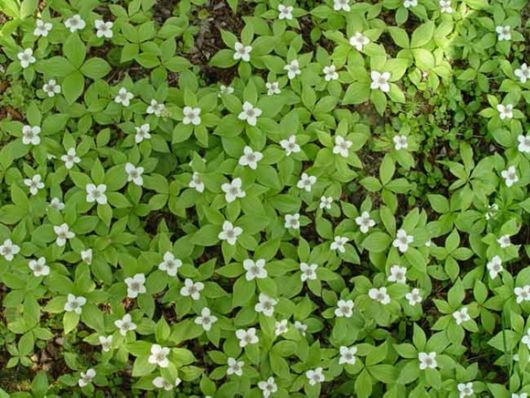 Like a medieval catapult, the bunchberry dogwood shoots pollen grains into the air faster than the Venus flytrap can snap its jaws shut, giving this launcher the speed record for plants.
"Most people think of plants as stationary and sedentary," said Joan Edwards of Williams College. "We were even surprised how fast this flower opens."

Using high-speed video observations, Edwards and her colleagues timed the tiny explosions of Cornus Canadensis, a species of dogwood that covers the ground of spruce-fir forests from Virginia to Canada. The flower opens its petals and fires its pollen in less than 0.5 milliseconds. 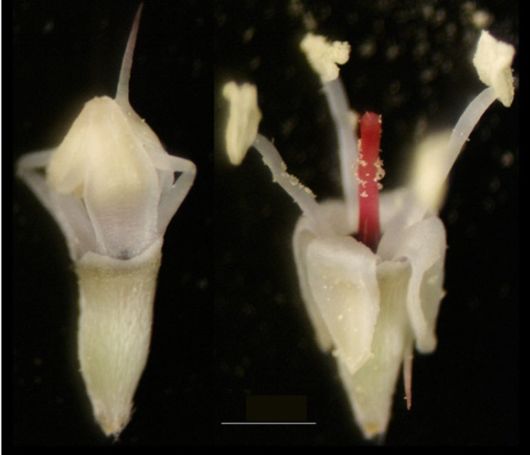 This shows a flower first closed and then open. The bar is 0.04 inches (1mm). Credit: M. Laskowski. 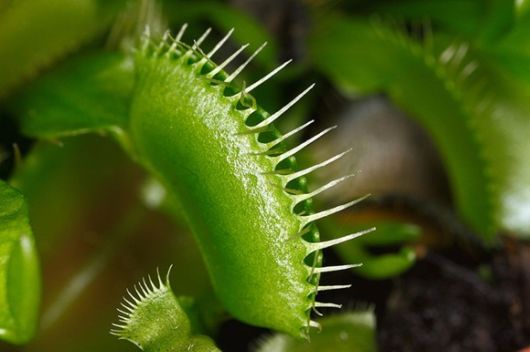 Closed cilia around the prey
The Venus Flytrap, Dionaea muscipula, is a carnivorous plant that catches and digests animal prey?mostly insects and arachnids. Its trapping structure is formed by the terminal portion of each of the plant’s leaves and is triggered by tiny hairs on their inner surfaces. When an insect or spider crawling along the leaves contacts a hair, the trap closes if a different hair is contacted within twenty seconds of the first strike. The requirement of redundant triggering in this mechanism serves as a safeguard against a waste of energy in trapping objects with no nutritional value.
The carnivorous Venus flytrap plant can snap its clamshell leaves around an insect in less than a second. But how?

Unlike animals, plants have no muscles or brains. And plants are not known for their ability to move quickly, as a team of scientists and engineers point out in the Jan. 27 issue of the journal Nature.

The secret has been revealed: The flytrap’s leaves snap from convex to concave the same way that a contact lens can flip inside out, the scientists say.

The team cut up leaves to study their natural curls, and also painted fluorescent dots on intact leaves to track their insect-devouring action with high-speed cameras.

Like most lenses, Venus flytrap leaves are doubly curved, that is, curved in two directions, which allows the leaves to store elastic energy.

With a contact lens, the two directions are perpendicular to one another. With a Venus flytrap leaf, they are not. That property creates an especially rapid elasticity that causes the leaf to snap even more quickly from convex to concave. 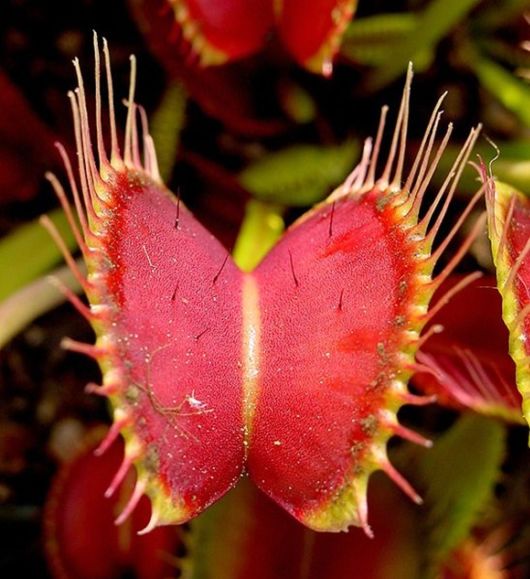 Bamboo – The Fastest Growing Woody Plants in the World 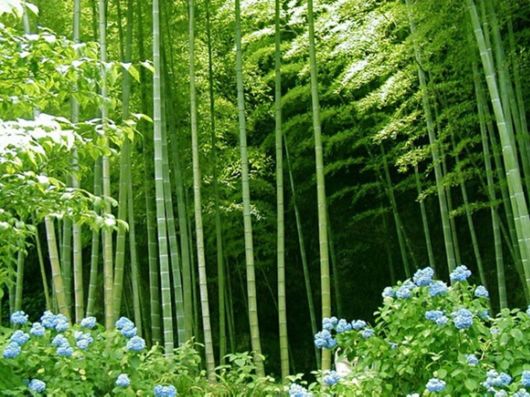 Bamboo is a group of perennial evergreens in the true grass family Poaceae, subfamily Bambusoideae, tribe Bambuseae. Giant bamboos are the largest members of the grass family.
In bamboo, as with other grasses, the internodal regions of the plant stem are hollow and the vascular bundles in the cross section are scattered throughout the stem instead of in a cylindrical arrangement. The dicotyledonous woody xylem is also absent. The absence of secondary growth wood causes the stems of monocots, even of palms and large bamboos, to be columnar rather than tapering.

Bamboos are also the fastest growing woody plants in the world. They are capable of growing up to 60 centimetres (24 in.) or more per day due to a unique rhizome-dependent system. However, this astounding growth rate is highly dependent on local soil and climatic conditions.

Bamboos are of notable economic and cultural significance in East Asia and South East Asia where the stems are used extensively in everyday life as building materials and as a highly versatile raw product, and the shoots as a food source. 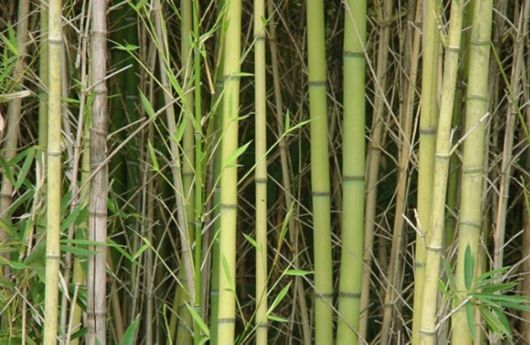 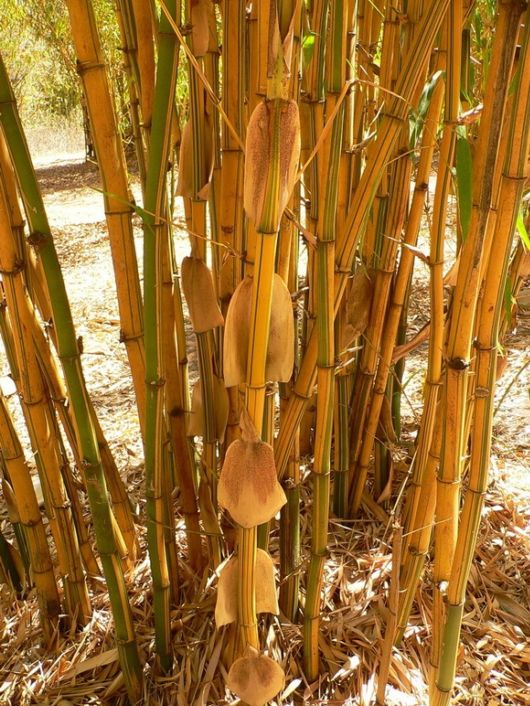