The world’s last pure ocean: Beautiful images of the only body of water that has still not been spoiled by mankind 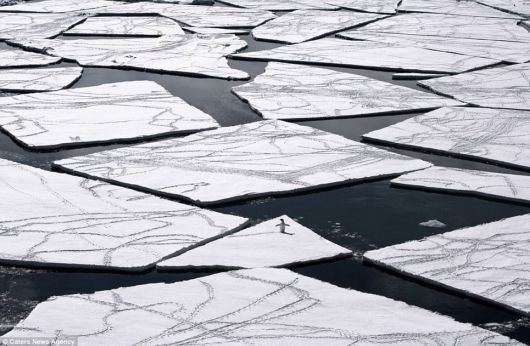 All adrift: A lone penguin stands on a piece of ice floating on the Ross Sea in Antarctica, the world’s last remaining pure ocean 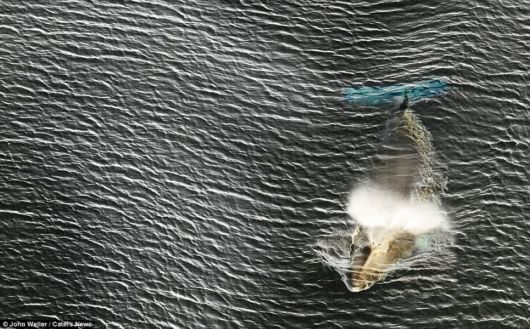 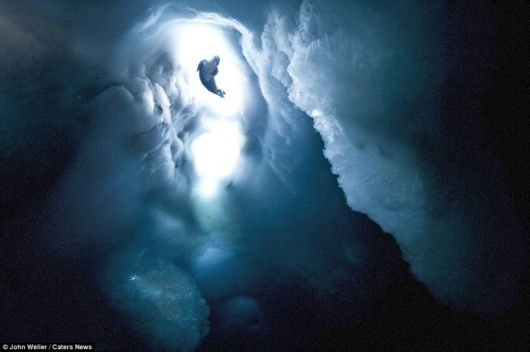 Shot from below, a seal pup swims up to the surface through a hole in the Antarctic ice. The sea is considered by many to be the world’s only body of water not altered or damaged by humans 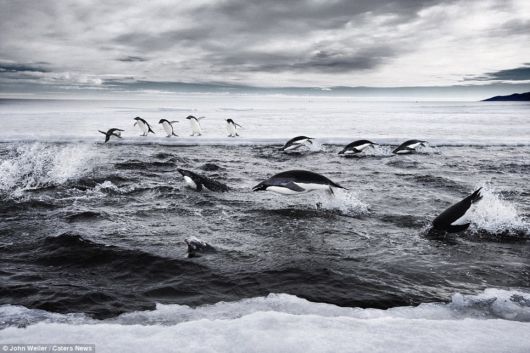 Last one in’s a walrus! A line of penguins plunge into the freezing water to join others from their group as they hunt through a crack in the sea ice He shot the set over four trips to the Antarctic, all prior to 2009, which have just been turned into a new book called ‘The Last Ocean: Saving the Most Pristine Ecosystem on Earth.’

The project, which included shots of Emperor and Adelie penguins, silverfish, seals, and minke whales, was supported as one of the Pew Research Center’s Environmental Initiatives.
Prior to his voyages, John helped set up the Last Ocean Organisation in 2004, joining scientists and environmental groups in a campaign to have the entire Ross Sea designated as an international marine protected area – it is yet to be declared so. 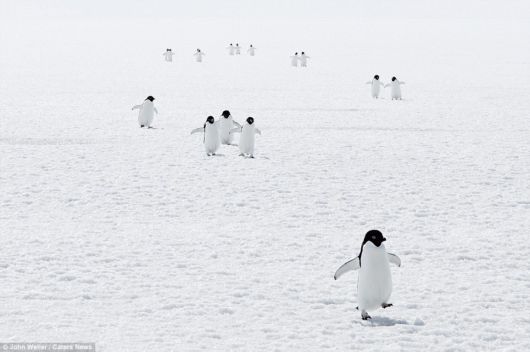 A group of penguins waddle across the ice as they return from a hunt. The breath-taking pictures were captured by photographer John Weller, from Boulder in Colorado, USA

Huddle: A group of Emperor Penguins gather together on the frozen surface of the Ross Sea 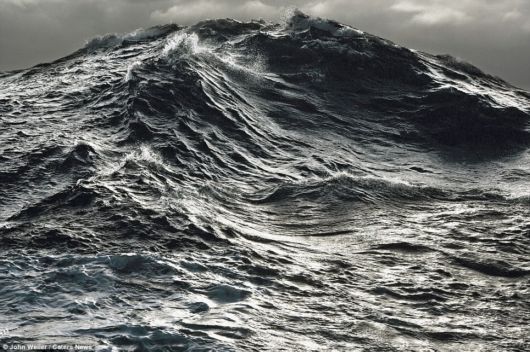 Tempest: Waves crash as the ocean swells during a storm. Photographer John Weller shot the set of pictures over four trips to the Antarctic 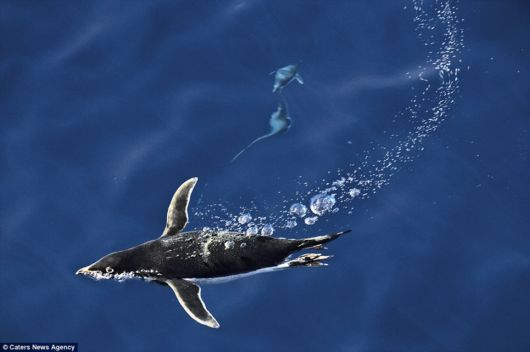 An Adelie Penguin comes to the surface to breathe. The Ross Sea has remained free from human interference until 1996 thanks mainly to its remoteness and harsh weather 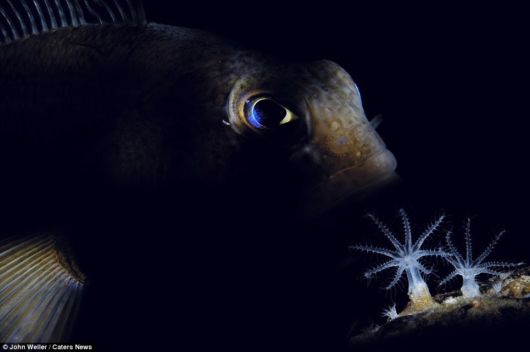 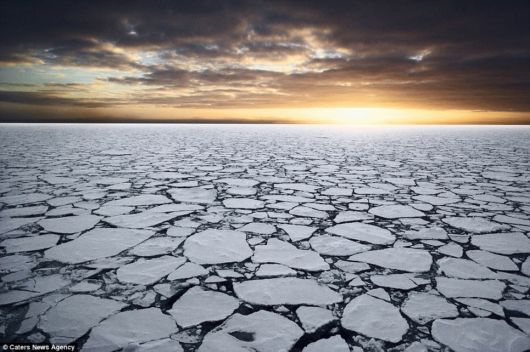 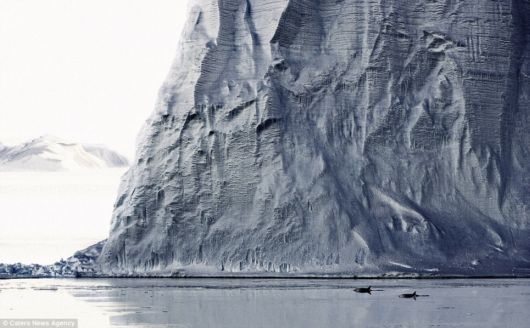 Killer Whales: A pair of Orcas surface next to the side of an enormous iceberg Antarctica’s Ross Sea remained free from human interference until 1996 thanks mainly to its remoteness and harsh weather.
That was until commercial fishing discovered it. Now that fishery removes 3,000 tons of fish annually, threatening to destroy the world’s last intact ecosystem.
John, a critically acclaimed photographer, writer and filmmaker, said: ‘Each photograph for me is a cherished memory – they are meant as both a celebration and a directive.

Perspective: The underside of a section of sea ice takes on a magnificent blue glow 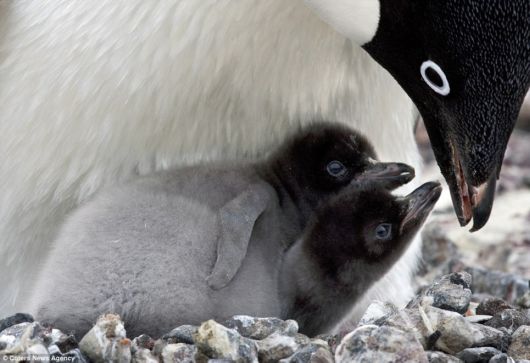 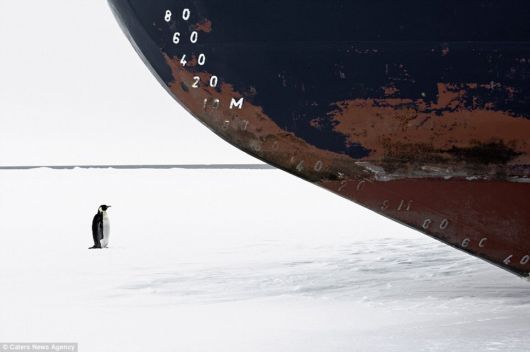 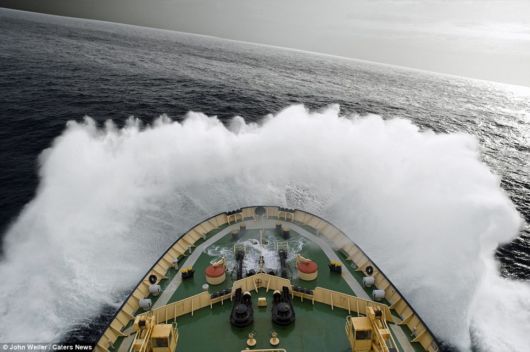 The icebreaker ship crashes through the surf as it heads out to explore the frozen world of the Ross Sea ‘The Ross Sea is fantastical, and I hoped to capture some of the humbling beauty. Every creature that I encountered in the Antarctic demanded my immediate and complete attention and respect.
‘The Ross Sea is the last large, intact marine ecosystem left on Earth, illuminating the devastating assessment by the United States National Science Foundation.
‘A more sobering discovery is that little if any of the ocean remains unaffected by fisheries, agricultural runoff, sewage, aqua culture and industry.
‘The scariest estimates are that we’ve eaten our way through 90% of the world’s top predatory fishes – tunas, groupers and sharks – since 1950. The most optimistic estimates aren’t much better.’ 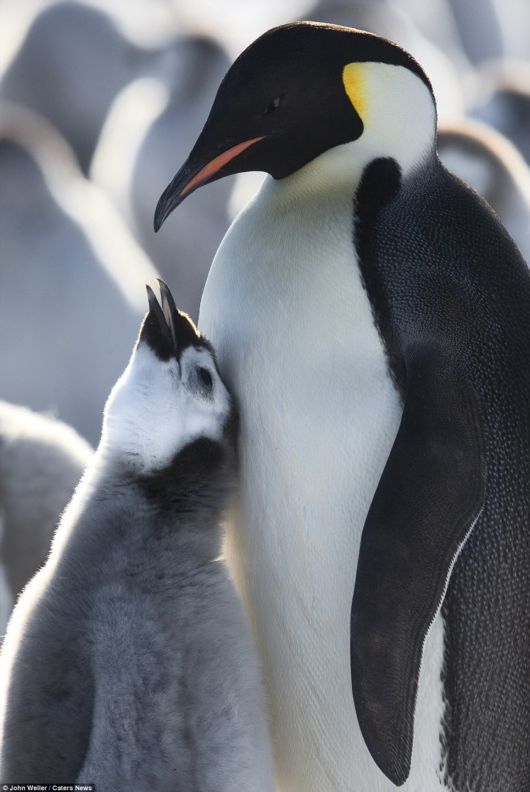 Nearly as tall as you: A mature Emperor Penguin chick look up towards its parent