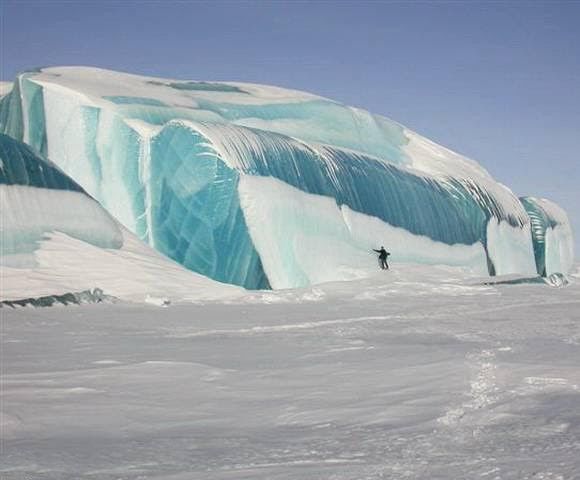 Blue ice is formed during compression and release of the frozen ice bubbles. The ice looks blue because, when light passes through thick ice, the blue light is reflected, and the red light is absorbed. 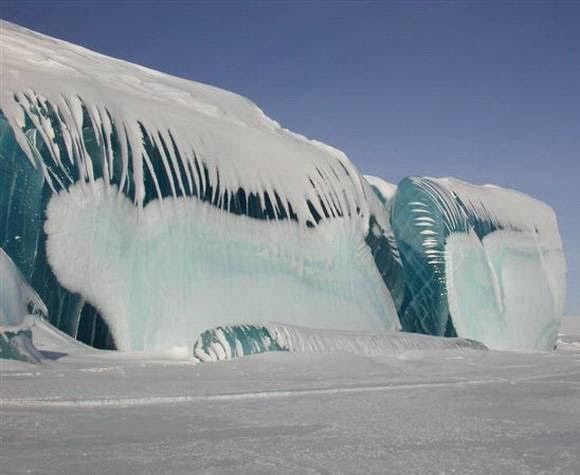 Thus, the dark blue color indicates that the ice formed over a long period of time, not immediately. Subsequent melting and re-freezing for many seasons have given this education sleek look, reminiscent of the wave. 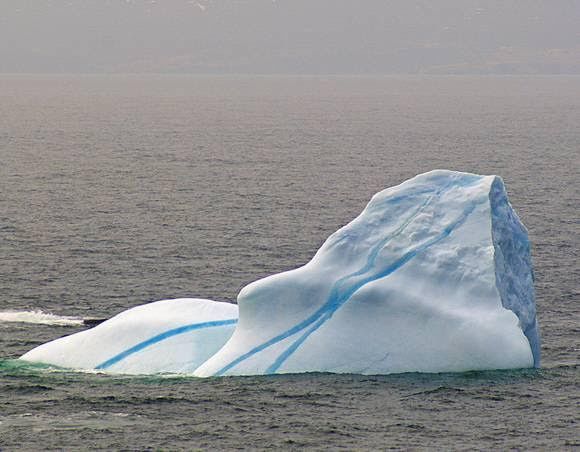 Most often, the icebergs have blue and green stripes, but occasionally can be found and brown stripes. This phenomenon is common in the Southern Ocean. Striped icebergs with multi color stripes, including yellow, brown, black and blue, are quite common in the cold waters around Antarctica. Icebergs are formed when large chunks of ice break off from the ice shelf, and fall into the sea. 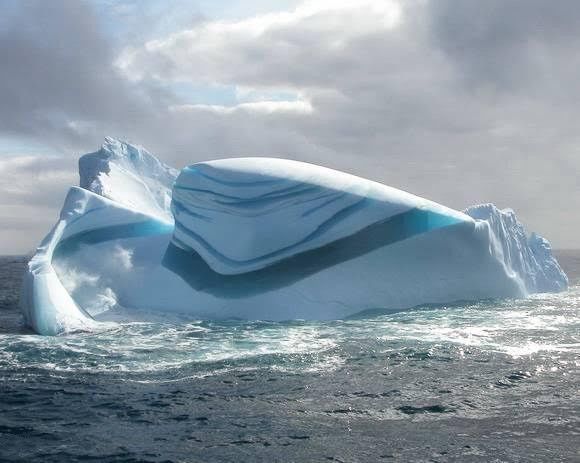 Because glaciers are formed due to the snow falling on Antarctica thousands of years of glacial ice is fresh water. Thus, it appears that the floating fresh ice interacts with salt water. Sea water, in turn freezes on contact with superholodnym glacier covering its crust. The top layer of ice formed by sea water contains organic matter and minerals. Lapped by the waves, and blown by the wind, ice paint striking colored stripes of varying shapes and textures.