Victoria Falls or Mosi-oa-Tunya [Tokaleya Tonga: The Smoke that Thunders] is a waterfall in southern Africa on the Zambezi River at the border of Zambia and Zimbabwe. David Livingstone, the Scottish missionary and explorer, is believed to have been the first European to view Victoria Falls on 16 November 1855 from what is now known as Livingstone Island, one of two land masses in the middle of the river, immediately upstream from the falls on the Zambian side. Livingstone named his discovery in honour of Queen Victoria, but the indigenous name, Mosi-oa-Tunya?”the smoke that thunders”?continues in common usage as well. The nearby national park in Zambia, for example, is named Mosi-oa-Tunya, whereas the national park and town on the Zimbabwean shore are both named Victoria Falls. The World Heritage List officially recognizes both names.

While it is neither the highest nor the widest waterfall in the world, it is classified as the largest, based on its width of 1,708 metres (5,604 ft) and height of 108 metres (354 ft), resulting in the world’s largest sheet of falling water. Victoria Falls is roughly twice the height of North America’s Niagara Falls and well over twice the width of its Horseshoe Falls. In height and width Victoria Falls is rivalled only by Argentina and Brazil’s Iguazu Falls. 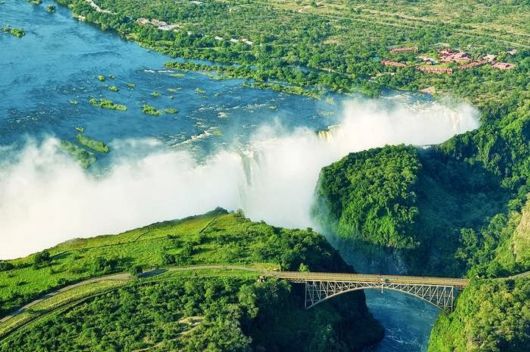 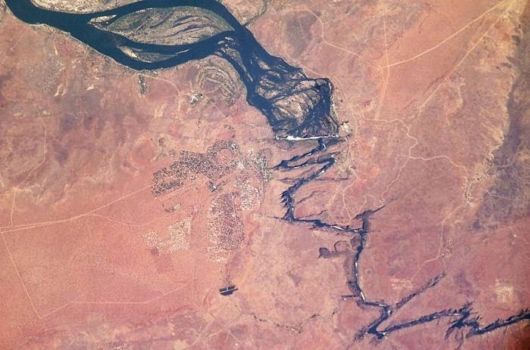 Over at least 100,000 years, the falls have been receding upstream through the Batoka Gorges, eroding the sandstone-filled cracks to form the gorges. The river’s course in the current vicinity of the falls is north to south, so it opens up the large east-west cracks across its full width, then it cuts back through a short north-south crack to the next east-west one. The river has fallen in different eras into different chasms which now form a series of sharply zig-zagging gorges downstream from the falls. 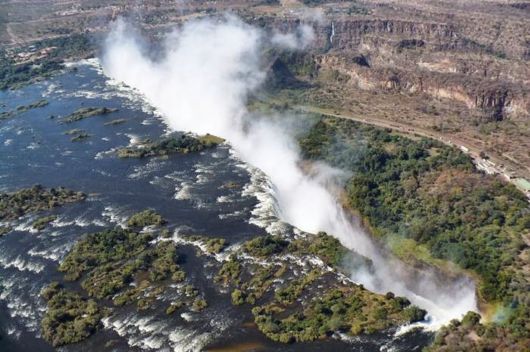 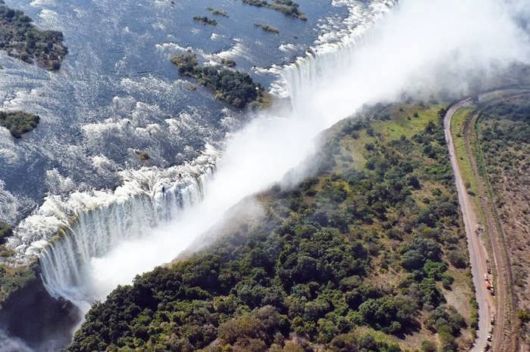 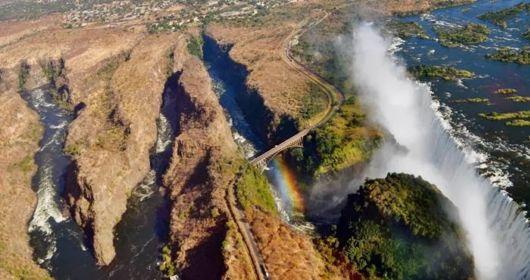 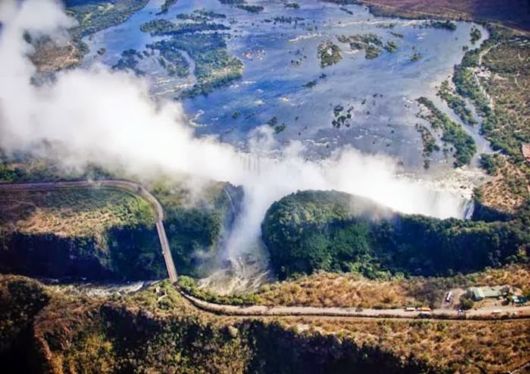 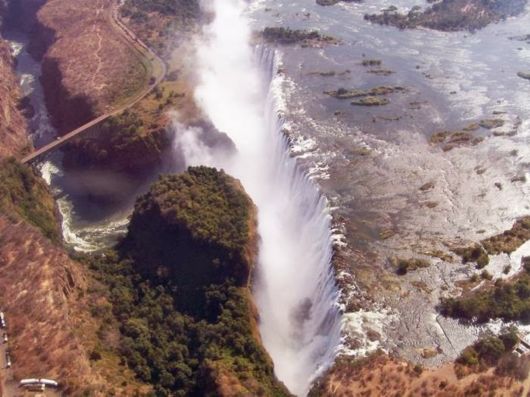 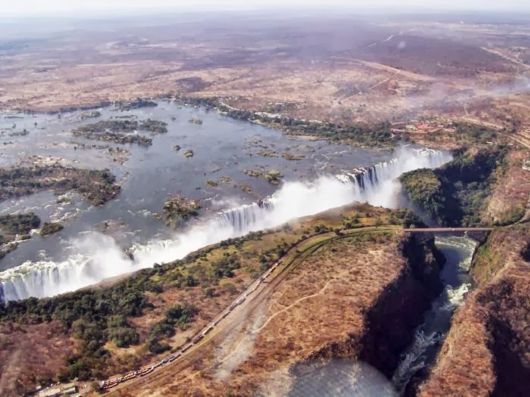 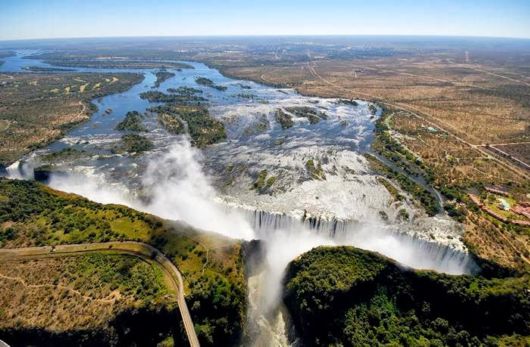 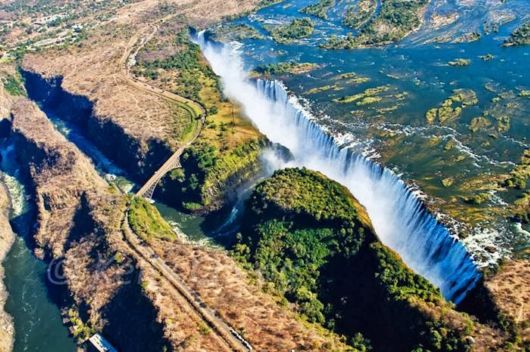