I?ve always admired how some of the tallest mountains on Earth stitch even the most beautiful clouds, but I never had the curiosity to research and see which are the biggest mountain peaks, how people call them or exactly how tall they are. For those that don?t know, here is a list with world?s top 14 highest and a few details on each one. They?re all eight-thousanders. 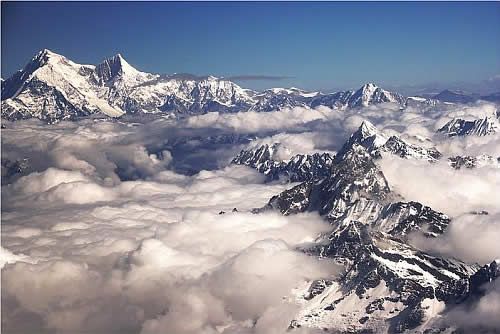 14. Shishapangma is a mountain entirely located within China (in central Tibet) and the name means ?crest above the grassy plains? in Tibetan language. Highest peak on Shishapangma is 8,013 metres (26,289 ft). 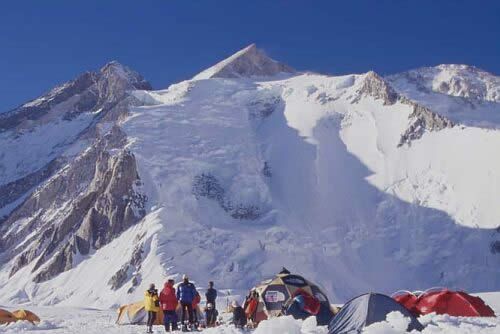 13. Gasherbrum II (also known as K4) is located on the Pakistan-China border and is part of the Gasherbrum massif, located in the Karakoram range of the Himalayas. It reaches up to 8,035 metres (26,362 ft). 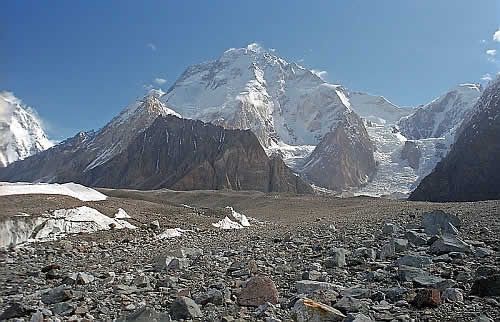 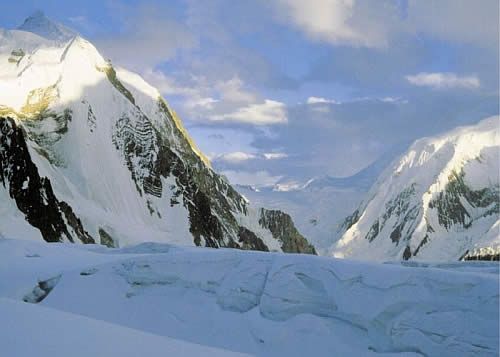 11. Gasherbrum I (also known as the K5) is located in the Karakoram region of the Himalayas in the same Gasherbrum massif. The Hidden Peak as climbers call it, translates from rgasha and means ?beautiful mountain?. Maximum elevation is at 8,080 metres (26,509 ft). 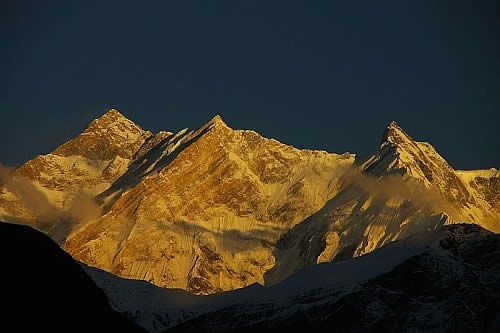 10. Annapurna is series of peaks in the Himalayas with the highest reaching 8,091 m (26,538 ft). The peak that refers to the goddess of fertility and agriculture in Hinduism, is part of a 7,629 sq. km conservation area (first and largest) in Nepal. Some say that?s the deadliest mountain of them all, with a fatality rate of 40%. 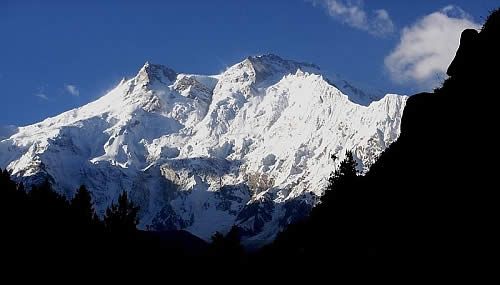 9. Nanga Parbat, which means the Naked Mountain in Urdu, it?s also known as the Killer Mountain mainly for the extremely serious climb where lots of climbers died in the first half of the twentieth century. The highest elevation is 8,126 metres (26,660 ft). 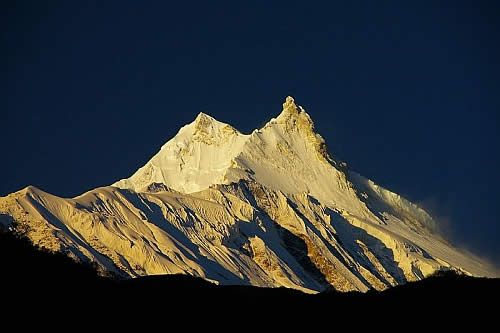 8. Manaslu, the highest peak in the Gorkha district is located in the the Mansiri Himal, part of the Nepalese Himalayas, with a lot of long ridges, valley glaciers and a steepy scenery. Highest peak is at 8,163 metres (26,781 ft). 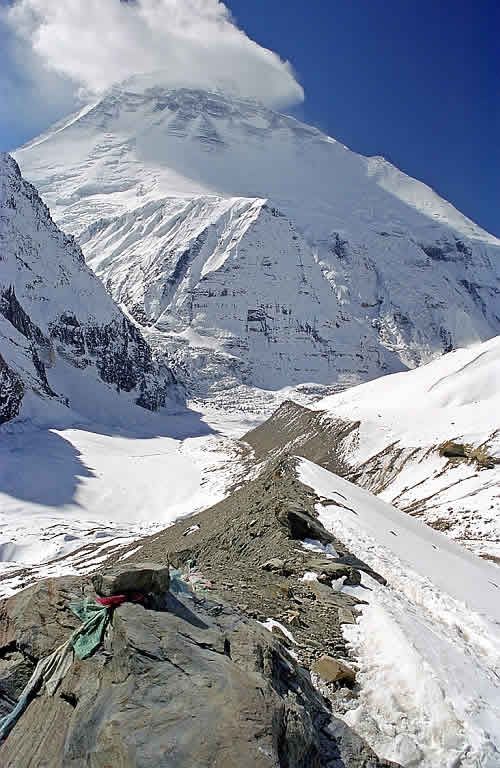 7. Dhaulagiri ? the White Mountain ? is part of a a subrange of the Himalayas (Dhaulagiri Himal) which lies northwest of Pokhara in the north central Nepal. Highest peak is at 8,167 metres (26,795 ft). 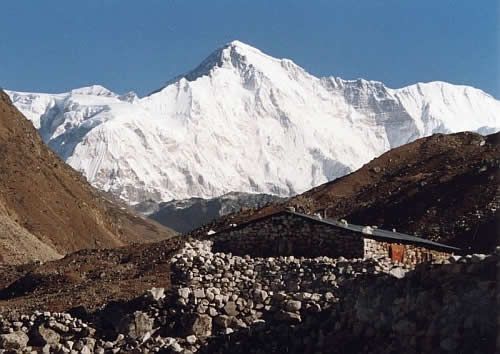 6. Cho Oyu ? the Turquoise Goddess ? lies 20 km west of Mount Everest, in the Himalayas, on the Chinese and Nepalese border. It?s not a very steep peak and most climbers consider it one of the easiest to ascend on even though it elevates up to 8,201 metres (26,906 ft). 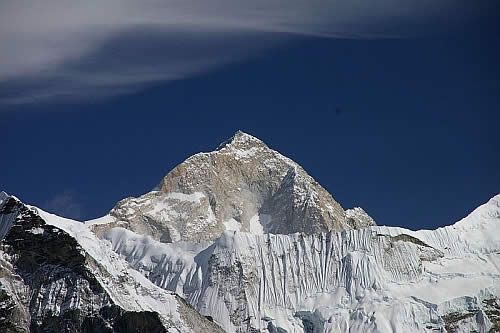 5. Makalu is an isolated peak located 22km east of Mount Everest, that has the shape of a four-sided pyramid. Considered one of the most difficult mountains in the world to climb, because of its steep pitches and knife-edged ridges that go up to 8,462 metres (27,762 ft). 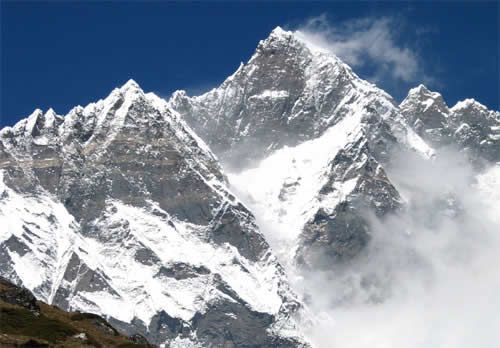 4. Lhotse is best known (for professional climbers) for its direct connection or proximity to Mount Everest via the South Col and the fact that its tremendous south face is the steepest face of this size in the world : rises 3.2 km (1.98 mi) in only
2.25 km (1.4 mi) of horizontal distance. Maximum elevation is 8,516 metres (27,940 ft). 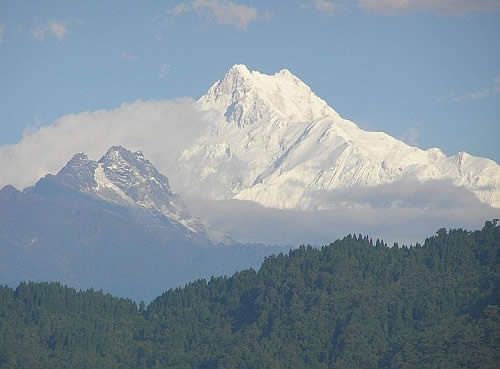 3. Kangchenjunga ? ?The Five Treasures of Snows? ? is the third largest mountain in the world and consists of five peaks with four of them, above 8,450 m high. Buttressed by great ridges roughly from the east to the west and from north to south, the large massif of Kangchenjunga is formed as a giant ?X?. Highest elevation is at 8,586 metres (28,169 ft). 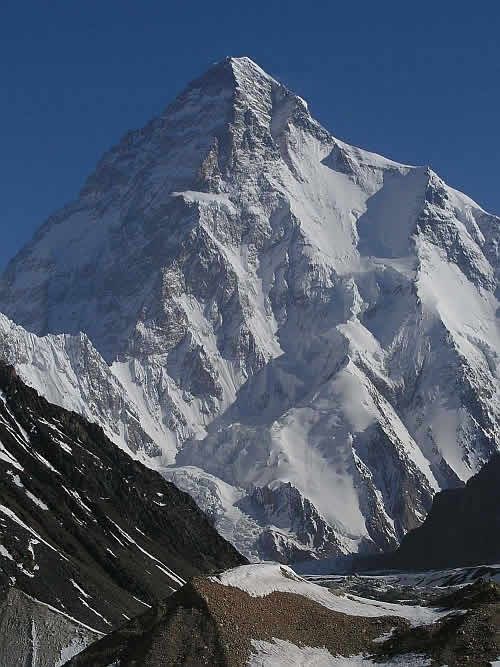 2. K2 is located in the Northern part of Pakistan and is part of the Karakoram segment in the Himalayan range. Famous for its nickname (if we can call it that way) ? the Savage Mountain ? it?s famous for the fact that out of four people who try to climb on K2, one of them dies trying. It?s the second deadliest mountain in the world. Highest elevation is8,611 metres (28,251 ft). 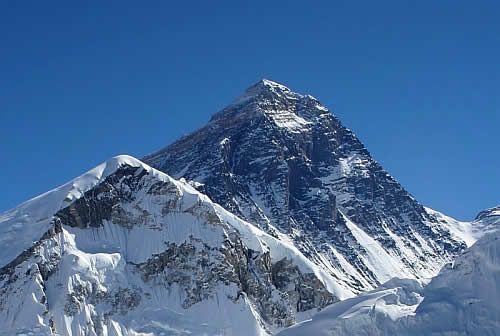 1. Mount Everest is officially the highest mountain in the world, with its highest peak at 8,848 metres (29,029 ft) above sea levels. Climbing on the Everest is not that hard, but that doesn?t mean anyone can do it. Specialized help is needed and that doesn?t come in cheap, not to mention the gear needed. 210 died while trying to climb the Everest, most of them in the ?death zone? where the conditions are extremely critical (the amount of oxygen cannot sustain human life).