In the first pic, you can see a painting. This was a gift to JRD Tata on his Birthday by a street artist. Nobody was able to understand his art. Unfortunately, only the painting was given to JRD and the artist had promised to reveal the secret shortly . However, JRD was no more when the secret was actually revealed. 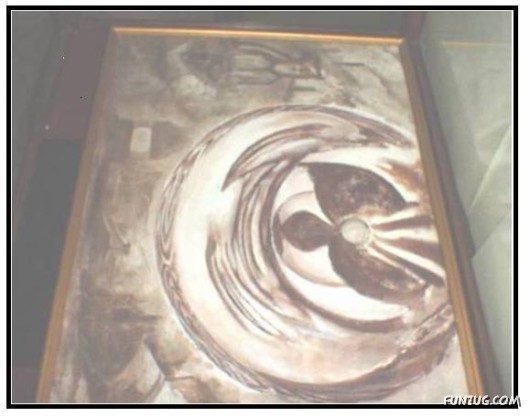 Here’s the secret revealed. When you place a steel rod at the circle in the first pic you saw, you will see the image of the JRD Tata as a reflection on the steel rod as seen in the second pic below. Isn’t it incredible!! 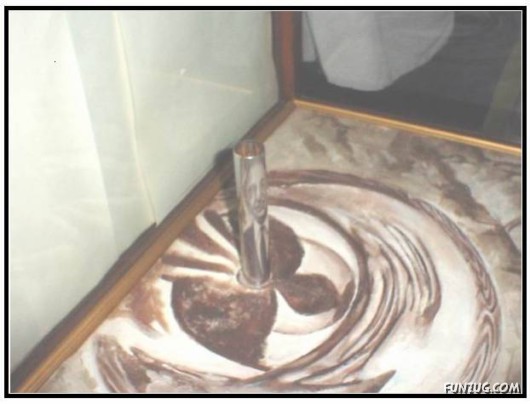 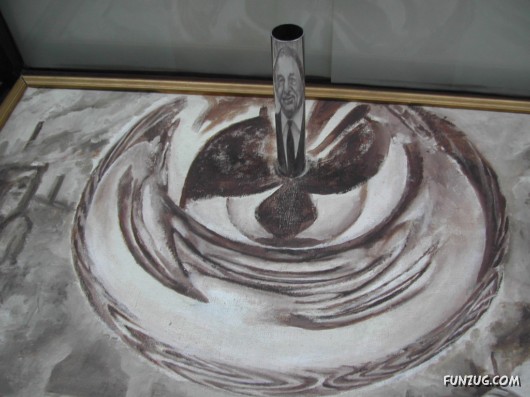 What was the artist doing on the streets of India ????