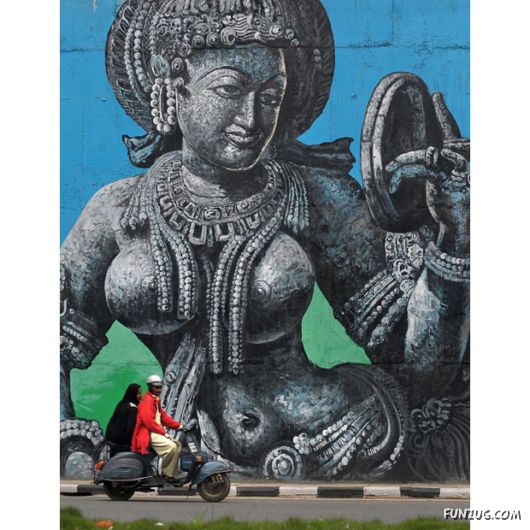 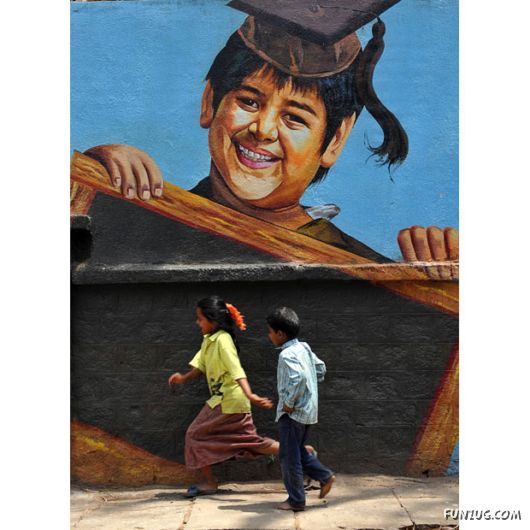 Scenes from mythology, animals, monuments and sporting heroes are just a few of the themes of the huge paintings on the city’s walls 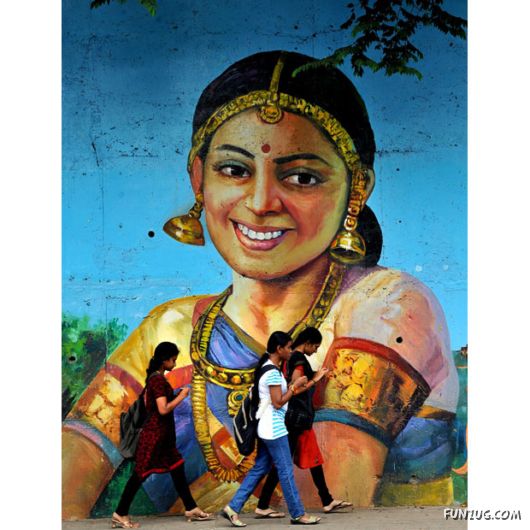 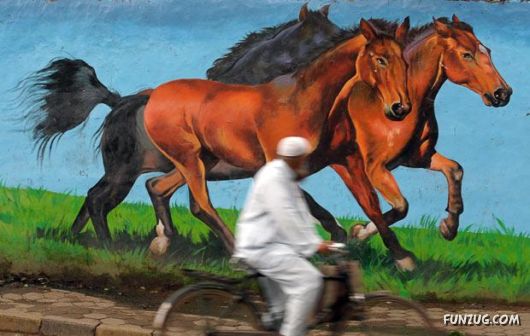 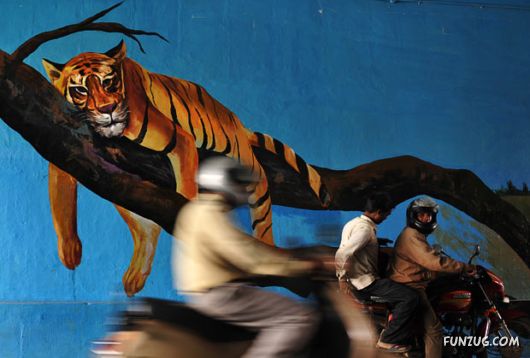 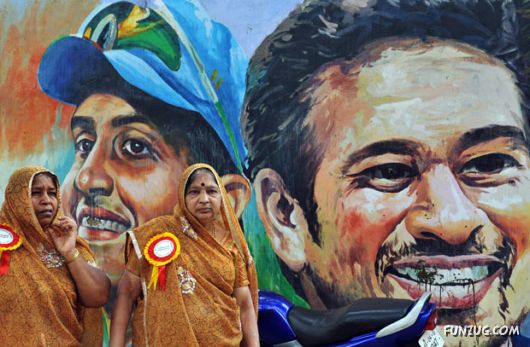 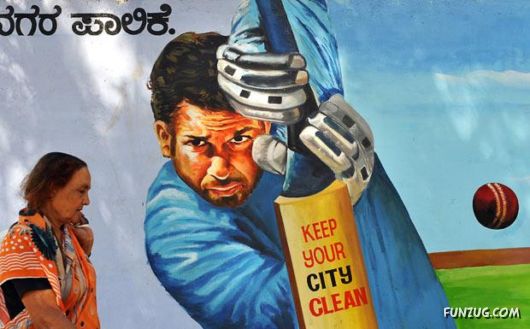 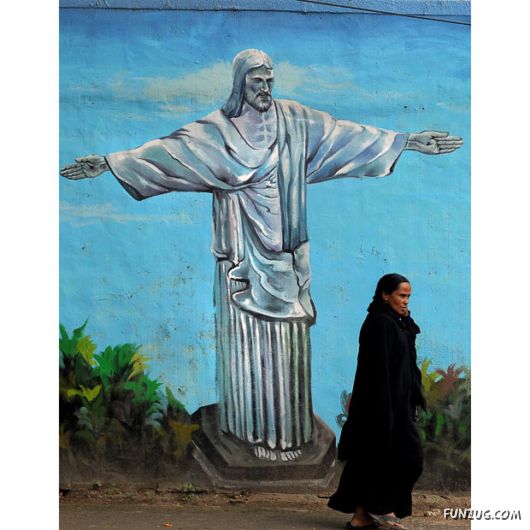 A painting of Rio’s Christ the Redeemer statue 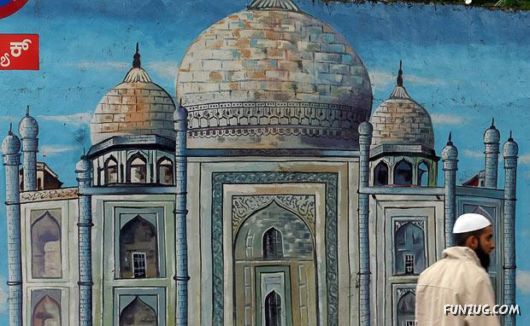 A mural of the Taj Mahal

An elephant on roller skates 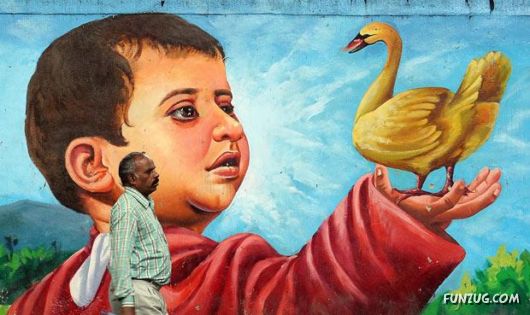 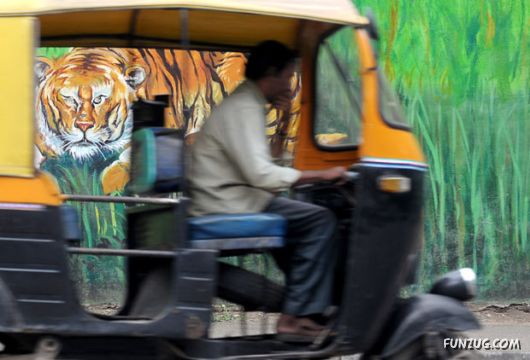 An auto rickshaw driver passes a mural depicting a tiger 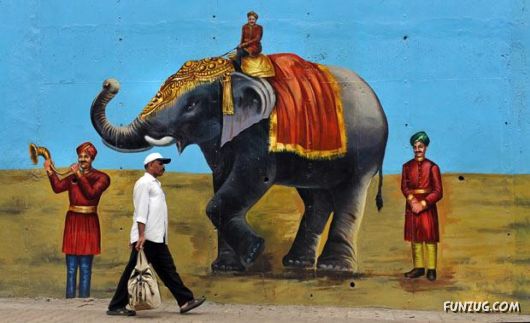 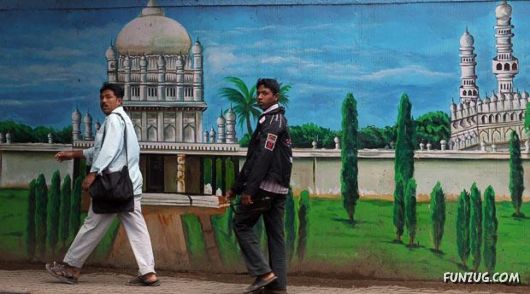 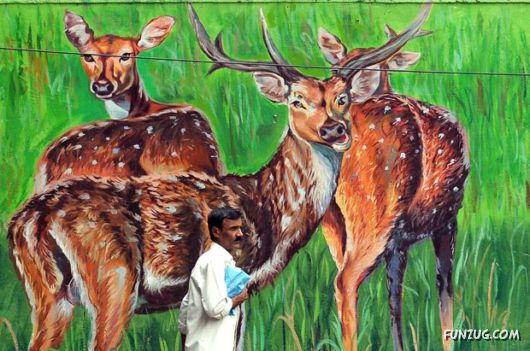 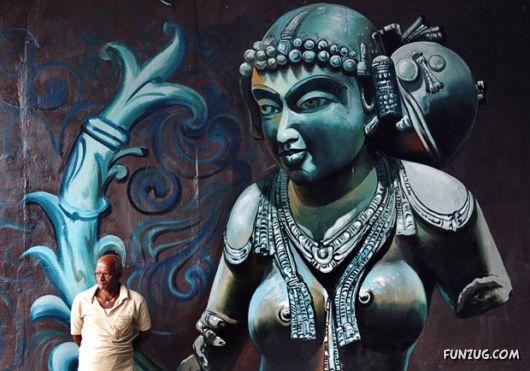 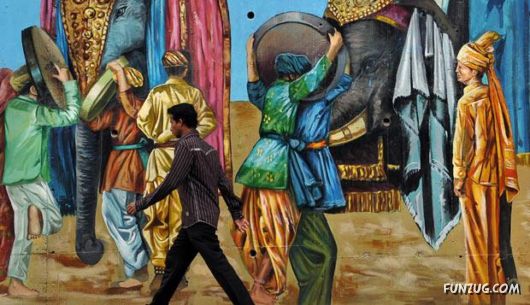