At first glance he appears to be inches from disaster.

But this man apparently wobbling, arms outstretched, on the verge of a 300ft drop is actually perfectly safe.

He is an artist who has drawn this three-dimensional street scene on the flat roof of a building. 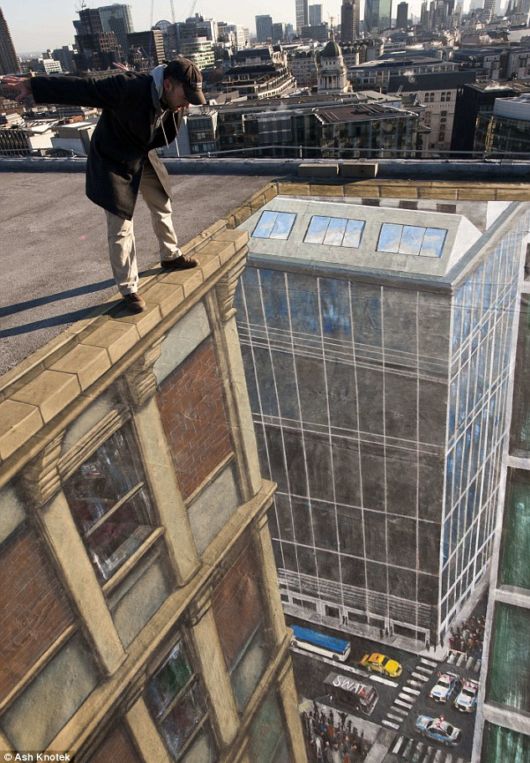 Inches from death… or really? Pavement artist stands on the edge of his drawing of a New York scene – in London

The astonishing optical illusion means he appears to be about to fall from a London rooftop, surrounded by a panorama which includes the City.

But sharp-eyed observers will spot that the street scene below him includes a New York yellow taxi and a U.S. police SWAT team.

Pavement artist Joe Hill was commissioned to draw the scene to celebrate the release of Hollywood film Man On A Ledge.

In the film, a New York police psychologist has to attempt to talk down a former policeman who has threatened to jump to his death from a Manhattan hotel rooftop. 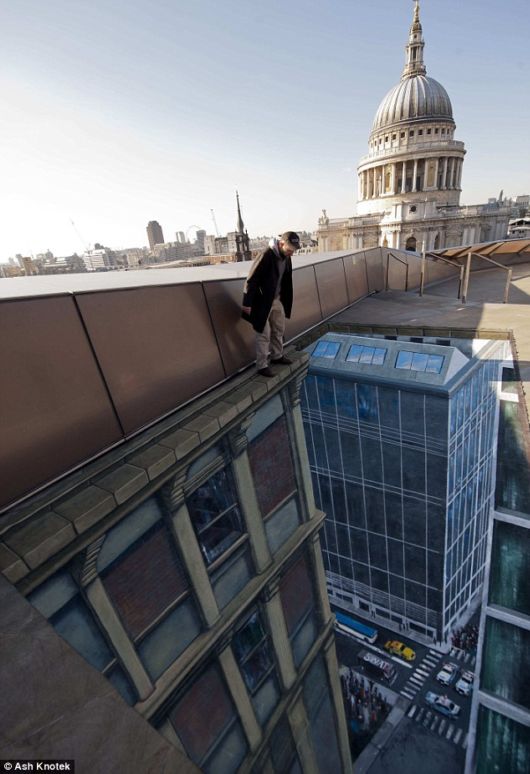 Don’t jump! Man on a Ledge was created to celebrate the UK release of the film by the same name 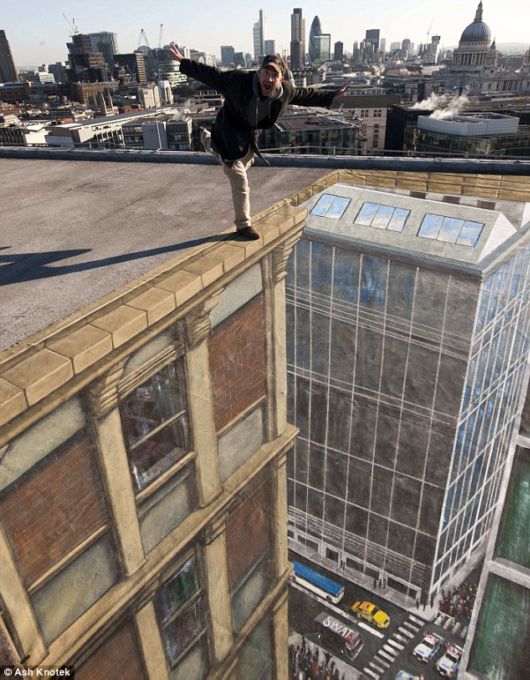 Stepping off the edge: Pavement artist Joe Hill created the image. In the Man on a Ledge film a New York police psychologist has to attempt to talk down a former policeman who has threatened to leap to his death 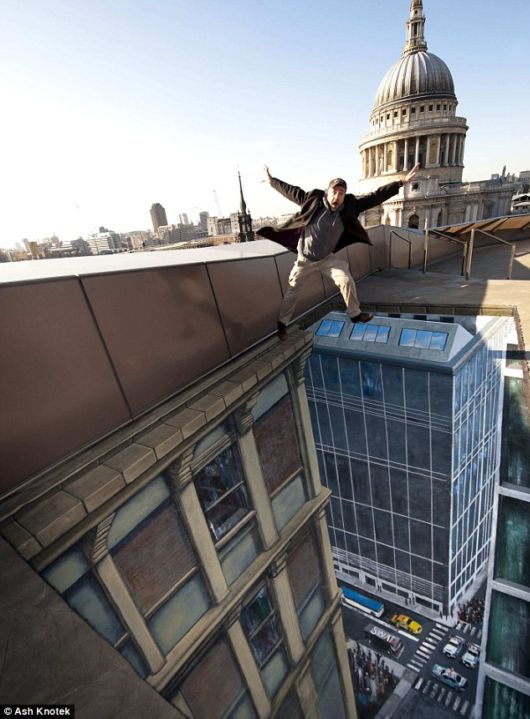 Going over the edge: In this astonishing optical illusion, Joe Hill appears to be jumping off a building in this New York scene – set in London 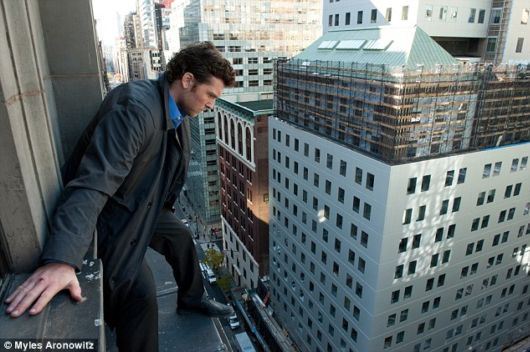 Man on a Ledge: Sam Worthington stars in the Hollywood film which is coming out in the UK