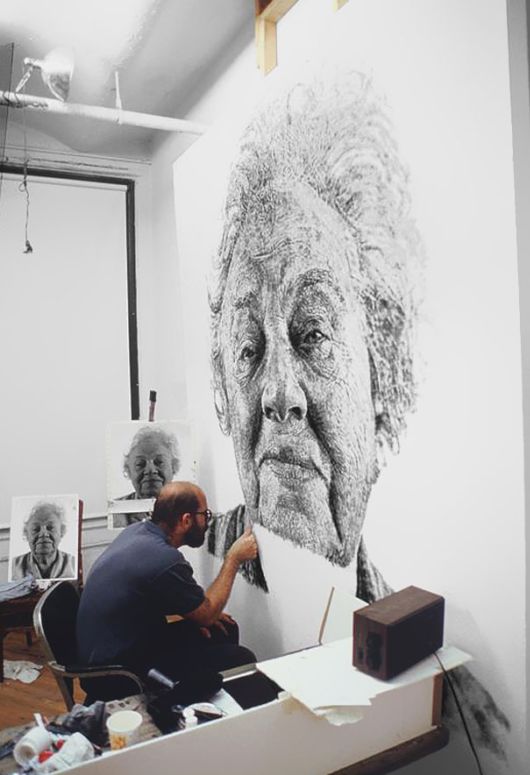 ?Fanny/Fingerpainting? represents one of the largest and most masterly executions of a technique Chuck Close developed in the mid-l980s. That technique involved the direct application of pigment to a surface with the artist?s fingertips. By adjusting the amount of pigment and the pressure of his finger on the canvas, Close could achieve a wide range of tonal effects. Typically, he worked from a black and white photograph which he would divide into many smaller units by means of a grid. He then transposed the grid onto a much larger canvas and meticulously reproduced each section of it. The result is a monumental, close-up view that forces an uncomfortable intimacy upon the viewer 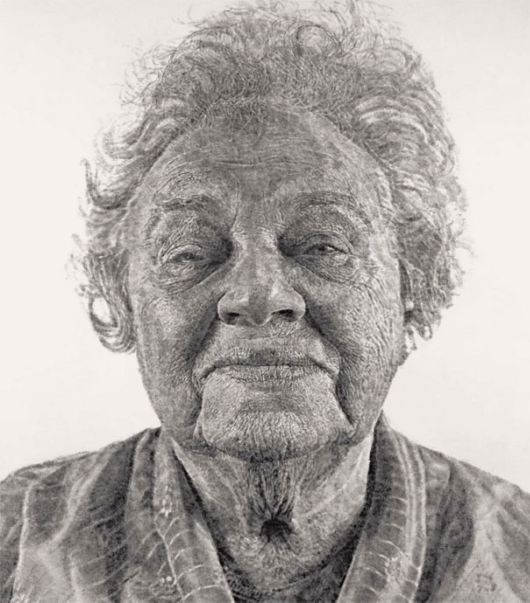 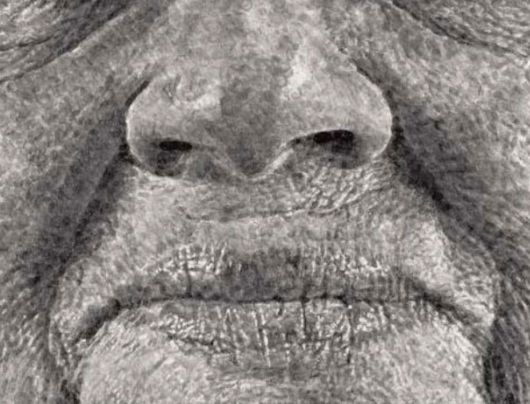 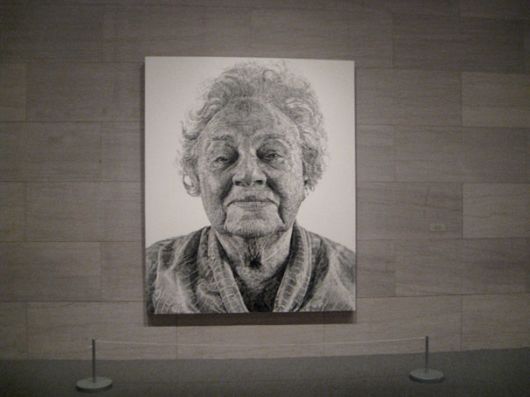