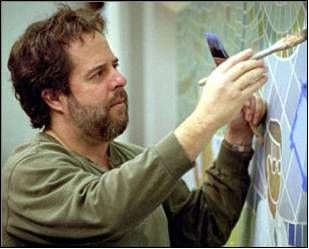 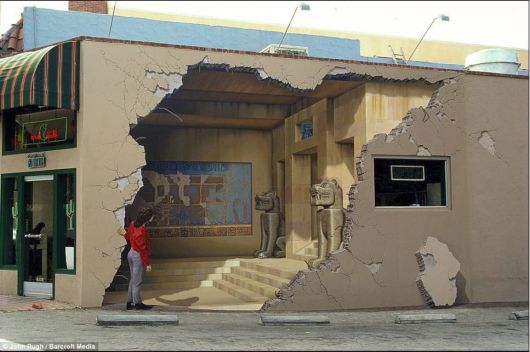 Main Street, Los Gatos , California. Even the woman peering into the ruin is part of the mural. 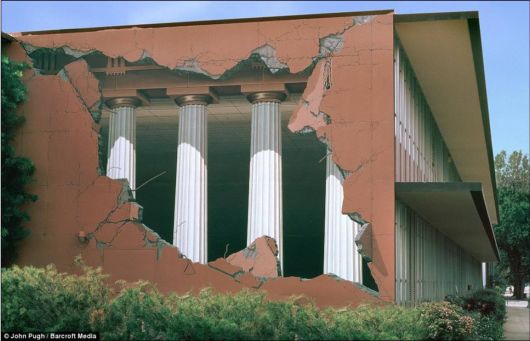 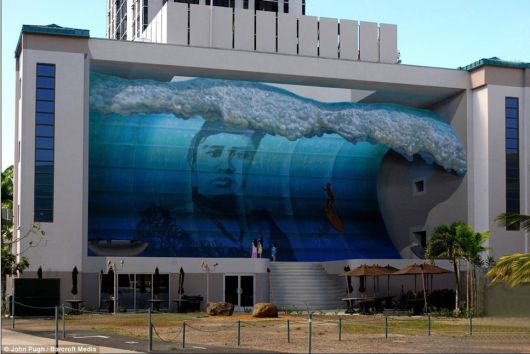 Honolulu, Hawaii. This mural took two months of studio work to plan and another six months to execute with the help of 11 other artists. Featured are Queen Liliuokalani, the last monarch of the Hawaiian Islands , and Duke Kahanamoku, the ultimate father of surfing. 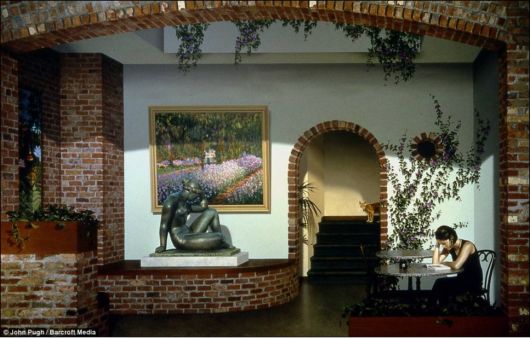 Twenty-nine Palms, California . Valentine the bull and a patient buzzard are waiting for the artist to awake. 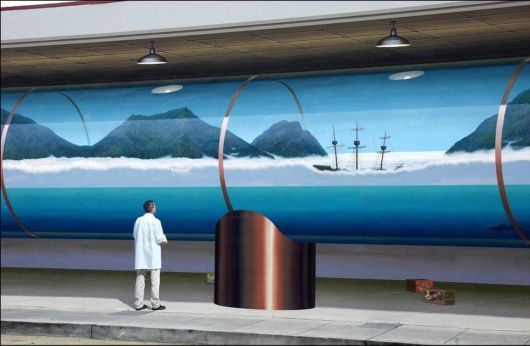 Bay in a Bottle, Santa Cruz , California . The passer-by is part of the mural. 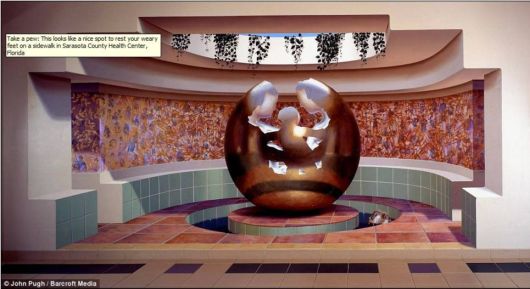 Looks like a nice spot to rest your weary feet on a sidewalk in front of the Sarasota County Health Center, Florida. 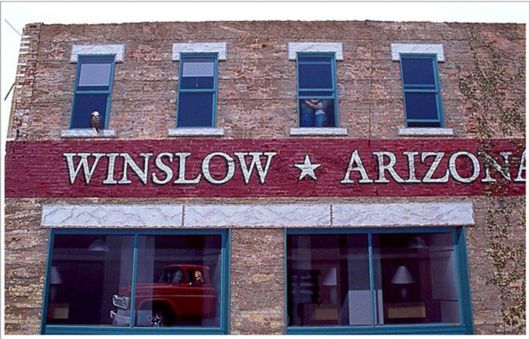 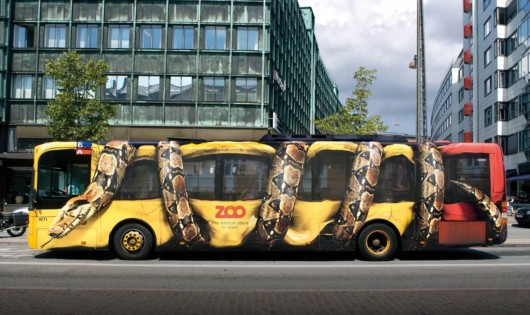