Art provides people with a means to express themselves. It can be used to spread new ideas, expand your imagination, fill you with emotion or send you a message. Art promotes critical thinking, it teaches us skills like collaboration and independence. It has been part of human existence since the dawn of time, as evident by cave paintings.

Once in a while, a true master comes along, enriching humanity with their art, like these 10 great masters and their masterpieces:

Most known painting: The Persistence of Memory 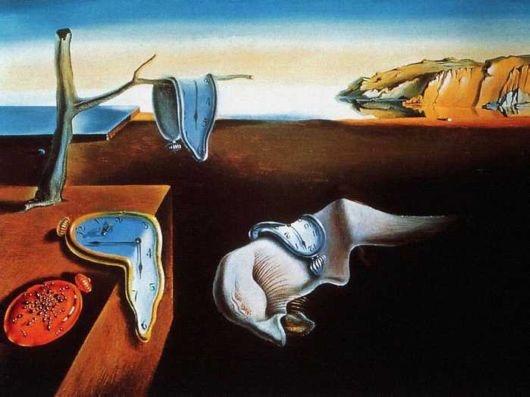 Salvador Domingo Felipe Jacinto Dalí i Domènech, 1st Marqués de Dalí de Pubol was a prominent Spanish Catalan surrealist painter born in Figueres, Spain. Dalí was a skilled draftsman, best known for the striking and bizarre images in his surrealist work. His painterly skills are often attributed to the influence of Renaissance masters. His best-known work, The Persistence of Memory, was completed in August 1931. It epitomizes Dalí’s theory of "softness" and "hardness", which was central to his thinking at the time. As Dawn Ades wrote, "The soft watches are an unconscious symbol of the relativity of space and time, a Surrealist meditation on the collapse of our notions of a fixed cosmic order". It is currently located in the New York Museum of Modern Art.

Pablo Ruiz y Picasso, was a Spanish painter, sculptor, printmaker, ceramicist, stage designer, poet and playwright who spent most of his adult life in France. As one of the greatest and most influential artists of the 20th century, he is known for co-founding the Cubist movement, the invention of constructed sculpture, the co-invention of collage, and for the wide variety of styles that he helped develop and explore. The painting Guernica was created in response to the bombing of Guernica, a Basque Country village in northern Spain, by German and Italian warplanes at the behest of the Spanish Nationalist forces on 26 April 1937 during the Spanish Civil War. Guernica shows the tragedies of war and the suffering it inflicts upon individuals, particularly innocent civilians. It is on display in the Museo Reina Sofia, Madrid, Spain.

Most known painting: The Starry Night 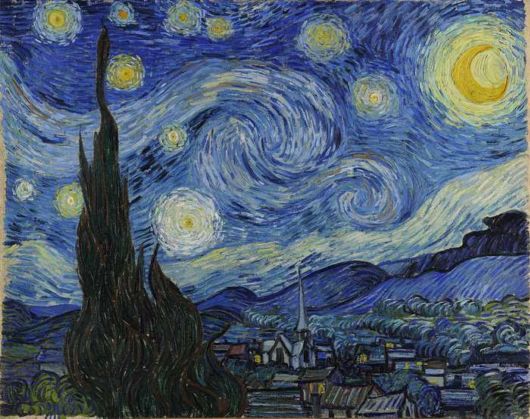 Vincent Willem van Gogh was a Post-Impressionist painter of Dutch origin whose work?notable for its rough beauty, emotional honesty, and bold color?had a far-reaching influence on 20th-century art. The Starry Night is an oil on canvas, painted in June, 1889, it depicts the view (with the notable addition of an idealized village) from the east-facing window of his asylum room at Saint-Rémy-de-Provence, just before sunrise. It has been in the permanent collection of the Museum of Modern Art in New York City since 1941.

Most known painting: The Jewish Bride 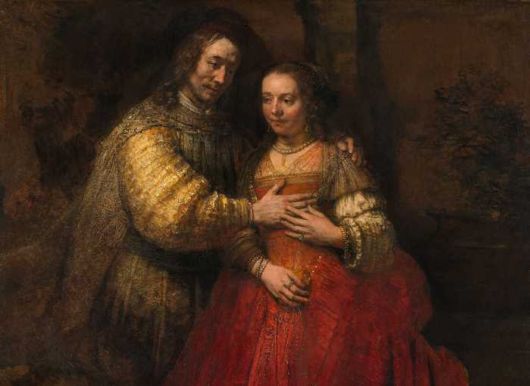 Rembrandt Harmenszoon van Rijn was a Dutch painter and etcher. He is generally considered one of the greatest painters and printmakers in European art and the most important in Dutch history. The Jewish Bride was painted around 1667. It gained its current name in the early 19th century, when an Amsterdam art collector identified the subject as that of a Jewish father bestowing a necklace upon his daughter on her wedding day. It is displayed in the Rijksmuseum, Amsterdam.

Most known painting: The Creation of Adam

Michelangelo di Lodovico Buonarroti was an Italian sculptor, painter, architect, poet, and engineer of the High Renaissance who exerted an unparalleled influence on the development of Western art. The Creation of Adam is part of the Sistine Chapel ceiling, painted circa 1511?1512. It illustrates the Biblical creation narrative from the Book of Genesis in which God breathes life into Adam, the first man. It is the most well-known of the Sistine Chapel fresco panels, and its fame as a piece of art is rivaled only by the Mona Lisa. 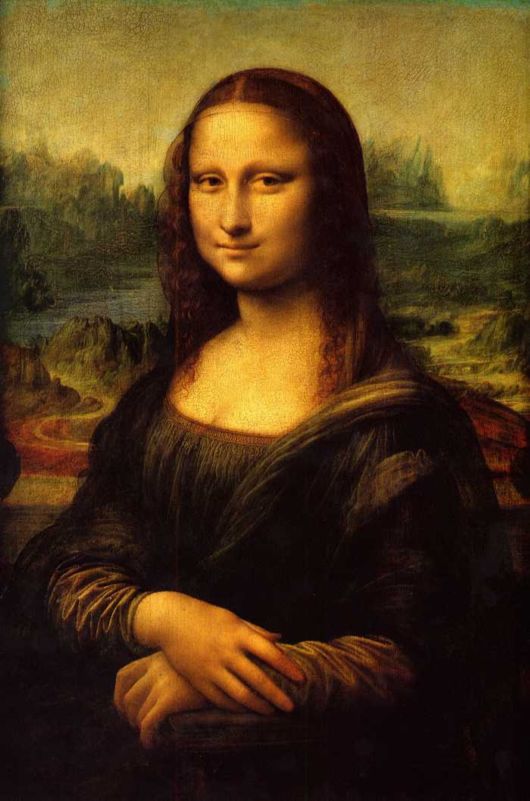 Leonardo di ser Piero da Vinci was an Italian polymath, painter, sculptor, architect, musician, mathematician, engineer, inventor, anatomist, geologist, cartographer, botanist, and writer. He is widely considered to be one of the greatest painters of all time and perhaps the most diversely talented person ever to have lived. His genius, perhaps more than that of any other figure, epitomized the Renaissance humanist ideal. The Mona Lisa is a half-length portrait of a woman by Leonardo da Vinci, which has been acclaimed as "the best known, the most visited, the most written about, the most sung about, the most parodied work of art in the world". The painting, thought to be a portrait of Lisa Gherardini, the wife of Francesco del Giocondo, is believed to have been painted between 1503 and 1506. It is on permanent display at The Louvre museum in Paris since 1797.

Most known painting: Wedding of the Virgin 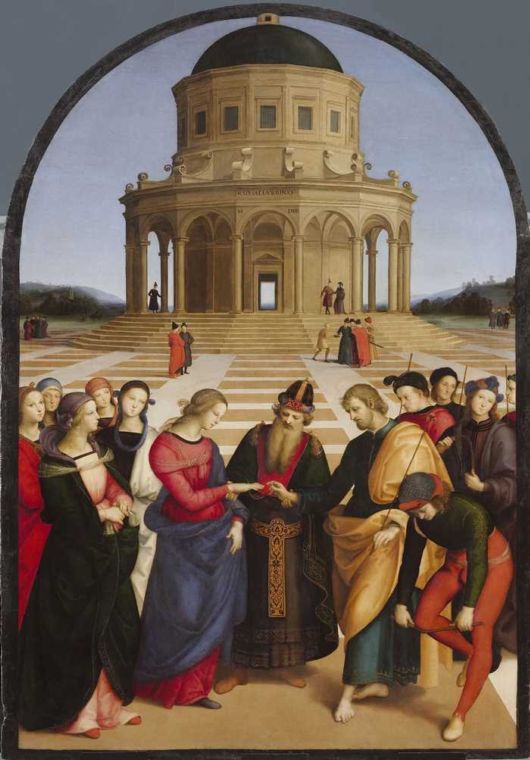 Raffaello Sanzio da Urbino was an Italian painter and architect of the High Renaissance. His work is admired for its clarity of form and ease of composition and for its visual achievement of the Neoplatonic ideal of human grandeur. The Marriage of the Virgin, also known as Lo Sposalizio, was completed in 1504 for a Franciscan church in Città di Castello, the painting depicts a marriage ceremony between Mary and Joseph. It is currently located in Pinacoteca di Brera, Milan. 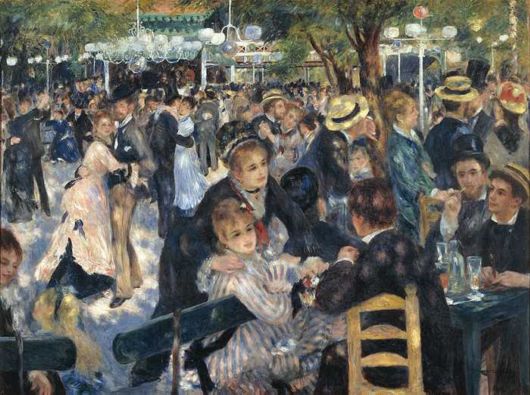 Pierre-Auguste Renoir was a French artist who was a leading painter in the development of the Impressionist style. Bal du moulin de la Galette was painted in 1876 depicts a typical Sunday afternoon at Moulin de la Galette in the district of Montmartre in Paris. It is housed at the Musée d’Orsay in Paris and is one of Impressionism’s most celebrated masterpieces. 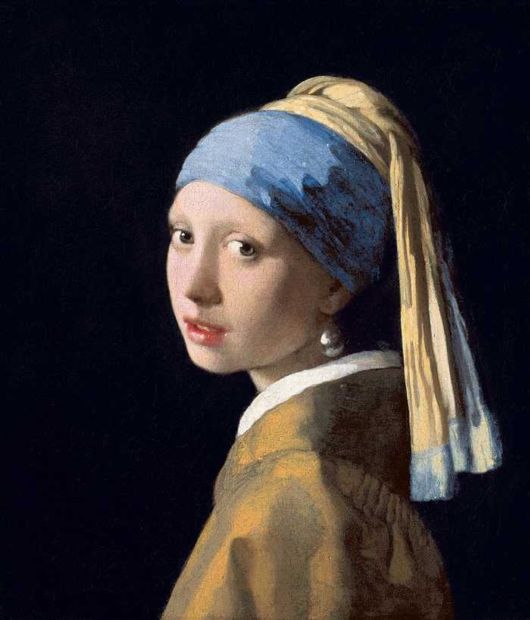 Johannes, Jan or Johan Vermeer was a Dutch painter who specialized in domestic interior scenes of middle-class life. The painting Girl with a Pearl Earring is one of Dutch painter Johannes Vermeer’s masterworks and, as the name implies, uses a pearl earring for a focal point. The image is a tronie, the Dutch 17th-century description of a ?head? that was not meant to be a portrait. It has been in the collection of the Mauritshuis gallery in The Hague since 1902.

Oscar-Claude Monet was a founder of French Impressionist painting, and the most consistent and prolific practitioner of the movement’s philosophy of expressing one’s perceptions before nature, especially as applied to plein-air landscape painting. The term "Impressionism" is derived from the title of his painting Impression, soleil levant (Impression, Sunrise. The painting depict Monet’s flower garden at Giverny and is the main focus of Monet’s artistic production during the last thirty years of his life. Many of the works were painted while Monet suffered from cataracts. Since 2008, the painting has been in the possession of a private collector.