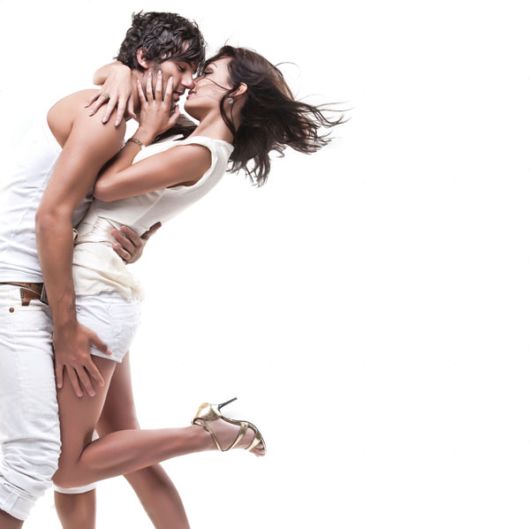 Being in a relationship can be fun and exciting because it brings new memories and experiences to your life. You feel new emotions toward a person while you get to know them, never knowing what to expect next — hopefully, only the best.

But what if your girlfriend keeps comparing you to her ex-boyfriend? What do you do then? It’s understandable that we all have benchmarks when it comes to love; standards which we hope to exceed. This only makes sense.

If comparisons to your girlfriend’s ex (assuming her ex-boyfriend met certain standards) becomes a daily routine, however, then you might have a problem. "My old boyfriend had a bigger car, my ex used to kiss better, my ex this, my ex that." You can see how this can quickly become a problem.

Case of the ex

Inadvertently, your girlfriend is always looking for a steady and loving boyfriend. So, since she’s not with the ex anymore, it’s obviously because she’s on the lookout for someone better (unless he dumped her hard and fast). And her way of gauging where you measure up to her exes is to compare you with her tainted past. Some women do it subconsciously, some simply make mental comparisons, while others don’t beat around the bush, and tell you up close and personal what the deal is.

I’m pretty sure these women don’t realize the negative effects this can have on men; if they did, they would think twice before they spoke in order to avoid placing their Gucci heels in their lipstick-stained mouths. But women should know how this affects us.

Wanting great things when in love is perfectly normal, but often times, women have a tendency to shoot for the stars and never look down. The problem is that if they find anything less than a stellar individual, they pass. You can see how troublesome this can be for them, as the constant search for eternal love is frustratingly never appeased.

Take it from me

To give you a hands-on approach, I used to date a lady that used every ex-boyfriend as a launching pad to select her new beaus, which, if you ask me, is a disaster waiting to happen.

An old conquest of mine, Alison, would use everything around her, not just ex-flings, as a means of comparison: "look how this guy is buying his girlfriend flowers; see how the birds sing in unison," and so on.

"If you were really sorry, you’d buy me flowers." Now how does buying flowers and showing up unannounced at her doorstep on a rainy night make up for a mistake I might have made? It doesn’t. The problem here is that she was comparing this love to the one found in movies, with the "happily ever after" nonsense.

If you’re asking yourself how this relates to your girlfriend comparing you to her ex, then you’re on the right track. What I mean is that it doesn’t really matter what she compares you to, but rather the fact that she is comparing you to something/someone.

So what do you tell her when she compares you to an ex?

Next time you have to sit through an interrogation and lecture about how Oprah thinks a relationship should consist of openness, have your cards ready. If she doesn’t like you going out with your buddies — even when you don’t come home too late — then there’s something fishy about this. If she doesn’t give you a valid answer, it’s because there’s an underlying reason for her dislike.

"Why can’t you stay home for once? I just want to spend some time alone with you." This would make sense if you were always on the go, roaming the city and hitting the bar scene. But considering you’ve spent the last 12 days together (not that you’re counting or anything), her exclamation makes no sense.

So why does she keep pushing for your presence at all times? In my case, she made the slip-up of telling me that her ex used to go out days on end, and she wouldn’t hear from him for days. And I quote; "He went to a club on Friday night, and I only tracked him down Monday afternoon."

Now don’t get me wrong, I can understand how this could be devastating for a woman, but what is more harmful is extrapolating this isolated event towards her new mate’s behavior.

My response to this case of paranoia was, "You refer to this guy as your ex for a reason. So don’t put me in the same category because you know I’m worth more than that."

Wake up and smell the truth

This wakeup call usually forces women to open their eyes to reality and cherish what they have in their possession at that moment in time. Women have to understand that there’s no use in dwelling over past boyfriends and going for a new and improved 2.0 model that has all the old practical characteristics, plus a couple of new gadgets on the side.

So next time she compares your beliefs and actions to how her exes Jimbo and Paulie used to screw up, tell her that she’s well on her way to finding another ex under her belt. That should knock some sense into her.