A Tale of Two Cockies

A Story of Love, Compassion, Friendship & Loyalty
About eight years ago a wild Australian Sulphur Crested Cockatoo flew into a car and broke its wing. The motorist took it to the Vet in Nerang , Queensland , who had to amputate the wing. We adopted her – for which we needed a National Parks and Wildlife permit – and kept her in a cage outside where she was often visited by wild Cockatoos. One of the things that impressed us was how she would push lettuce leaves through the bars of the cage, offering food to visitors. 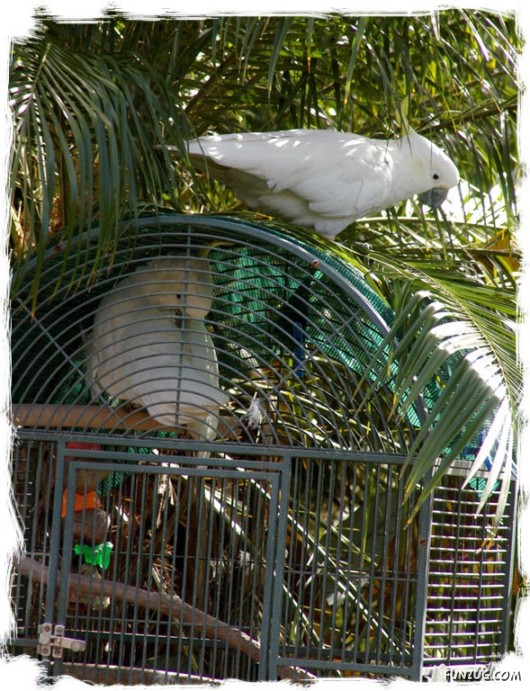 As usual he spent a lot of time sitting on the cage with a tamper proof latch. 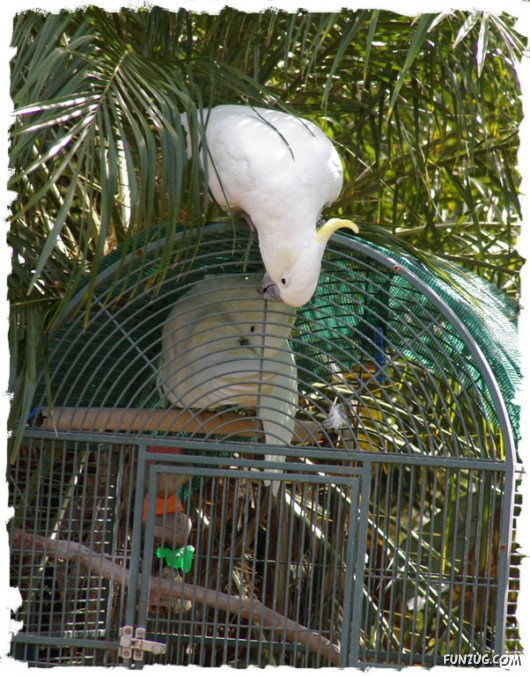 There was a lot of talking and grooming. A bloke has to look presentable when courting a bird! 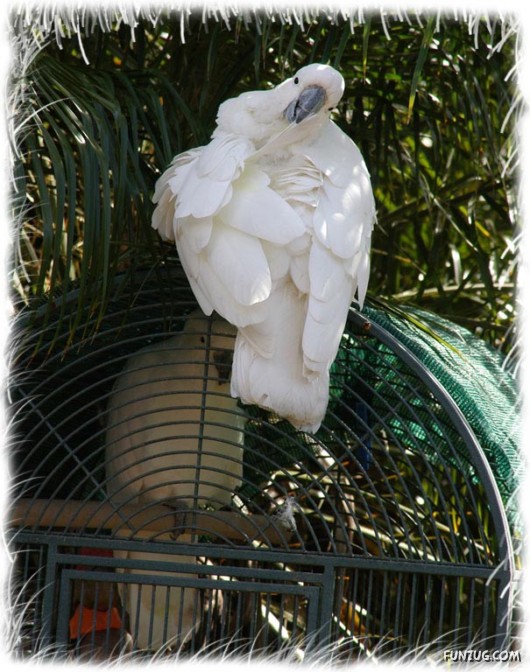 Things got interesting when he approached the front door. . 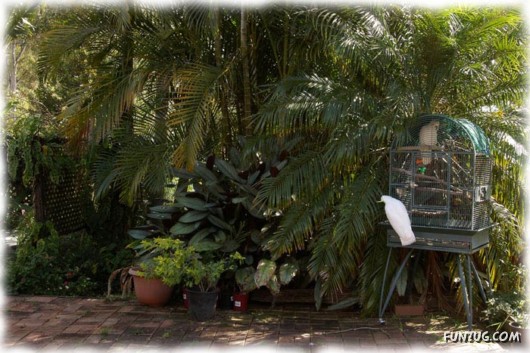 The clever fellow figured out how to undo the tamper proof latch! 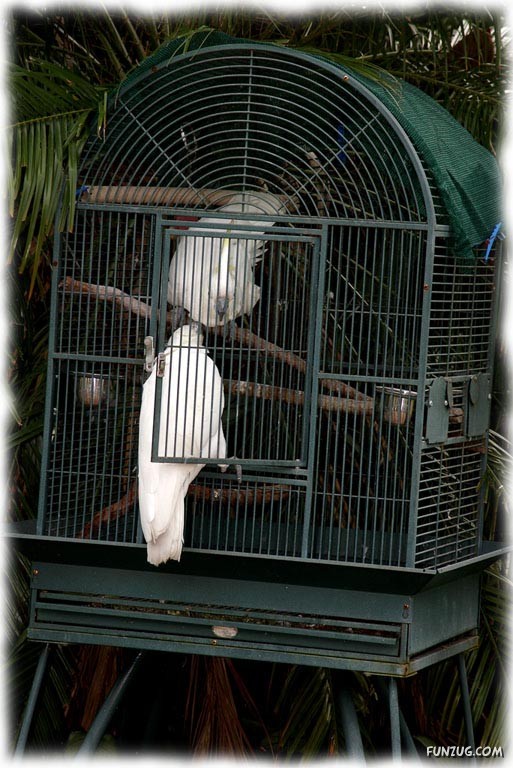 He opened the door for a lot of mutual grooming and food sharing…. 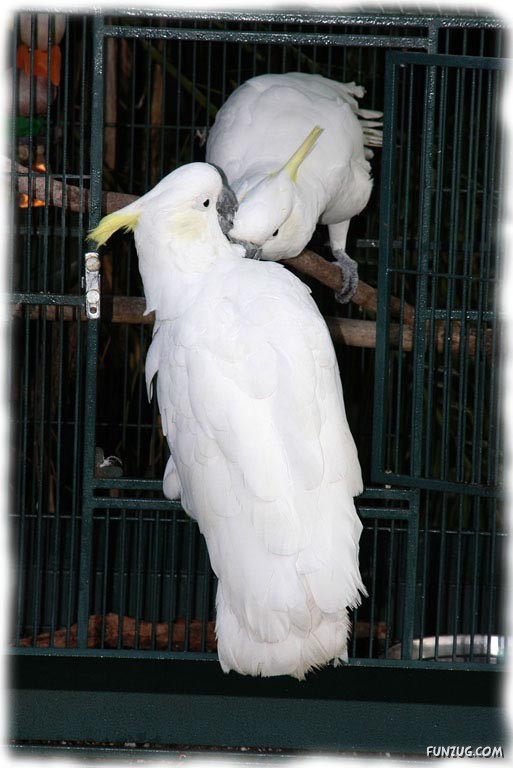 Oooh that’s nice! Scratch a bit more on that side, dear… 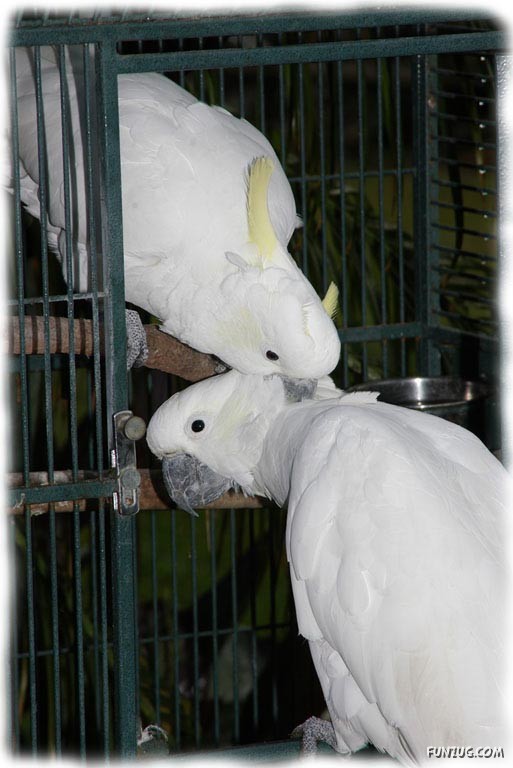 He was not shy to get into the cage and would go in and out a number of times. 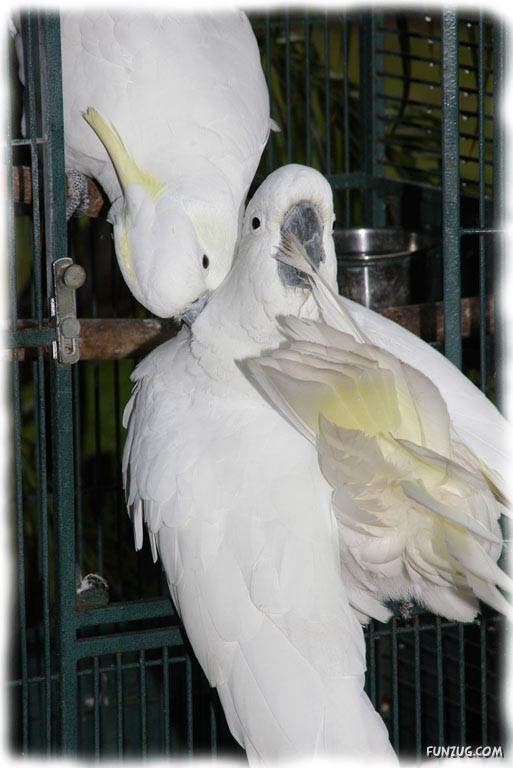 They mated! We are looking forward to beautiful baby cockatoos. Will keep you posted. 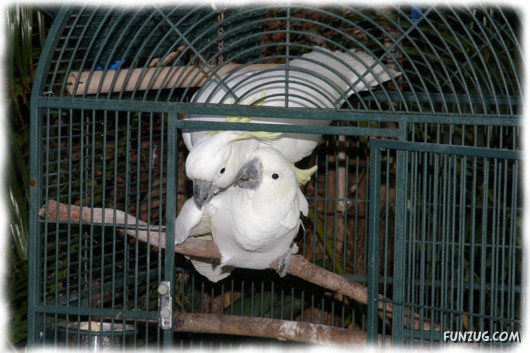 Later on, the whole extended family came visiting but the special mate was back every day so far. 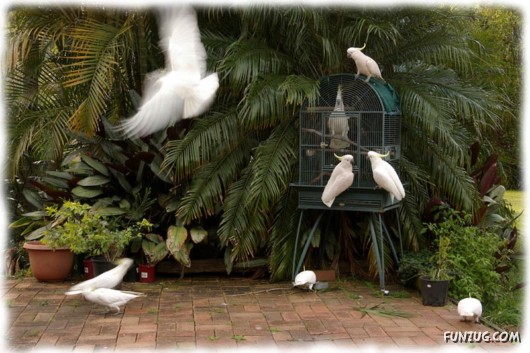 We leave the door open during the day but if we forget, it doesn’t matter – cockatoos have intelligence that rival primates. Because she has only one wing, she stays inside or just sits on top. Guess what happened next…

At first it seemed as though he was annoyed because she did not fly off with him and he would squawk a lot. He soon came to understand that she could not fly so he just stayed. However, she was no longer returning to her cage. The two of them would stay in the trees in our garden and because the yard is well fenced, they were safe from dogs but the neighbor’s cat is not kept indoors at night and we often have to chase it away. Chances are the cat would come off second best in a confrontation with a Cockatoo but at night cats remain a danger because they could stalk a sleeping bird on the ground. 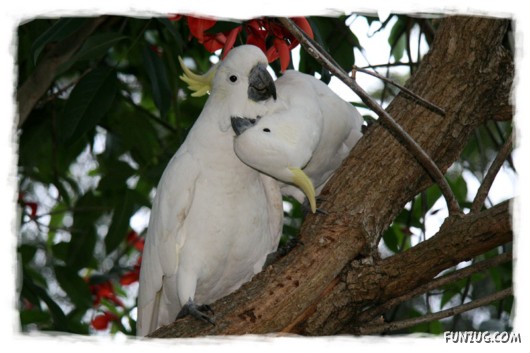 Cockatoos make their nests in hollow logs but we noticed the male hard at work digging a hole under a clump of Lilly Pilly trees. We put down a hollow log for them but they just ignored us. The nest he dug was a hole with a short tunnel leading off to where she laid her eggs. Once there were eggs in the nest, the male became extremely aggressive. You better not get near the nest or he will take chunks of flesh from your foot. It was difficult to take these pictures because I literally had to steal them while running away from the male. 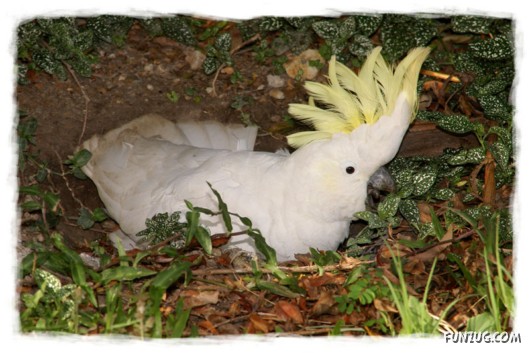 We kept a vigil to see how things were progressing. They took turns incubating the eggs and covering the tunnel. After about three weeks, the eggs hatched. Have a careful look at this picture and try to spot the bit of yellow fluff. 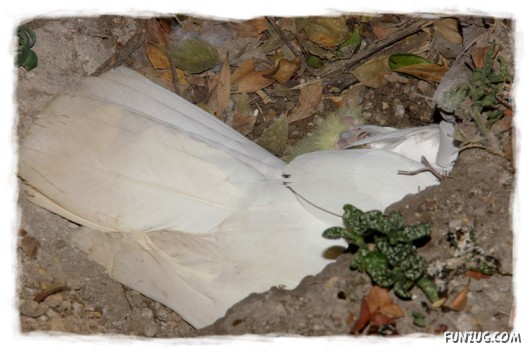 Whenever Mum & Dad Cockatoo leave the nest, we try to get a look but you have to do it while running because Dad Cockatoo is chasing you! 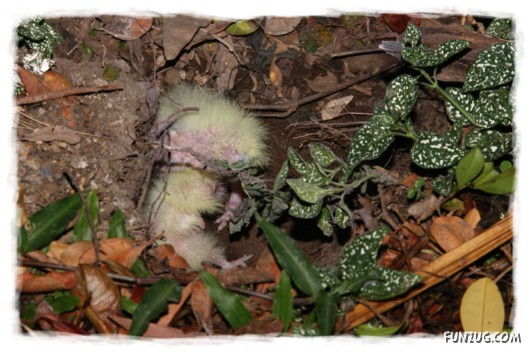 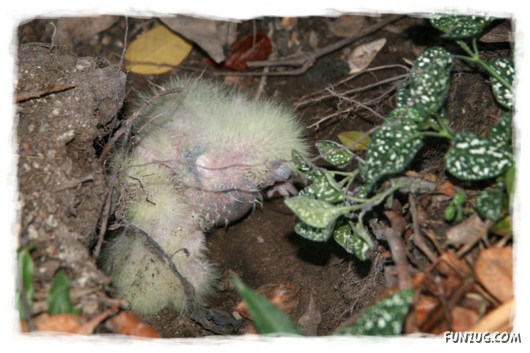 Well, I hope his mother thinks he is pretty and eventually I might think so too but at the moment, both of them just look like pink balls with a bit of yellow fluff. 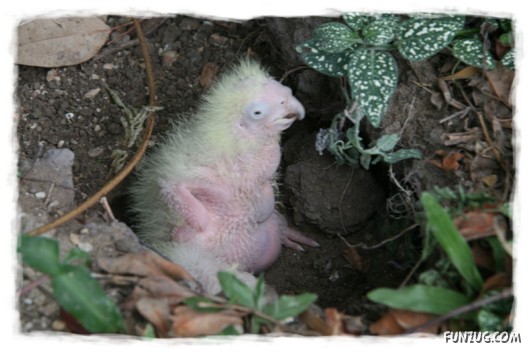 They are growing fast and if the Dad allows me, I’ll try to get some more pictures as they grow up and share with you.