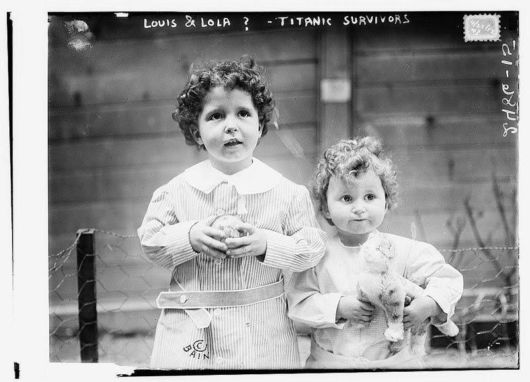 On April 15, 1912 the RMS Titanic collided with an iceberg and more than 1,500 perished in the tragedy. Of the 710 survivors there were two young boys aged 2 and 4, the only children to be rescued without a parent or guardian.

The photo above says it all, ?Louis & Lola?? Information was sparse, the passenger list was a mess and the two little boys simply answered oui to every question asked.

The media dubbed them the ?Titanic Twins? and their identity would remain unknown until a woman in Nice, France came across a newspaper article with a picture of what looked like her two sons. 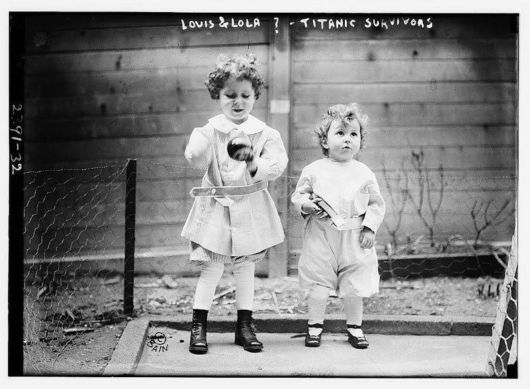 Photograph via Library of Congress
Her name was Marcelle Caretto, and after getting in touch with local authorities, she described them in detail, submitting questions only her sons could answer. After their relationship was confirmed, Marcelle would be reunited with her children, Michel and younger brother Edmond, in the United States.

So how did a 2-year-old and 4-year-old find themselves on the Titanic? The answer was their estranged (and now deceased) father, Michel Navratil.

Photograph via Library of Congress
According to NPR, the father had essentially kidnapped the two children from his estranged wife, Marcelle. His plan was to flee to the United States and start anew.

He assumed a pseudonym, Louis B. Hoffman, and gave his children aliases too, ?Lolo and Momon?. Unfortunately he chose the Titanic as his getaway ship.

In a strange twist, he was recorded as the only Titanic victim found carrying a loaded revolver in his pocket. 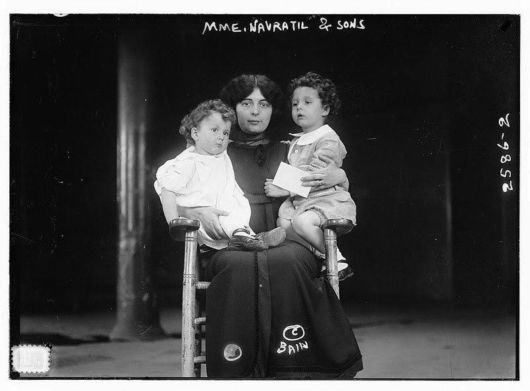 When the boys arrived in New York City they went to live with Margaret Hays, another Titanic survivor. A month later they were reunited with their mother after her long journey across the Atlantic.

Edmond died at the age of 43 after fighting in the French Army during WWII. Michel would go on to attend college, earn a doctorate and become a professor of Philosophy.

He died on January 20, 2001 at the age of 92, the oldest and last remaining male survivor of the RMS Titanic.