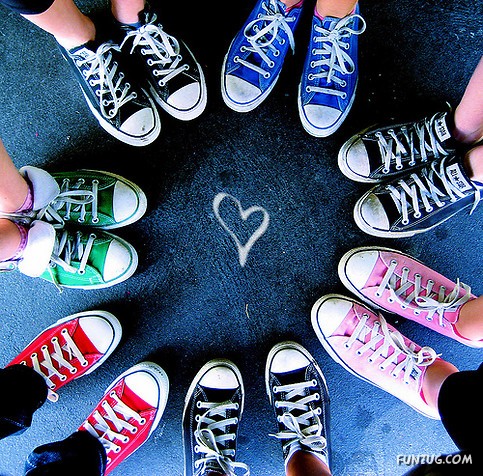 A long time ago, before the world was created and humans set foot on it, God had put all the human "qualities" in a separate room. Since all the qualities were bored they decided to play hide & seek.

"Madness" was one of the qualities and he shouted: "I want to count, I want to count!" And since nobody was crazy enough to want to seek "Madness", all the other qualities agreed. So "Madness" leaned against a tree and started to count:

One, two, three…" As "Madness" counted, the qualities went hiding. "reason" hid in a pile of garbage.. "Lie " said that it would hide under a stone, but hid at the bottom of the lake. And Madness continued to count "… seventy nine, eighty, eighty one…" By this time, all the qualities were already hidden-except "Love ".

For stupid as "Love " is, he could not decide where to hide.

And this should not surprise us, because we all know how difficult it is to hide "Love".

"Madness": "…ninety five, ninety six, ninety seven…" Just when "Madness" got to one hundred….. …."Love" jumped into a rose bush where he hid.

Envious of Love, "Envy" whispered to "Madness ": "You only need to find Love, and Love is hiding in the rose bush."

"Madness" Jumped on the rose bush and he heard loud cry. The thorns in the bush had pierced "Loves" eyes.

Hearing the commotion God came into the room and saw what had happened. He got very angry and cursed "Madness" and said since "Love" has become blind because of u… ..u shall always be with him"

And so it came about that from that day on, Love is blind and is always accompanied by Madness.!