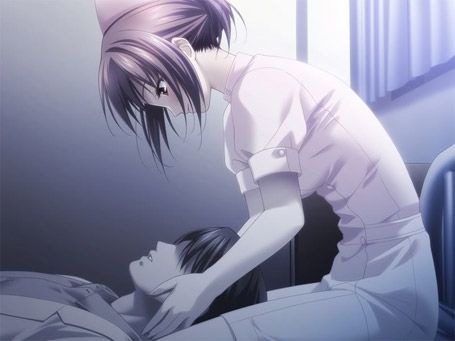 This is a story of a couple from Philippines?

There was a girl named Julie who used to fear falling in love because she has seen her mother?s suffering, this girl has lost her father when she was 13 and her mother was left all alone with his memories & Stolen Moments !! Her father used to smoke a lot and because of smoking he suffered from cancer and died !

It?s true no one knows destiny, this girl Julie who used to fear love and hate smokers has fallen in love with one of his class mate? who was a chain smoker. She used to tell his father?s story to him every-time they met expecting him to quit smoking. She realized that he has started avoiding her as his friends used to tease him whenever he used to smoke with them. Julie wanted to see him happy so she stopped objecting him :?( and just after 3 months of her relationship she realized that he is suffering from a lung disease called emphysema caused due to smoking.

He has fallen seriously ill and his treatment started, it continued for 2 years? many times his health became so worst that doctors also thought he will die !! But it was Julie?s love who kept him alive and recovering, all these 2 years she spent all her time with him in the hospital? she stopped going to college.. fought with her mother, friends & relatives? invested all her pocket money? and thus she defined love??

The Boy Recovered And Has Quit Smoking !! He Has married Julie And now they both are living happily together !! He always feels guilty for not listening to his Love ?
earlier. He now gives one message to everyone ?Do 100 things that friends asks you to do, but please don?t do at-least that one thing that your love don?t want you to do ..??

?Friends, i will not say Smoking is dangerous for health because that is already written on the box of cigars? but i will like to tell you? that you started smoking for yourself, now quit it for someone who loves you !!

Next time when your Love or your parents ask you not to smoke? recall this ?True Love Story? and answer yourself that do you want them to suffer for a mistake that you are doing today?.???