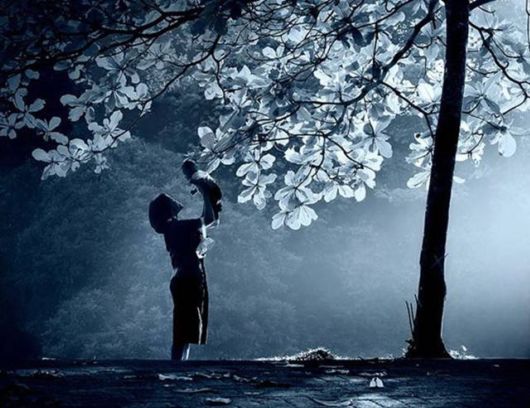 After 12 years of marriage, my wife wanted me to invite another woman to dinner and a movie.
She told me: ?I love you, but I know that the other woman loves you and would like to spend time with you.?
The Other Woman , which my wife asked to pay attention to, was my mother. She was a widow for over 19 years. But since my job and three children demanded all my strength from me, I could only visit her occasionally.

That evening I called her to invite her to dinner and a movie.

– What happened ? Are you okay? ? she asked me at once. My mother?s first reaction was usually like this whenever she the phone rang late at night she reckoned it was bad news.

– I thought it would be nice to spend some time with you: ? I answered. She thought for a moment, then said: ?I really want this.?

On Friday after work I went for it and i was a little nervous. As my car pulled up outside her house, I saw her standing at the door and noticed that she seemed a little too excited.

She stood in the doorway of the house, threw her coat over her shoulders. Her hair was curled in ringlets, and she was in the dress she had bought to celebrate the recent anniversary of my wedding.

– I told my friends that my son will take me to the restaurant today evening, and they were deeply impressed.

We went to a restaurant. Though it was not luxurious, but it was very nice and cozy. My mother took my arm and walked as if she was my first lady.

When we sat down at a table, I had to read her the menu. My mother?s eyes are now able to distinguish only large fonts. As i finished reading half of it, I looked up and saw that my mother was sitting, staring at me, and a nostalgic smile lay on her lips.

– In the past, when you were little, I read the whole menu for you ? she said.

During dinner, we had a very good conversation. It was nothing special. We simply shared the latest events in our lives. But we got so busy that we were late for the film.

When I left her home, she said: ?Once again, I?ll go with you to the restaurant. Only this time, I invite you. ? I agreed.

– How was your evening? ? My wife asked when I got home.

– Very good. Much better than I imagined ? I replied.

A few days later my mother died of a massive heart attack. It happened so suddenly that I had no chance to do something for her. A few days later I received an envelope with a payment receipt from the restaurant where we had dinner with my mother.

The receipt had an attached note: ?I paid the bill for our second dinner in advance. However, I?m not sure I could have dinner with you. But nevertheless, I paid for two people. For you and your wife. I have no words to explain to you what that dinner to which you invited me, meant to me: My son, I love you.

Take care of your parents! They are the only ones who truly rejoice in your successes and experience for your failures. Be with them more often than possible, because the day when they will not be by your side might come completely unexpected ?