Once a homeless musician James Bowen met a homeless red cat Bob, who changed his life. Last year, a book by James written ?Street Bob cat: a man and a cat in the street have hope.? it was a really good story. Personally I like it very much? 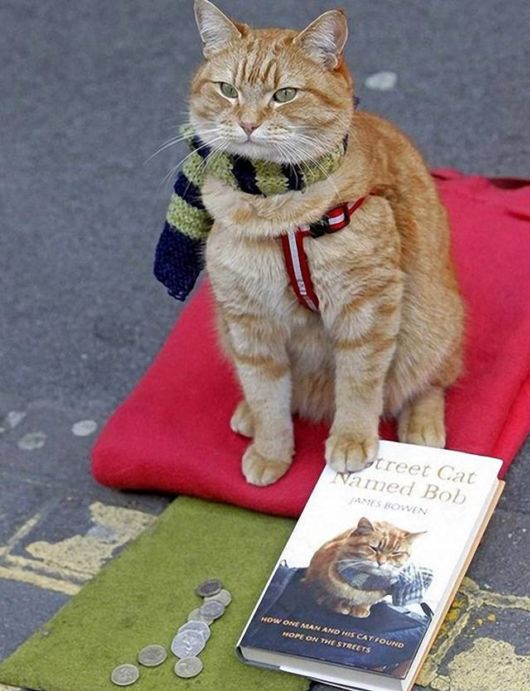 1. One day in the subway James saw a red cat with a wound to the leg, most likely resulting in a fight with another cat and it was obvious that the cat has very bad wound.
Read more after the break, with

2. James could not pass by ignoring it, he took the cat to the vet and gave little medical treatment and prescription drugs. Once the cat is finally recovered, James with a sense of accomplishment decided to say goodbye to him. 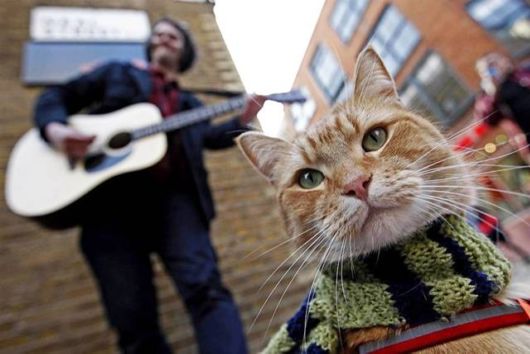 3. But Bob did not want to leave and had come with her savior, followed him wherever he went. James had no choice but to take the cat in his company. 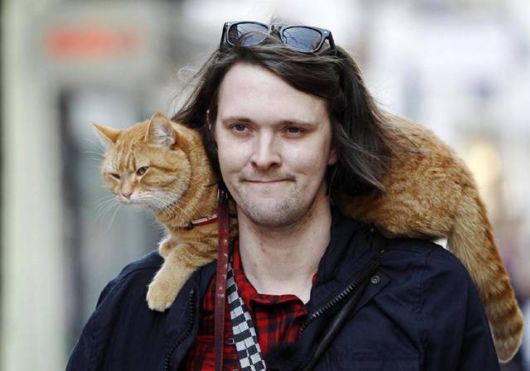 4. James play guitar on the street, and Bob sit nearby him. Musician`s Revenue increased dramatically, because people find it difficult to pass, when they look so cute kitty. Who also likes to be tied in a scarf. 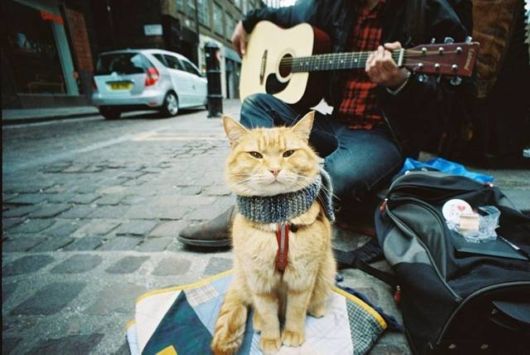 5. In his book, James describes their adventures life on the street which is full of life ? both dramatic and comedic. 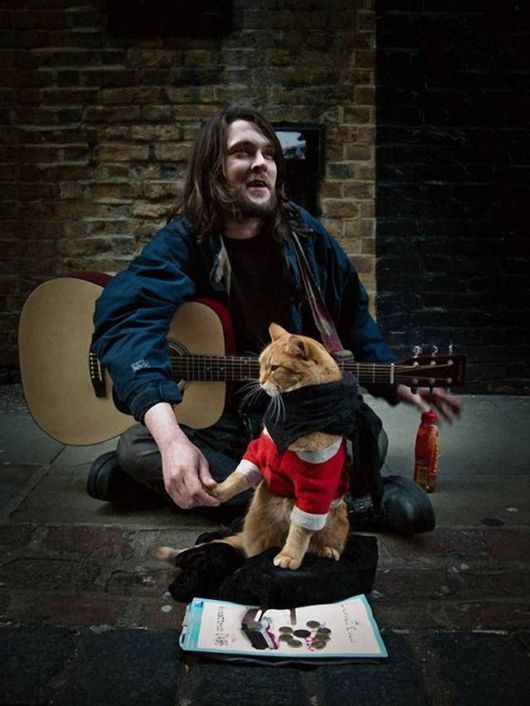 6. At the very beginning of the book, he writes that could not have imagined how this meeting would change his life. Friendship with the cat healed him from many trauma, because life had been hard. Most likely, and Bob himself could say the same thing. 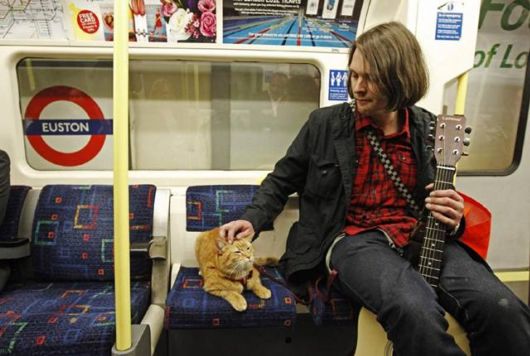 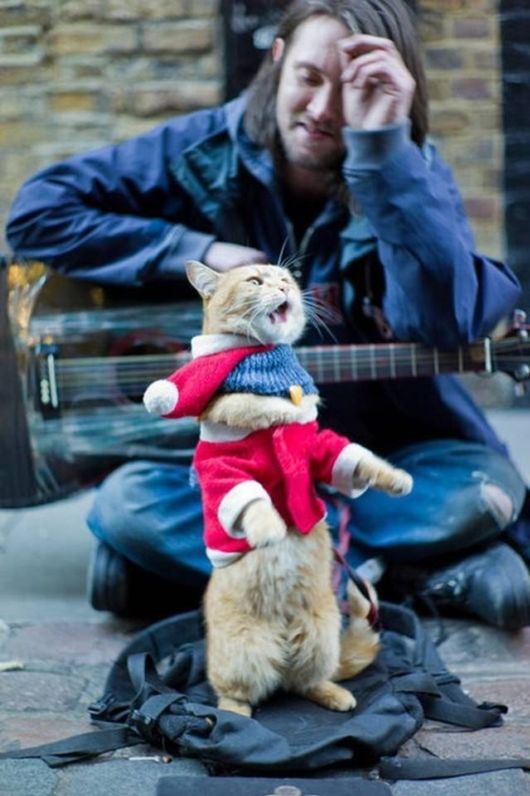 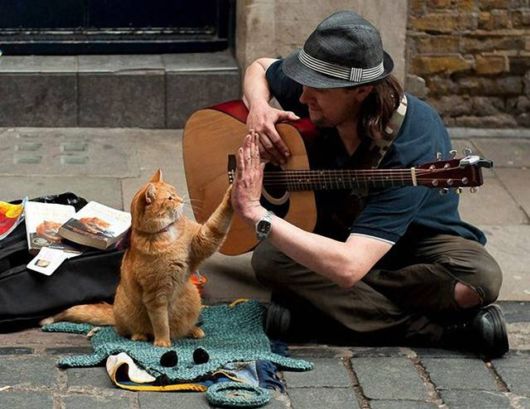 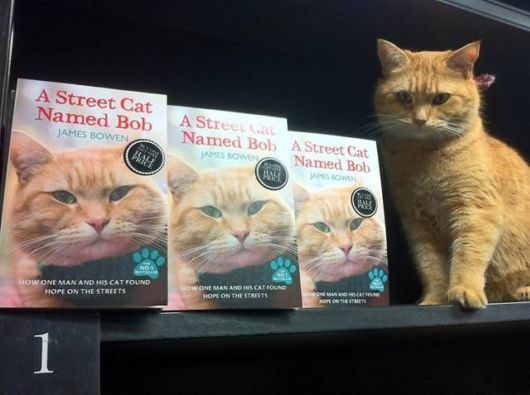 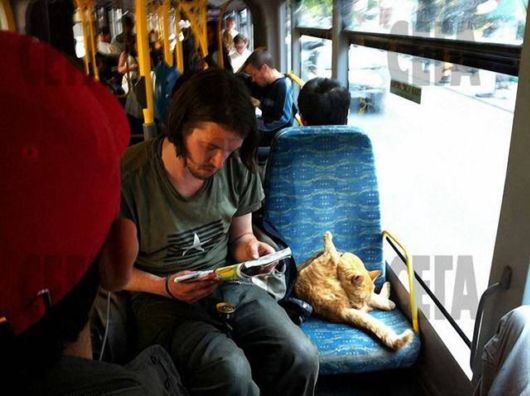 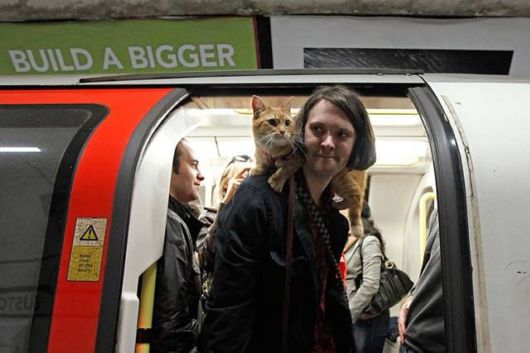 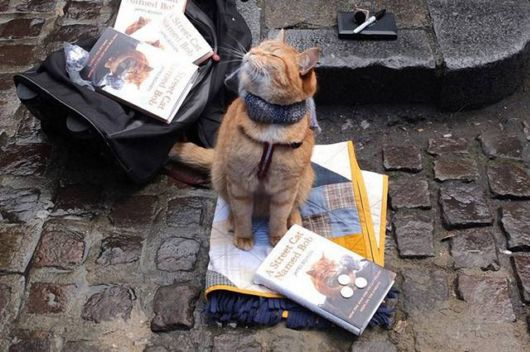 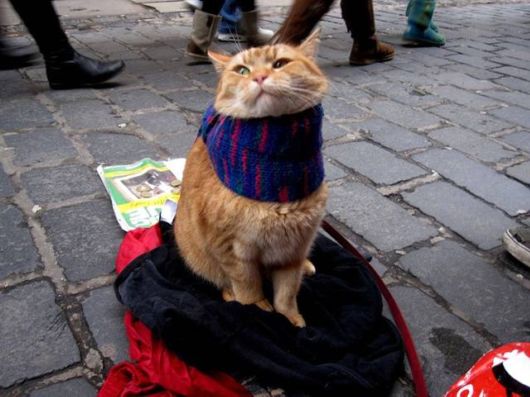 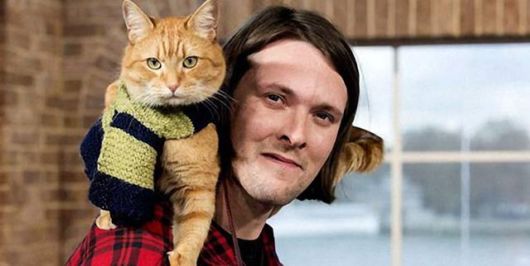 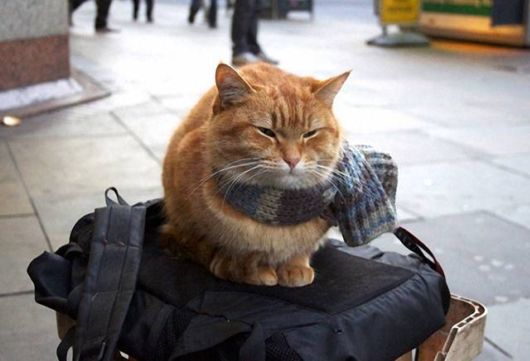 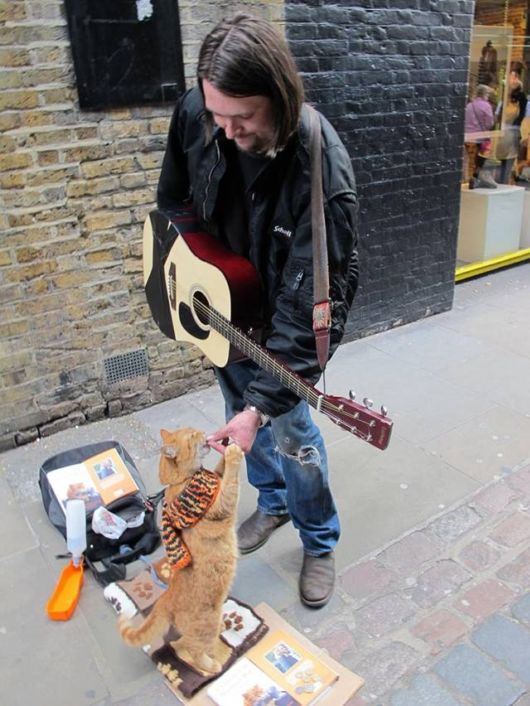 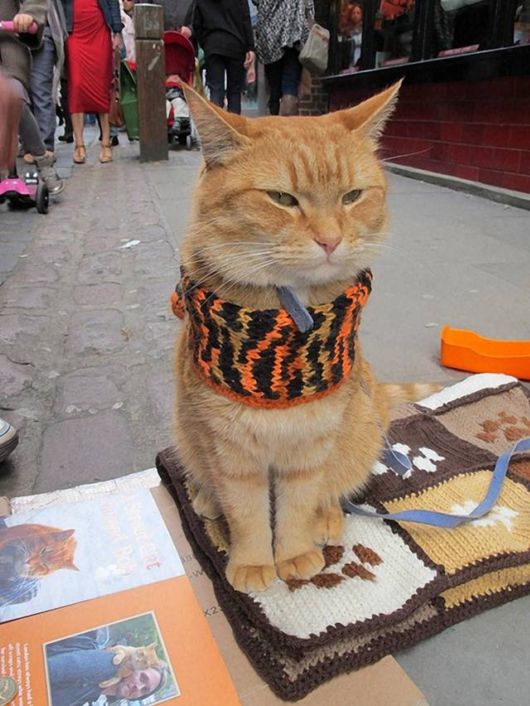 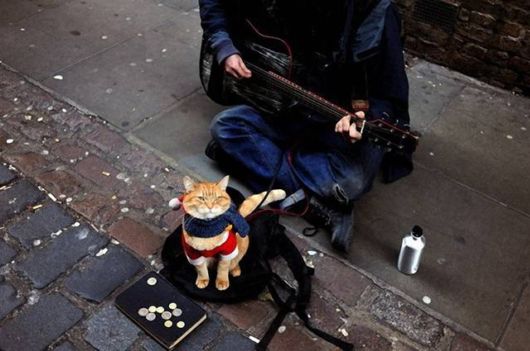 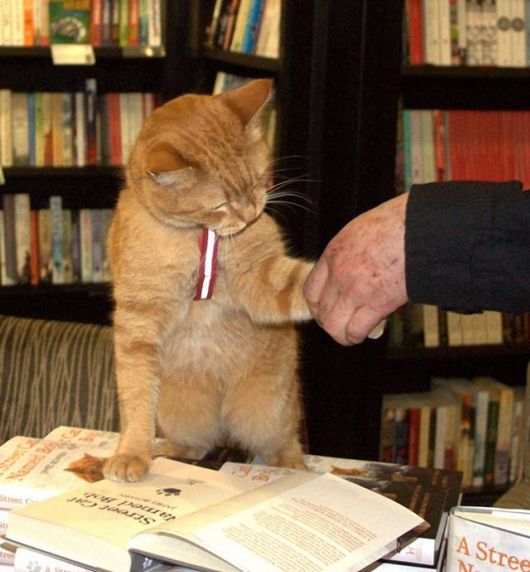 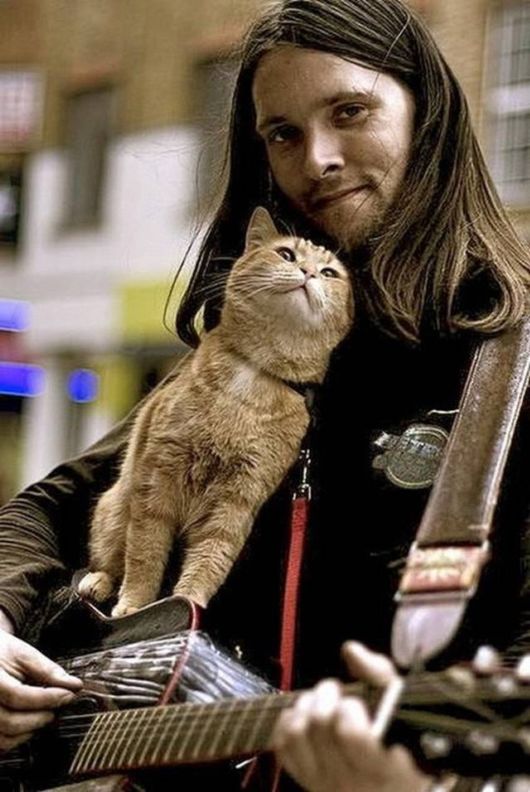 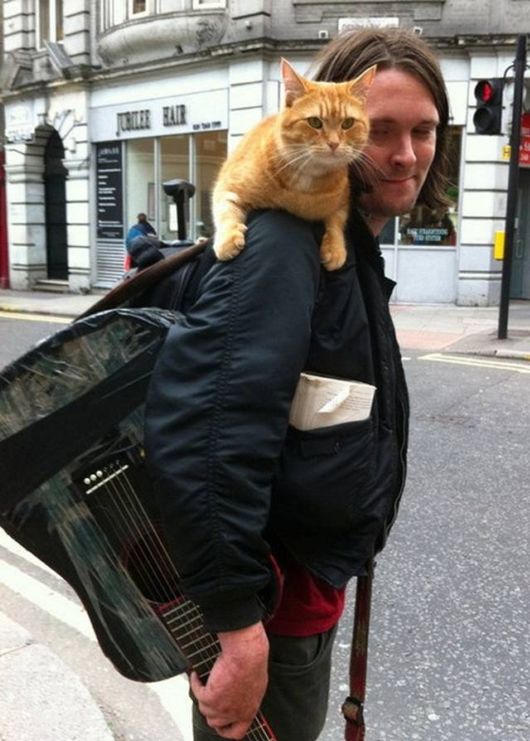 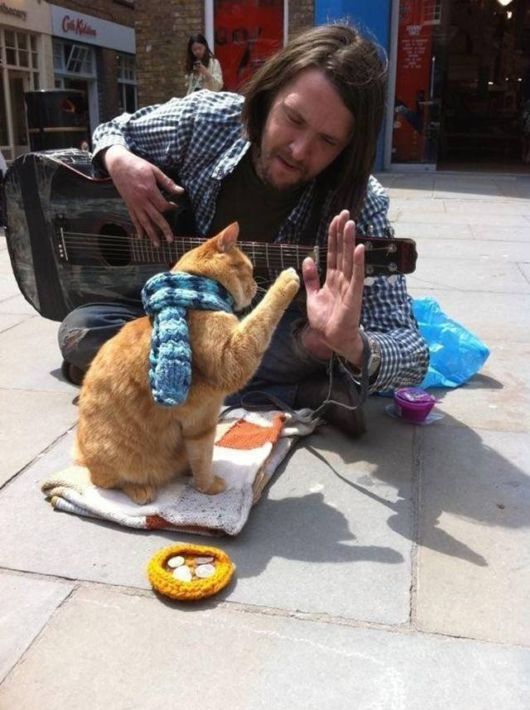 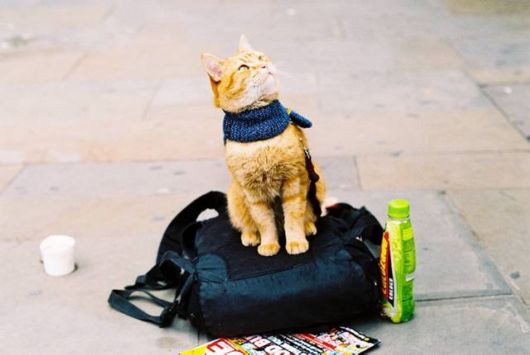 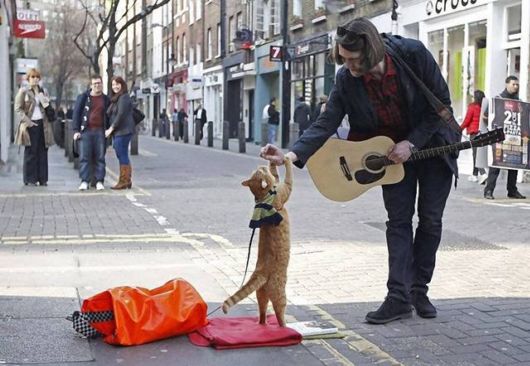 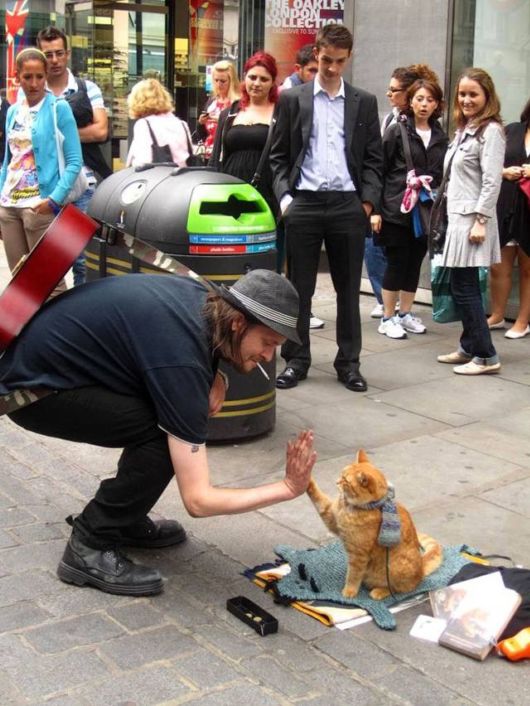 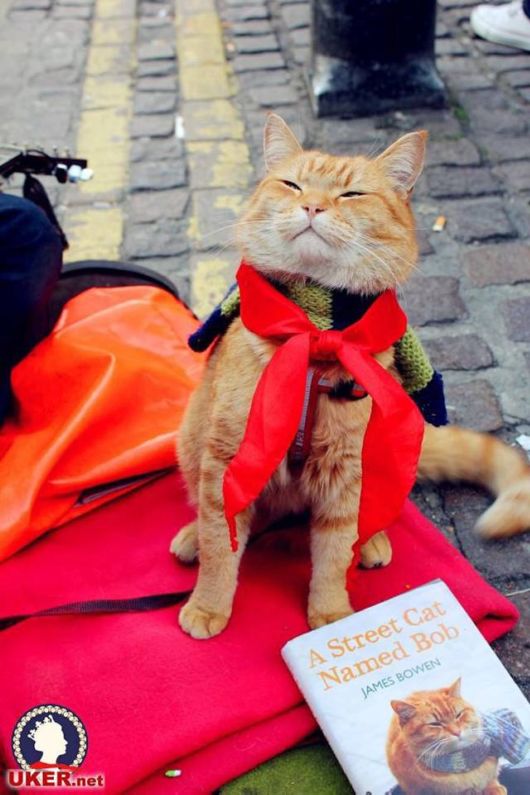 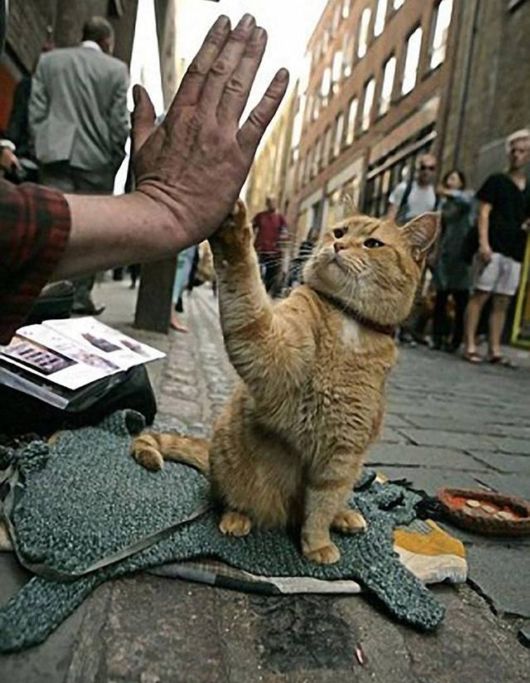 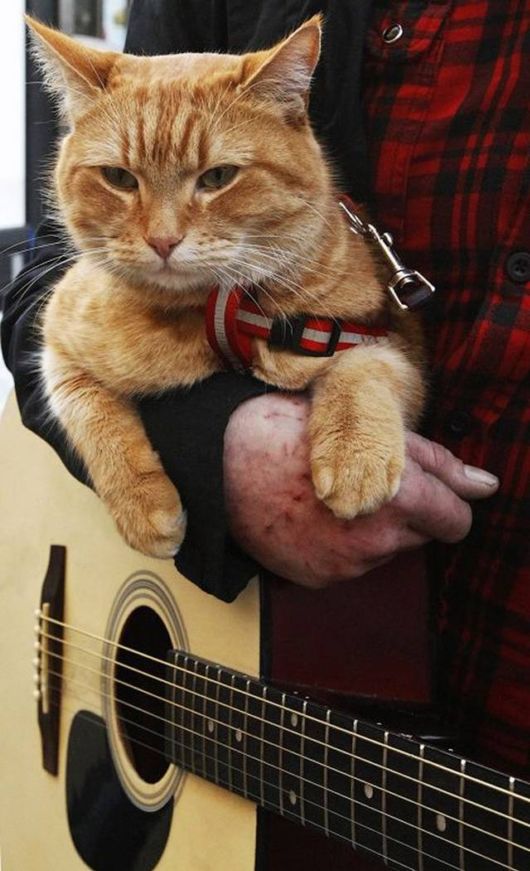 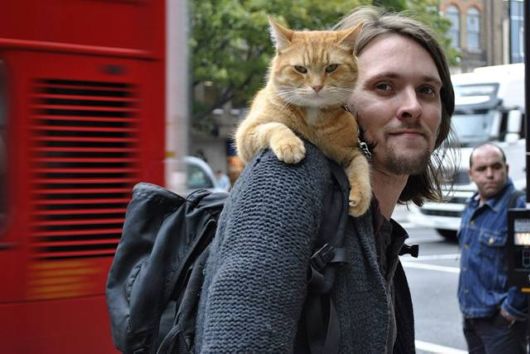